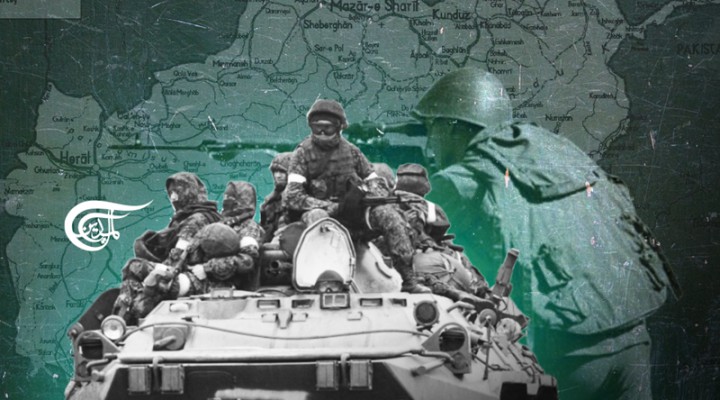 As the US ignites disruptive bushfires around Russia’s periphery — in Kazakhstan (again), Belarus (again), Georgia, Poland, Moldavia and Transnistria — why should the Axis not fan a few disruptions on America’s periphery?

We need to ste back, and to take a long view on Ukraine. The start point however — a tad counter-intuitively perhaps — must be Afghanistan. Why? Because Afghanistan is – and still is – the quagmire default ‘print’, dredged-up by a West that has lost its civilisational cojones to fight, other than through remote proxies, and false flag info-war.

In a nutshell, a Polish-American, Zbig Brzezinski, persuaded his boss, Jimmy Carter, to infiltrate the spore of a particularly virulent variant of political Islam into Afghanistan, in the hope that the resulting pandemic would collapse the Soviet Union. The latter indeed did implode. But that crash was unrelated to the ‘quagmire-insurgency’ that the US had unleashed with its mega-project for Afghanistan. (The USSR was collapsing, quite separately, as a result of its inherent contradictions as set out in George Kanaan’s Long Telegram of 1946.)

The narrative of the US triumph over Russia in an Afghan quagmire has become entrenched as one of America’s foundational myths (despite being untrue). What the ‘Project’ did achieve however, was to ruin Afghanistan for the next two decades – and to spawn ‘collateral damage’ from the inserted lethal variant of political Islam, then highly contagious, spreading into the West, to birth America’s next mega-project — the ‘War on Terror’.

That induced ‘pandemic’ was then used to serve two other purposes: Gulf States took advantage of it, to stem secular-socialist and Muslim Brotherhood attacks on Gulf autocratic credentials (i.e. the wars on Syria and Iraq).  And the US swung behind its qualities of virulence and transmissibility, to create a ‘pastoral’ landscape across the Middle East – purposefully to leave “Israel” as the sole security-defence promontory, towering above the region.

The Middle East lay economically flattened, with the two main tributaries flowing into Islam crashing violently into each other – and with the region’s business model reduced to little more than exploiting its depleting fossil fuel reserves.

All this resulted in the abundant resources of a now-fractured Asian Heartland falling into the maw of the expansionist US financial net.

Now invert this image – to view it instead from the perspective of Ukraine: As Afghanistan was to the USSR, so Ukraine (in the American view) stands analogous to Russia today.

The Ukraine outcome is becoming clearer (albeit there are geographic details such as the fate of Odessa that remains unresolved). Ukraine will be dismembered. The south and the east of Ukraine ultimately – and in some format – will hue to Russia. A large bite out of west Ukraine (Galicia) ultimately will most likely be taken by Poland.  A rump ‘center-north’ will be all that remains to Kiev. The latter will be very poor: mostly rural; severed from the sea and its former ports; and with its coal, industrial and agricultural base exorcised. The EU will be obliged to pick up the Kiev ‘tab’.

It needn’t have been thus. And Boris Johnson’s nixing of any deal by Zelensky with Russia bears a heavy responsibility.

Again, in the Afghan mould, the US has introduced into Ukraine, the spores of a particularly virulent variant of European fascism that “combine all the features” of Nazism (such as antisemitism, extreme nationalism, violence, etc.) without being unified into a single doctrine. The resulting pandemic has riven Ukraine by its sheer savagery; and its contagion is likely to spread beyond Ukraine — should Poland seek to occupy its former territory of Galicia (half of which lies in western Ukraine).

During WW2, the Germans established a Waffen-SS Galicia as a Ukrainian division within the Wehrmacht. Poles as well as Ukrainians recall well the SS history in Poland. This virulent spore, when embedded into an EU state, may attract more adherents – as well as adversaries – across Europe’s east-west fault-lines.

Like Afghanistan, Ukraine will be ruined. As before, the US will mythologise the conflict as a ‘win’.  In reality though, Russia wins.  America’s victory will prove Pyrrhic.

Russia is left standing; it has maintained itself and survived. Its’ key alliance with China is intact. Its economy is stabilising, despite European all out financial war – and the global South – Africa, the Middle East and Asia – all refused to join with the US sanctions call. (Exceptions: Singapore, Japan, “Israel” – and Pakistan, which had to be colour–revolution’s into changing its stance).

The global economy will continue to separate into two distinct spheres – and into two trading systems. The latter will have a commodity-based trading structure, and the Eurasian Economic Community likely will evolve its own IMF, based on Special Drawing Rights reflecting a basket of currencies and gold.

The energy and commodity resources of the Heartland – this time round, however – will be withheld from Europe and the US. America’s commodity and collateral base to its debt pyramid will be disrupted as values soar.

Again, just as the Afghan ‘project’ caused ‘collateral damage’, so too will its twin Ukraine project. Europe will be wracked by inflation. The German industrial model, without its historic outreach into the Russian and Chinese markets, will break, and the EU as a whole will slide to a recession, aggravated by US interest rate hikes – plus the Fed draining dollar liquidity out from the Euro-dollar market (as it fights its own domestic inflation).

In gist, it is the EU betting its shirt on Russia quickly collapsing – before inflation ravages its economy. It is an extraordinary (naive) call!

With the EU falling into recession, the US hyper-financialised fiat economy is expected to follow suit soon after. The Atlanticist Rimland progressively will weaken. And, as the direction that the winds-of-change take is perceived in other regions, such as the Middle East, so power will migrate too, in sympathy.

In the Middle East (watching intently the direction of the wind), any weakening of Europe and the US will be studied closely – and “Israel” will be obvious as an island alone, on the ‘wrong side’ of the divide, in a world separated as West versus the Rest.

Iran will drift towards becoming increasingly a part of the strategic depth to Russia and China. The ramifications of a new Asian trading and credit system however, will begin to impinge on the distribution of the regional power infrastructure, as the monetary outline emerges from current negotiations.

Potentially, therefore, one disruptive effect of the Ukraine conflict implicates “Israel”. The latter has been obliged by Team Biden not only to support US criticism of Russia, but crucially to supply Ukraine with weapons that will be used to kill Russians.

The froideur that is already evident from “Israel’s” siding with Washington – against Putin – is straining a fragile relationship which, as the Russians recently reminded Tel Aviv, alone has preserved stability for “Israel” on the Occupied Golan. However, if Putin has wholly ‘given up’ on Washington and Europe in respect to Ukraine (and the wider global security architecture (and it would seem that he has), then Bennett or any other Israeli PM is no longer of use to Moscow as an intermediary channel. They become rather, an adversary.

Further, as the US ignites disruptive bushfires around Russia’s periphery — in Kazakhstan (again), Belarus (again), Georgia, Poland, Moldavia and Transnistria — why should the Axis not fan a few disruptions on America’s periphery?

“Israel’s” governing élite structure today is exceedingly friable. If these tensions cannot be resolved, some ‘parties’ within are believed to favour an attack on Iranian nuclear facilities (on the basis of ‘doing it whilst we still can’). That debate is ongoing.

The Afghan quagmire and ‘pandemic’ turned the world to America’s advantage, but the ‘Ukraine project’ is upending our world top-to-bottom: monetarily; strategically; metaphysically and ideologically.

0 thoughts on “The Longer Telegram: Ukraine”