HOME / WORLD / Has the Ukraine war become a runaway train for both Russia and Nato? 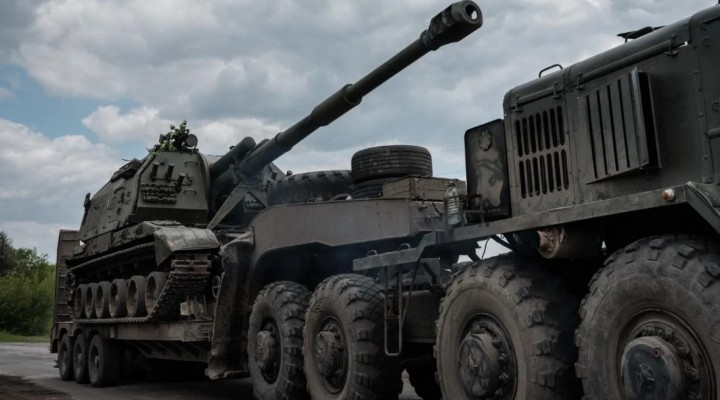 The US blueprint for Russia is the same one that failed with Iran: asymmetrical and proxy wars. Putin underestimated American power and Ukraine’s resistance

War is grinding away slowly and bloodily in Ukraine, with no hope of a ceasefire. Russian President Vladimir Putin’s long-awaited 9 May speech in Red Square on the anniversary of Victory Day offered little new.

The western media had been rife with speculation that Putin would use the occasion to make a dramatic announcement, such as a formal declaration of war that would involve a nationwide call-up. It was a storm in a teacup. Putin stuck to his narrative, that he was forced to take the action he did in Ukraine, and it was a “now or no more” enterprise. This view is also curiously confirmed by the CIA director, William Burns, who recently said that “[Putin’s] window was closing to shape Ukraine’s orientation”.

The speech has been preceded by fearsome leaks in the New York Times on US intelligence’s alleged role in the targeting of Russian generals on the battlefield and in the sinking of the missile cruiser Moskva, the flagship of Russia’s Black Sea fleet.

US edging towards direct war

The NYT columnist Thomas Friedman reported that “the leaks were not part of any thought-out strategy, and President Biden was livid about them”. He then concluded that: “The staggering takeaway from these leaks is that they suggest we are no longer in an indirect war with Russia but rather are edging toward a direct war – and no one has prepared the American people or Congress for that.”

This conclusion is not coming from the usual quarters – conspiracy theorists or Putin’s stooges – but from the doyen of US foreign policy columnists, who still exerts considerable influence over Washington’s foreign policy establishment.

Therefore, it is reasonable to conclude that if there is a big problem in Moscow, there is an equally big problem emerging in Washington.

For the time being, it is possible to come to the following conclusions. Firstly, that a Russian-Ukrainian conflict is escalating into something far bigger, with massive global implications; secondly, that this is a US war against Russia by proxy, with active support of many other Nato members, and the Ukrainians as boots on the ground; thirdly, there is also an economic war against Russia, in which all Nato and EU members have been enrolled; fourthly, that only direct talks between Moscow and Washington can now stop the conflict.

But there is no indication that dialogue can be started soon. On the contrary, the US and Russia are both now talking up the scenario of a long war. In other words, the war has become a runaway train.

Washington needs a long war because sanctions on this unprecedented scale against Russia need time to fully unfold, and because their aim now is to effect regime change in Moscow.

Moscow, which has already persuaded itself that the fight in Ukraine is an existential one for the Russian federation itself, also has an interest in drawing out the conflict it started. It wants to prove the blowback effect of sanctions, that they will have a greater effect on the world economy and on Europe than they will on its own domestic economy.

The harder sanctions bite on Europe’s economy, the more European unity will fracture, Moscow calculates. All this persuades Moscow to double down. Such a conclusion seems to be shared by US intelligence.

So, Ukraine is becoming a game of chicken to see which side will blink first. But it is equally possible that both sides are miscalculating.

The US is adopting for Russia the blueprint that has so far failed miserably with Iran: economic, asymmetrical and proxy wars. Russia is committing the same mistakes that many nations did in the 20th century, underestimating American power and determination, and its force of attraction and persuasion.

If such reciprocal miscalculations continue, the global impact could be huge. Supply chains disruption, including food security, energy and other commodities soaring; the weaponisation of currencies; world trade that could be readjusted into competitive regional blocs; debts and budgets out of control, all fuelled by unprecedented inflation; potential recession; stock exchanges on a rollercoaster, before the economic armageddon: stagflation.

Nearly 80 years of the US-led rules-based world order is now apparently questioned by 88 percent of the world’s population, loosely positioned behind the BRICs, while it is strenuously defended by the remaining 12 percent concentrated in the triad composed of Nato, the EU and the G7. This is not the ideal context in which to cope with existential threats like climate change, but this too has been forgotten in the rush to war.

Of course, you could always argue that the conflict in Ukraine had been in the works for years, decades even. Ever since Putin’s famous 2007 speech at the Munich Security Conference, where he lambasted Nato for its expansion and for its alleged betrayed promises, Russia was on a correction course in its relationship with the West. It is certain that Putin planned his invasion some time ago, filling up Russian coffers with gold, and building up his army and rocket forces.

However, the past two months have shown that early planning does not always imply good planning. The strength of Ukraine’s resistance, often using the same weapons the Russians have, has surprised and disrupted Putin’s plans for a lightning strike and quick victory.

In retrospect, and always according to the Russian perception, Ukrainian resistance would demonstrate that the country was a real threat to Russia because its armed forces have revealed elevated combat skills which, certainly, cannot have been built in the few weeks since the war started. Someone must have been effectively arming and training Kyiv’s armed forces in the past few years. So, by evoking his “now or no more” choice, as he did in his speech, Putin may have had a point. Of course, this will not absolve him from the crime committed by invading Ukraine and prosecuting the war so ruthlessly.

Most probably, if someone inside the Russian system ever challenges Putin about the conflict, it will not be for having launched it, but for having waited for too long. The second objection, always from the currently prevailing hawkish Russian nationalist perspective, is that such delay has created facts on the ground that are now presenting an existential threat to Russia.

The picture is more complicated for the US. For starters, the end of the cold war notwithstanding, a strong Russophobia had always survived in the American security and foreign policy establishment. The late Madeleine Albright was its standard bearer.

This school of thought planted, with Eastern European countries’ complicity, the seeds of the current crisis with Nato’s eastward enlargement. With Russia’s war with Georgia in 2008, Crimea and Donbas in 2014, and in Syria in 2015, it has done nothing but grow. From 2016 onwards, with Trump’s election and Russiagate, it has become obsessive.

The Most American Thing That Has Ever Happened

0 thoughts on “Has the Ukraine war become a runaway train for both Russia and Nato?”