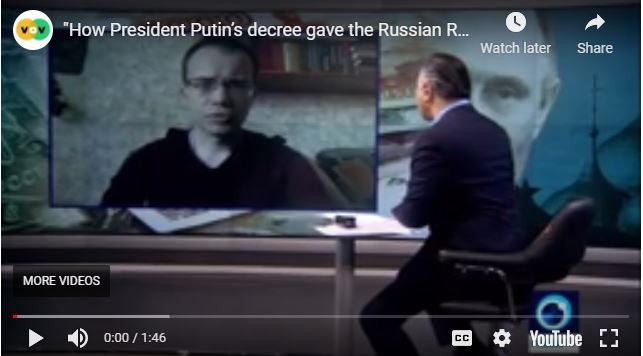 When the Russian President announced the ruble payment for energy from European countries, the US said this was a sign of desperation, and it would last.

Now, 1 month into the scheme, its paying off, and the Russian President is laughing all the way to the bank. SO why did it work, and why have many EU countries continued to buy gas from Russia: just some of the angle’s we’ll be covering in today’s edition of ED.

Andrew Korybko elaborates on how President Putin’s decree gave the Russian Ruble a major boost while faced with brutal sanctions.

The ‘All or Nothing’ Wars

A Once in a Century Opportunity

0 thoughts on “The successful Ruble scheme”