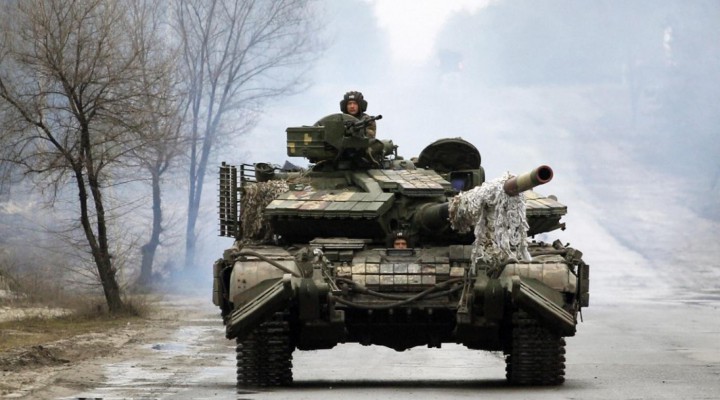 As China challenges the West with Eurasian integration, the biggest geopolitical change of this conflict is not Kyiv’s alignment with its neighbours, but Berlin’s

In the first two decades of the 21st century, nature and history have come back to haunt us.

Climate change and the Covid-19 pandemic have shown that unchecked globalisation and technological progress will not spare humanity from international conflict and threats. Endless wars in Western Asia and the return of competition between the US, China and Russia have challenged the West’s confidence in its ability to set the rules for the global order.

It has proved unable to build states in its own image. The fourth wave of the global industrial revolution will not be exclusively western-led, and democracy will not conform to a neoliberal model. The war in Ukraine is one of the latest manifestations of history coming back to bite us – and there are fears of more to come, particularly with regards to Taiwan.

The media tends to oversimplify and personalise conflicts. Russian President Vladimir Putin is portrayed as the main villain for sending thousands of troops into Ukraine and attempting to take over the country. But history is more complex than the simple decisions of a leader, regardless of how ruthless or powerful he might be. The war in Ukraine is the sad epilogue of an unresolved conflict stretching back three decades, nurtured by an abysmal lack of common sense on both sides.

Western democracies are right to express outrage at the Russian invasion, and they genuinely believe they are on the right side of history. They boast of superior moral and political credentials, and they are convinced they will prevail in the global public relations struggle, imposing their own narratives and isolating Russia for its brutal behaviour. Most probably, they will.

The biggest problem is that Putin does not care about this anymore, if he ever did. By deciding to attack, the Kremlin has clearly shown that it does not nurture any interest in global public opinion, particularly that of the West. Putin surely factored into his planning the likelihood of harsh western reactions and sanctions.

From Russia’s perspective, ensuring its security interests in Ukraine prevailed over any other consideration. There was probably a decision in Moscow that it was better to “normalise” Ukraine now than to await further developments, amid the risk that Ukraine could formally become a Nato member.

It would be reasonable to assume that China had prior warning of Putin’s project. The Russian leader takes pains to condition the environment before acting, and he would not have issued a historic, overly ambitious joint communique with China on 4 February while leaving his chief ally in the new world order in the dark about Ukraine. And China has already rejected western sanctions against Russia, calling them illegal.

Crucially, the conflict in Ukraine is redefining Europe and transatlantic relations. For decades, Germany has tried to navigate European foreign policy, aiming to be a faithful Nato member and EU powerhouse while simultaneously maintaining close economic relations with Russia and China.

This game is now over. Berlin has frozen the Nord Stream 2 gas project, agreed to cut Russia out of the Swift global payment system, and sent lethal weapons to Ukraine. Any of these moves could place Berlin on a collision course with Moscow. It is too early to say whether the new German leadership is fully convinced of the soundness of these decisions, or whether it felt there was no choice.

The biggest geopolitical prize of this conflict is not Ukraine’s alignment with its neighbours, but Germany’s. Ukraine will be probably be “normalised” in one sense, but Germany, too, in another. Ukrainians may soon discover that they have been used – perhaps even sacrificed – for a more pressing concern than Nato or EU membership.

German “normalisation” is an extreme attempt to disrupt or weaken the Eurasian integration that China, Russia and other like-minded countries are pursuing within the frameworks of the Belt and Road Initiative, the Eurasian Economic Union, and the Shanghai Cooperation Organisation. This is an ambitious project of economic and trade integration outside the US-led global economic order.

A Eurasian bloc would be far less threatening if it was cut off from German and European markets. An alternative to the western economic order would have been tamed.

As China’s rise is considered the primary threat to the US in the 21st century, it is essential for the American leadership to disrupt Beijing’s landmark geopolitical and geo-economic project of Eurasian integration. While attempting to curb Chinese plans, the US has wisely opted to withdraw from costly trouble spots, including Afghanistan and possibly the broader Middle East region.

It is better to focus energies on Europe. The old continent will be far more crucial to US attempts to maintain its leadership and hegemony in the 21st century. By invading Ukraine, Moscow has done Washington a massive favour by rallying Europeans against the threat of an Oriental autocracy. Now, the immediate threat is Russia – but China will follow soon. The list of grievances against Beijing (Taiwan, the South China Sea, Xinjiang, Hong Kong, cybersecurity, etc) is constantly growing.

Someone could thus ask: why has Russia made such an apparently stupid move? To reiterate, Moscow does not care anymore, believing that its relationship with the West – Europe included – is beyond repair. Beijing is probably approaching the same conclusion.

From the US/western perspective, a Russia severely bogged down in Ukraine is an ideal outcome to hit the weakest link of the Russian-Chinese Eurasian partnership. The coming weeks will reveal whether this calculus is correct.

Meanwhile, it remains to be seen for how long Europe will maintain its newfound unity. The economic impacts on Russia may have dramatic consequences for Europe’s own economic recovery.

Over the last two years, public faith in western governments and leadership has been severely tested by the West’s faltering response to Covid-19, lockdowns, rising inflation and spiralling energy prices. The appetite for more economic and social shocks is thin. Regardless of whether they are blonde and blue-eyed, Ukrainian refugees will have competing demands for scarce housing, schools and medical resources.

Western Europe and Russia are indulging in a dangerous game of economic brinkmanship. The Russians are accustomed to hardships. It remains to be seen whether Western Europe is too.

0 thoughts on “Russia-Ukraine war: The real prize is cutting Germany off from China’s Eurasia plan”