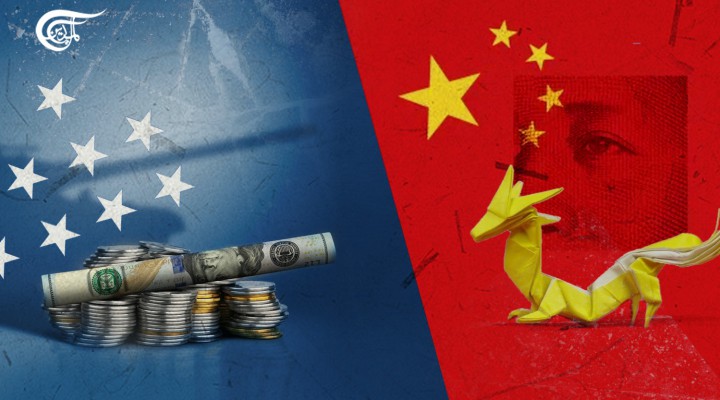 The new order is being unfolded, even if it remains rhetorically dressed in the clothes of the old. In case anyone has not got the message, it is all about Cold War with China.

Well, that all moved remarkably swiftly.  Hot on their ‘head-over-heels’ scramble out from Afghanistan, leaving friends and billions of dollars of baggage sitting on the airport apron as the last ‘plane lifted off toward the horizon, the US begun ruthlessly unfurling its new ‘world order’: Air defences were stripped from Saudi Arabia; “Israel” was told to expel the Chinese building its Haifa port; and France and the EU were ‘shafted’ by the new AUKUS deal, negotiated in total secret, over many months.

Europe was blindsided. France reportedly found out about the deal from media reports. Le Drian and France’s Armed Forces Minister, Parly, issued a furious statement calling the deal a “stab in the back.” To make matters worse, the announcement came just one day before the EU was set to present its own strategy for the Indo-Pacific, embarrassing the Europeans just as they sought to flex their geopolitical muscle. “I suppose that a deal like that wasn’t cooked the day before yesterday”, Josep Borrell noted wryly, at a press conference to unveil the EU strategy, which was wholly eclipsed by the AUKUS deal.

The ‘old order’ is being ruthlessly cast aside, so that “everything should stay the same” — for the global élite (that is to say). The new order is being unfolded, even if it remains rhetorically dressed in the clothes of the old.  In case anyone has not got the message, it is all about Cold War with China. Anything else is for the dogs. If the Empire hub’s closest province – Europe – is so perfunctorily thrown under a bus, the furthest provinces of imperial reach now are beyond consideration.

Ostensibly, AUKUS is about the supply of nuclear-powered, but conventionally weaponised submarines.  But the heart of the pact negotiated over the months in total secret, resides in the transfer of nuclear technology between the parties. Effectively Australia, situated plumb in China’s backyard, is slipping within the western nuclear umbrella.  With nuclear technology at issue, America’s commitment to Australia evolves into a quite different quality of pact.

According to a recent media report, the Biden administration is weighing Taiwan’s request to change the name of its mission in the United States from the Taipei Economic and Cultural Representative Office (TECRO), to the Taiwan Representative Office – with the proposal receiving “wide support inside the National Security Council.” While such a name change may sound insignificant, in reality it has important implications. Removing the reference to economic and cultural ties and adding the word “Taiwan” would implicitly upgrade the status of the office to something more akin to an embassy.  It would effectively reverse America’s One China Policy, which has been in place ever since 1972, when the US acknowledged that “all Chinese on either side of the Taiwan Strait maintain there is but one China; and that Taiwan is a part of China”.

The key question here is who it is who thought-up this double ploy that faces China with a situation worse than the 1963 Cuban Missile crisis, one which saw Soviet missiles situated in America’s backyard?  On the one hand, Taiwan – China’s old civil war adversary – would be elevated to western values’ showcase, if not as a ‘country’; and on the other, Australia would threaten from inside China’s sphere of influence, as the West’s nuclear anvil.

Which arm of the US government was it that so provocatively proposed turning the Taipei TECRO office into a Taiwan (semi-diplomatic) mission?  It is difficult to imagine that such an initiative originated in the mind of Biden or Blinken.  It is subtle — it is but a tiny symbolic change (it will be claimed), but it is nonetheless one that China can neither ignore, nor fail to respond to.

We are speaking here of a China that was already spooked by General Milley’s call last October to his counterpart, promising to warn him of any Trump instigated, impending nuclear US attack on China. There is no evidence that Trump planned such a thing (though Nancy Pelosi – through to Inauguration – was conjuring to Milley all types of apocalyptic game-breaker events occurring in Washington). Milley clearly transmitted her mental anxieties to his counterpart.  But what spooked Beijing so, was that it had not even considered a nuclear exchange to be remotely ‘on the table’.

Milley’s subsequent January call seems to have deepened Chinese apprehensions (rather than allay them, as he intended) – prompting Beijing to ask, who the hell is it, actually making the decisions over there?

This is an important question to which we have no answers.  Who fed this notion of a Taiwan Representative Office ploy into the broadly receptive US National Security Council?  The Pentagon?  Or would it have originated from someone in the Military Industrial Complex (MIC)?  Biden is known to be close to the MIC, and has been a stalwart voter for intervention. The latter also contributed generously to Biden’s campaign success.

Maybe this is to search in the wrong place: Thomas Wright in an Atlantic piece, entitled Biden Worries China May Win, writes: Elements of the Biden worldview are hiding in plain sight … Just listen to what the president says: “We’re at an inflection point between those who argue that … autocracy is the best way forward,” he said in February, “and those who understand that democracy is essential”.  The following month, he told reporters, “On my watch,” China will not achieve its goal “to become the leading country in the world, the wealthiest country in the world, and the most powerful country in the world.” In April, Biden repeated this theme, arguing that the world was at an inflection point in determining “whether or not democracy can function in the 21st century”. Then last month, he was even more specific, telling David Brooks of the New York Times, “We’re kind of at a place where the rest of the world is beginning to look to China”. Tellingly, he doesn’t just say this in his formal remarks; he brings up the subject all the time.

How so? China will neither be the leading, nor the most powerful or the wealthiest state, on his watch? That’s the new ‘order’?  Sounds a bit as if the MIC lobby may have been pushing at Biden’s ‘open door’ again. Yet, a very different group of post-9/11-era US thinkers regards the present China hawkishness as a dangerously self-fulfilling prophecy. They are likely very right.