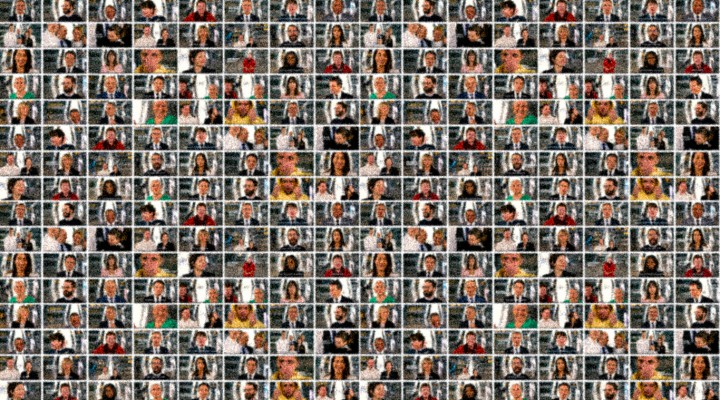 NATO’s latest video is yet another example of how superficially progressive language is used to put a gloss on fundamentally regressive institutions.

MPN- Earlier this week, NATO put out a promotional video celebrating their diversity. The heavily-produced video featured a range of smiling people of all ages, genders and races, painting the international military alliance as a progressive force.

“At NATO, diversity is our strength. We speak many languages. We have different skills, our own unique personalities. We come from all over the world, from every walk of life. No two of us are the same. We work together. Respect our needs. Embrace our differences. Because we all have one thing in common: we are NATO,” the advertisement said.

Few on social media appeared to be impressed. “More intersectional imperialism from this U.S.-led military cartel of neocolonial gangsters. NATO claims it loves diversity, after destroying Libya, the most prosperous country in Africa, bringing it slavery,” reacted The Grayzone’s Ben Norton — adding, “NATO says ‘zero discrimination’ after supporting ex-Nazis in Operation Gladio.” Journalist Richard Medhurst was similarly unmoved: “Unless you change your name from NATO to NATX don’t even speak to me about diversity. I want to see rainbows on those bombs,” he tweeted.

Other responses included “We might bomb innocent civilians but at least we’re not bigots;” “NATO will foist superficial diversity on our graves;” and “Imperialism, but make it woke.”

Diversity is our strength.

Retweet to join us in celebrating the differences that make us stronger 💪#ZeroDiscriminationDay pic.twitter.com/As4phmspXR

The video is part of a wider rebranding exercise for the alliance of European and North American nations. On NATO’s official YouTube page, it also has a video titled “NATO celebrates Human Rights Day,” as well as ones dedicated to celebrating female service members, Sikh soldiers, and military dogs. All feature the slogan #WeAreNATO, a public relations attempt to market the organization domestically in the face of mounting skepticism. The campaign dates back to 2017 in an apparent effort to counter then-President Donald Trump’s criticism of the organization, and was created by MHP Communications and Agenda, two corporate PR firms based in London and Washington respectively.

NATO was founded in 1949 with the goal of being a defensive organization dedicated to stopping a possible Soviet invasion of Europe. In this role, it joined forces with many regressive elements in post-war Europe, indeed promoting a number of prominent Nazis to senior positions. For example, in 1961, Hitler’s chief of staff, Adolf Heusinger, was made chairman of its military committee. However, with the dissolution of the USSR in 1991, NATO moved from guard dog to attack dog, expanding its domain from Europe to across the world, taking part in attacks on Libya, Iraq and Afghanistan.

It has also expanded into cyber warfare. At its 70th birthday celebrations in 2019, the former  supreme allied commander of NATO, James Stavridis, declared that in 10 years NATO would be “far more engaged in… cyber security” and would have much greater “offensive cyber capability.” NATO’s semi-official think tank, the Atlantic Council, already works closely with Facebook on content curation.

Last month, the Atlantic Council published a 26,000-word report arguing that it should move closer to war with China. The U.S., it advises, must use the power of its military to draw a number of red lines around the Asian nation. If China crosses these, then the U.S. must respond militarily or suffer international “humiliation.” The Atlantic Council has also been at the forefront of pushing for increased hostilities with Russia.

In recent years, public support for NATO has been falling in many of its key member states. The organization is far less popular with Europeans who place themselves on the left of the ideological spectrum. In Sweden, for instance, only 38% of leftists see NATO in a favorable light, compared to 79% of those on the right. This move towards using inclusive, progressive rhetoric appears to be part of an appeal to a more liberal audience.

NATO is far from the only organization attempting to rebrand itself as woke. The FBI, which spied on Dr. Martin Luther King and even sent him a letter advising that he kill himself, celebrates the reverend every January, attempting to position itself as on the same side of the fight for justice as was the noted civil rights campaigner.

Look out, too, for corporations and government entities celebrating International Women’s Day on Monday, March 8, presenting themselves as bastions of feminist thought. Last year, petroleum giant Shell even rebranded to “She’ll” for the day, in an effort to pink-wash its poor public image. Other giant corporations, such as Dow Chemical, have attempted to present themselves as LGBT-friendly businesses.

Meanwhile, Israel has tried to “vegan-wash” its international image by promoting itself as a land of tolerance and compassion towards animals. Members of its armed forces are able to illegally occupy its neighbors while wearing cruelty-free boots and uniforms made of entirely synthetic or plant-based materials.

Ultimately, NATO’s latest video is another example of how superficially progressive language is used to put a gloss on fundamentally regressive institutions. Selling war as woke, however, might be a bridge too far, judging by the response to it.