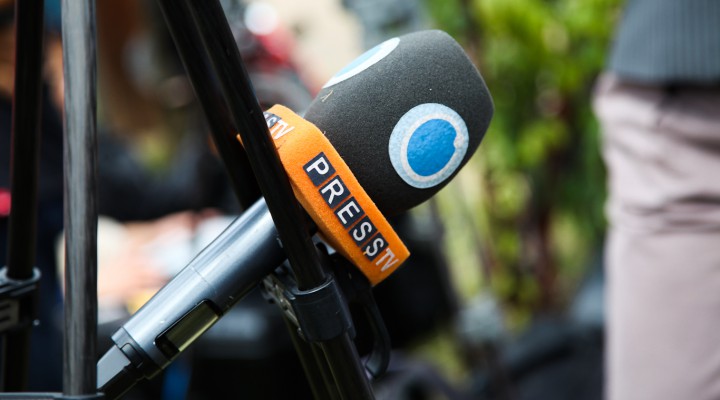 Press TV says the move is “part of an anti-Iran purge as the West sets its sights on regime change in Iran.”

“This attack on the freedom of speech of Press TV’s journalists seems to be part of an anti-Iran purge as the West sets its sights on regime change in Iran,” Press TV said. Its content, in its own words, focuses on “anti-imperialism, anti-racism, and covers aspects of the news which the mainstream corporate media in the United Kingdom have refused to air.”

British-Sudanese journalist Ahmed Kaballo accused Google of acting like the “judge jury and executioner” for his employer’s channel, expressing his great disappointment that his journalistic output is now gone and his worry at “what this really represents” for alternative media that “show a different perspective and holds a critical lens” on war and empire.

MintPress News reached out to Kaballo for comment. “The actions of Google in the last 24 hours has made me lose hope in the idea of free press and free speech,” he said. “Journalism is about pushing the boundaries and being fearless in our reporting but in this climate where they can do this to us in this fashion, it’s clear that our perspective. which is overtly anti-imperialist, is, in the eyes of Google, simply not allowed.”

If so, explain the censorship of @Presstvuk's YouTube acc in London?

Whether u agree with what we say or not – I urge u to defend our right to say it pic.twitter.com/yfLgjXEgH0

After online pushback, by Wednesday morning UK time, Google had reversed its decision. However, just as Press TV was celebrating its reinstatement, it was again taken off the air. YouTube sent a message to Press TV UK claiming that they had received a complaint about the channel and decided that it violates their terms of service. Kaballo described the political hokey pokey his organization was under as “psychological warfare.”

This is psychological warfare they want to demoralise us and this stage it's clear they are playing with us! pic.twitter.com/KWhjuvmEQc

Press TV says the move is “part of an anti-Iran purge as the West sets its sights on regime change in Iran.” It comes in the context of the Trump administration’s assassination of Lt. General Qassem Soleimani January 3, while he was in Iraq attending peace talks. In response, Iran launched dozens of ballistic missiles at U.S.-occupied military bases in Iraq, although it was careful to warn the U.S. of the attack beforehand. As a result, there were no deaths. The Iraqi parliament also immediately voted to expel all American troops from the country. However, the U.S. refused to leave.

While the threat of a hot war with the Iran appears to have subsided, an intense, online propaganda war rages between the two countries. During his funeral, the hashtag #IraniansDetestSoleimani trended across American Twitter. But analysis showed that it was not Iranians, but organized Trump supporters who were boosting the message, supporting, as 47 percent of Americans did, their president’s decision to kill him.

Last Friday, Facebook announced that it felt compelled to delete all positive posts about the deceased general from its platform and its subsidiary Instagram. “We operate under U.S. sanctions laws, including those related to the U.S. government’s designation of the Iranian Revolutionary Guard Corps (IRGC) and its leadership,” it said, explaining that Trump’s new sanctions made supporting Iran online on any American website essentially illegal. Instagram had already closed Soleimani’s account in April last year, following Trump’s designation of the IRGC as a terrorist group. Just after Facebook’s decision, Twitter suspended Ayatollah Khamenei’s account for “unusual activity.” Instagram is extremely popular in Iran, with around one in three people owning an account, almost as popular as Soleimani, who over 80 percent view positively or very positively. Thus, the U.S. government has, through pressuring monopolistic Silicon Valley giants, effectively banned a majority opinion being shared by Iranians to Iranians, in Iran.

BREAKING: #PressTVUK YouTube account taken down for a second time – without explanation – after a first appeal showed no violations committed.

This is not the first occasion that the U.S. government has used the American monopoly over the means of communication online to shut down alternative voices from other countries. Facebook has previously de-platformed Venezuela-based outlets TeleSUR English and Venezuelanalysis, both of which offered differing opinions and analysis of the U.S. government’s actions in Venezuela and Latin America. Meanwhile, the Trump administration has forced RT journalists to register as “foreign agents,” under a rule originally set up to deal with Nazis during World War Two.

Press TV, too, has had a history of poor treatment at the hands of the U.S. state. In January last year, the FBI illegally detained Press TV anchor Marzieh Hashemi for ten days. She was never charged and was deprived of Halal food and a hijab during her detention. While the network is still reachable directly on its website, the fact that the U.S. government can unilaterally decide what the world sees, hears or reads, zapping British based Iranian networks from universal social media giants the entire world uses raises questions about freedom of information in the digital age.

0 thoughts on “Keeping with its Crackdown on Alternative Voices, Google Deletes Press TV from YouTube”