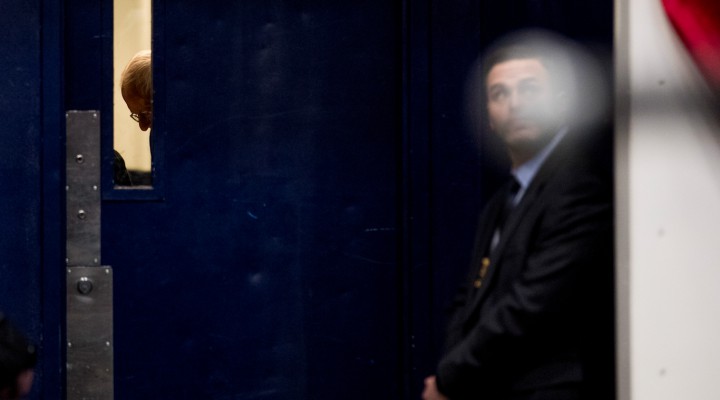 The Beat Bernie 2020 PAC is insisting on keeping its members’ and donors’ identities a secret, due to what they call “a credible fear of threats and backlash from ardent Bernie supporters.

MPN– A shadowy new PAC calling themselves the “Beat Bernie 2020” movement has launched what it calls a “massive grassroots fundraising haul” among citizens concerned that “Bernie Sanders is creating irreparable division on the left that will create significant difficulties for the Party’s eventual nominee.” The PAC claims that the Vermont senator is creating a “with us or against us” attitude, complaining there is now “no grey area in between to have a real dialogue,” – a strange complaint given that its only stated goal is to unequivocally prevent a Sanders nomination. The PAC alleges that Bernie has “no real explanation for how he will implement any of his proposed changes” and “he doesn’t actually know what he’s doing.”

The group claims that their motives are purely in good faith: “Democrats need to unite against Donald Trump,” it stated in a press release, arguing that the candidate must not be Sanders, as nearly half his supporters will not commit to voting blue no matter who. But if beating Trump was their only goal, then the obvious response would be to rally around Sanders as leader as losing that much support would doom the party to failure in November. Bernie has also built up a huge base of support from several key constituencies, winning the black, Hispanic, white working-class, poor, unionized, youth and independent vote in New Hampshire – a coalition diverse enough to carry the day against Trump. Indeed, virtually the only groups he has failed to win over are rich, older professionals, groups that tend to vote Republican in the general election.

So an anonymous bloc of Democratic Party donors is launching a PAC specifically designed to stop Bernie Sanders and saying it won’t release its funding sources because Sanders supporters are too mean online? Looks like the establishment has officially entered full freakout mode. pic.twitter.com/oIgKlsETOb

Beat Bernie 2020 is insisting on keeping its members’ and donors’ identities a secret, due to what they call “a credible fear of threats and backlash from ardent Bernie supporters, a tactic they have become infamous for using ruthlessly on social media, especially Twitter.” They claim:

Sharing any kind of criticism about Sanders is almost always met with intense harassment ad bullying from Bernie-backing trolls, often with sexist and racist undertones…This is the same level of fear many Democrats feel when interacting with Trump supporters in MAGA hats, and while Bernie isn’t directly responsible for the actions of his supporters, he also hasn’t taken a serious effort to condemn this behavior.

Sanders is the overwhelming frontrunner for the nomination. After winning the popular vote in Iowa and New Hampshire, he has taken a ten-point lead in a national poll released yesterday by Morning Consultant. His closest challenger, Joe Biden, finished a lackluster fourth and fifth in the first two states and has failed to bag any delegates so far. Biden has also chosen to skip Nevada altogether and concentrate on the fourth state, South Carolina. Multibillionaire former New York mayor Michael Bloomberg is eleven points behind but has not even begun contesting states. Sanders’ main rival so far, former South Bend mayor Pete Buttigieg, sits on only eleven percent support nationally, around a third of Bernie’s numbers. He also polls barely above zero among non-whites, a problem going into the diverse states of Nevada and South Carolina. The charge that “Bernie Bros” are uniquely toxic is not borne out by a 2016 survey, which found Clinton supporters to be twice as aggressive and angry online as Sanders followers, who were among the most friendly or meek.

Which candidate or candidates are you considering voting for in the Dem primary or caucus in your state in 2020?
Sanders 45%
Biden 42%
Warren 40%
Buttigieg 35%
Bloomberg 32%
Klobuchar 21%
Steyer 11%
Gabbard 6%@YouGovUS/@TheEconomist, Dem Primary Voters,https://t.co/7GjclsIbRF

The news that Sanders is now the favorite in all fifty states has many Washington insiders seriously rattled. “If Bernie Sanders looks like he’s running away with it, for the Democratic establishment that’s almost as scary as losing to Donald Trump,” said MSNBC Morning Joe host Willie Geist. His colleague Joe Scarborough explained that the Democrats could look to Mike Bloomberg as their “political savior.” “It may not be to get the 50 percent” of delegates, he said. “It may just be to stop Bernie and open the door for somebody else.”

There is very little information as to what the group intends to do or how it will attempt to block a Bernie takeover of the Democratic Party. Visiting the campaign’s website, there is nothing except a large donate button and a short message claiming that he has become “one of our nation’s most divisive figures” leading a “rogue army of online supporters who threaten, insult, and bully” anyone who dares question him.

The anonymous “grassroots” campaign is strongly reminiscent of the organization Prop Or Not, which claimed to be a grassroots campaign of experts who were concerned about Russian propaganda and fake news but was likely the brainchild of CNN National Security Specialist Michael Weiss, who used it to defame alternative media organizations. Is Beat Bernie 2020 a genuine grassroots movement or a fake astroturf organization designed at defending the power and influence of the elite? Or perhaps it is a clever grift to siphon donations from rich moderates worried about a socialist president? One thing is clear: if Sanders continues to rise, the establishment will become increasingly nervous about the prospect of seeing the 78-year-old socialist in the White House.