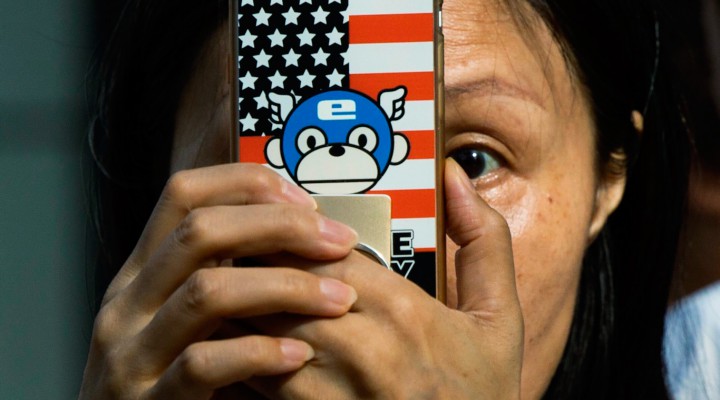 In the 1980s, the US imposed a 100% tariff on virtually all Japanese electronics and forced Tokyo to sign a one-sided trade deal that reserved much of its domestic semiconductor sector for American companies.

MPN- With just days left in office, the Trump administration has blacklisted an additional nine Chinese companies, adding them to a long list of firms on the U.S. military blacklist and escalating the trade war on Beijing as the U.S. attempts to suppress China’s economic rise.

The Department of Defense claimed that those on its list are secretly owned or controlled by the Chinese military and that it was “determined to highlight and counter” threats that “appear to be civilian entities” but are not. Those companies are now likely partially blocked from the U.S. market and from doing business with American companies.

Chief on the list is electronics giant Xiaomi, whose stocks plunged by 11% this morning and have not recovered. While still relatively unknown in the U.S., Xiaomi is a global giant, manufacturing televisions, smartwatches, tablets, and all manner of home appliances. They are surely best known, however, as makers of smartphones. In quarter three of last year, Xiaomi stormed past Apple to become the planet’s third-largest smartphone maker, behind only Samsung and fellow-sanctioned Chinese giant Huawei. Xiaomi sold 46.5 million units, a 42% increase on Q3 last year — an impressive jump, especially considering the economic slowdown caused by the coronavirus pandemic. Airplane manufacturer Comac, oil giant CNOOOC and Chinese chipmaker SMIC were also added to the list.

Quickly developing a loyal base of customers, Xiaomi is increasingly seen across the planet as a major competitor to Apple, selling similarly specced units for a fraction of the price of an iPhone. By contrast, both Apple’s smartphone sales and market share have been falling dramatically, suggesting that, unlikely as it seems, Apple could go the way of Nokia or Motorola before them.

The Real Target of the Huawei Sanctions and the Trade War

The government’s move is the latest episode in the ever-intensifying trade war against Beijing. The Trump administration has previously sanctioned other Chinese tech giants like smartphone manufacturer and 5G provider Huawei and video-sharing social media app TikTok, claiming them to be dangerous appendages of the Red Army. In 2020, the president threatened to shut down TikTok, unless it was sold to an American corporation. Other pro-U.S. countries such as India went further, instituting an outright ban on the popular platform.

It is unclear who, apart from American tech firms, have been the beneficiary of this trade war. A recently-published study found that Trump’s decisions on China have cost close to a quarter of a million American jobs already and will likely lead to the loss of 145,000 more by 2025.

The Trump administration has also built on President Obama’s military “Pivot to Asia,” attempting to encircle Russia and China with American military bases, and building alliances with Beijing’s neighbors in order to do so. U.S. warships and planes have been probing the Chinese coast for months, attempting to gain more knowledge about their defense systems. In July, the U.S.S. Rafael Peralta went within 41 nautical miles of the coastal megacity of Shanghai. Last month, the military also flew nuclear bombers over Chinese ships close to the province of Hainan Island.

The China tech ban mirrors the moves in the 1980s to destroy the Japanese semiconductor industry, which had rapidly risen and overtaken its American competitor. If nothing was done, Japan would have easily overtaken Silicon Valley to become the world’s electronics and communications capital. The U.S. imposed a 100% tariff on virtually all Japanese electronics and forced Tokyo to sign a one-sided trade deal that reserved much of its domestic semiconductor sector for American companies and opened the country up for American agribusiness. In no small part due to U.S. actions, much of the high-tech sector collapsed, and Japan has suffered over 30 years of economic recession since. Xiaomi also makes semiconductors.

China’s response to the news was to point the finger at the U.S. Zhao Lijian, a spokesman for the Ministry of Foreign Affairs, said that the United States has a long history of civilian-military tech partnerships and accused the Trump administration of double-standards and bullying.

Lijian is not incorrect; virtually every big American tech firm has close links with the government or the military. In November, for instance, Microsoft, Google, Oracle, IBM, and Amazon Web Services all signed a 15-year deal to provide the CIA and 16 other intelligence agencies with cloud computing and other digital services. In their book titled, “The New Digital Age: Reshaping the Future of People, Nations and Business,” Eric Schmidt and fellow Google executive Jared Cohen wrote, “What Lockheed Martin was to the twentieth century…technology and cyber-security companies will be to the twenty-first,” suggesting that they saw big tech’s role as the tip of the American spear.

During the presidential debates, Trump and Biden appeared to be trying to outcompete each other on their hawkishness towards China, each presenting the other as a puppet of Chinese Premier Xi Jinping. While Biden might not have opted for a ban on Chinese companies like Trump has, analysts suggest that he is unlikely to reverse this decision, nor to change the direction of American policy. Thus, the Xiaomi restrictions are unlikely to be the last shots fired in the growing trade war against Beijing.

Feature photo | A woman takes a photo with a phone that has a United States flag themed cover outside the United States Consulate in Chengdu in southwest China’s Sichuan province on, July 26, 2020. Ng Han Guan | AP