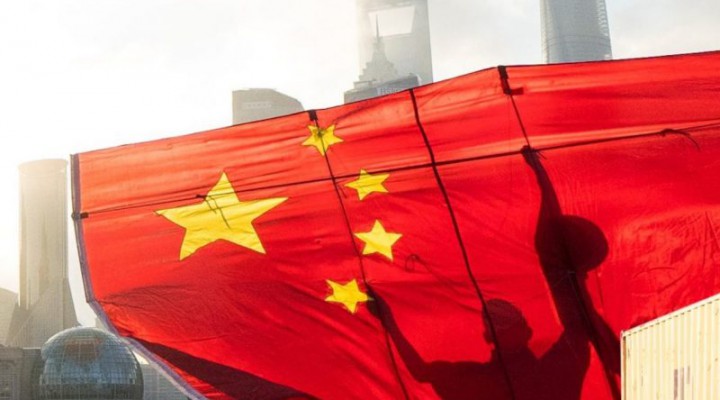 Now that the US strategic plan for ‘primacy’ over China is declassified, it’s plain for all to see it’s not working

It was hardly a secret throughout the Trump administration. Now, as dying embers are within sight and with minimum fanfare, comes the declassification – virtually the whole document, minus a few redactions – of the 2018 US Strategic Framework for the Indo-Pacific.

Why now, no fewer than 30 years before the usual standard US declassification for public record protocols apply? Don’t expect an answer from Trump or from his National Security Adviser Robert O’Brien.
O’Brien’s premise in presenting the declassification is that “Beijing is increasingly pressuring Indo-Pacific nations to subordinate their freedom and sovereignty to a ‘common destiny’ envisioned by the Chinese Communist Party.”
Trump’s national security adviser Robert O’Brien. Photo: AFP /Anton Raharjo / Anadolu Agency
This is nonsense on multiple levels. The best Mandarin-English translation for China’s overarching strategy is “community with a shared future for humanity” – a Confucius/Marx crossover based on trade, connectivity and sustainable development.

No nation is pressured to surrender its “freedom and sovereignty” to join the Belt and Road Initiative. It’s a voluntary decision – otherwise over 130 nations, including many in Europe, would not go for it. The strategy is not ideological; it’s based on trade. Moreover, China is already the top trade partner for the overwhelming majority of those nations. Is Beijing trembling?
Since 2018 we’ve all been familiar with the basic contours of the Trump administration’s “overarching strategic guidance” for the Indo-Pacific.

These are the Top 5 items – with no euphemistic softening:

On the military front, things get way trickier: The imperative is to prevent Beijing, by all means necessary, from “dominating the first island chain” – that is, the island ring from the Japanese archipelago to Taiwan all the way to the northern Philippines and Borneo. Moreover, “primacy” should also be maintained in the “area beyond.”

So once again this is all about naval containment.

Chinese strategists obviously studied their Mahan and Spykman thoroughly – and understood that the US Navy would ultimately play its trump card as a naval embargo. Thus, to contain the US Rimland strategy, the Chinese have their Heartland strategy: pipelines from Russia and Central Asia (energy supply chain) and Belt & Road (trade). A neat combination of “escape from Malacca” (in terms of oil and gas supplies) and overland connectivity.

A graphic example is the importance of the southern sector of the China-Pakistan Economic Corridor (CPEC). In the long run, that offers Beijing, via Gwadar port, prime access to the Indian Ocean while bypassing the Malacca Strait chokepoint. That can even be enhanced by upcoming Chinese investment in neighboring Chabahar port in Iran, in the Gulf of Oman.

In contrast, US strategists advising the Trump administration, apart from not improving on Mahan and Spykman, completely ignored China’s economic pull all across Eurasia. They ignored the fact that scores of nations from Central to South and Southeast Asia (the ASEAN 10) would not sacrifice their trade and investment relations to the benefit of a Made in the Beltway “vision.”

The Regional Comprehensive Economic Partnership (RCEP) deal’s recent signing all but buried the US’ Indo-Pacific strategy.

As much as they are not reality-based, the core lineaments of the Indo-Pacific strategy are not bound to change much under Biden-Harris. They will be tweaked – in a back-to-the-future manner.

The Biden-Harris point man for China is bound to be none other than Kurt Campbell, the man who invented the “pivot to Asia” concept that was then embraced by Hilary Clinton as Secretary of State and Barack Obama as President. Campbell now promises that emphasis on the sacrosanct “primacy” may be somewhat alleviated. Chinese President Xi Jinping has his eyes on the prize. Image: AFP

The 100th anniversary of the Chinese Communist Party falls next July 23. The day before the declassification of Indo-Pacific, President Xi Jinping outlined his – and the CCP’s – vision for the almost three decades culminating in 2049, the hundredth anniversary of the People’s Republic of China.

Here are Xi’s Top Three – in a nutshell:

It will certainly help that China’s GDP is bound to grow by almost 8% in 2021 – as estimated by the IMF and World Bank. Astonishingly, if that’s the case GDP by the end of this year will reach the same level that pre-Covid Western forecasters were predicting at the end of 2019: 5% growth each year for the next two years.

China may have grown roughly 2% in 2020, driven in large part by booming foreign trade.

Goldman Sachs is branding the current economic environment “the Chinese phenomenon.” China remains the high-speed-rail locomotive of global capitalism. It’s easy to notice which way scores of nations see the wind blowing when they compare it with what’s just been declassified in Washington.