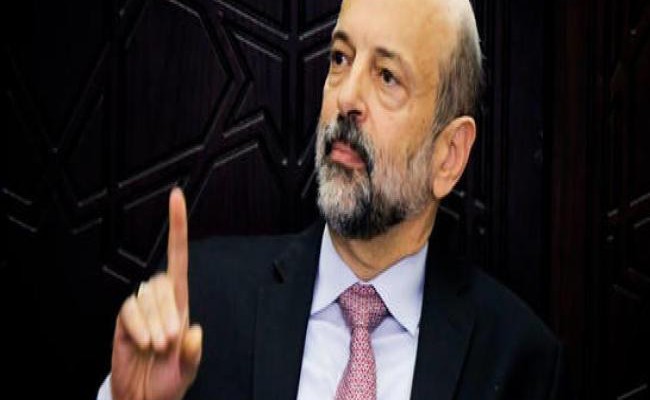 There has been controversy in Jordanian and Palestinian circles over remarks made by Jordanian Prime Minister Omar Razzaz to The Guardian newspaper last week in which he suggested Jordan could view favourably the creation of a single Palestinian-Israeli state provided it gave equal rights to both peoples.

Few if any Arab officials have ever previously looked beyond the idea of a two-state solution to the ‘Palestinian-Israeli conflict’ and openly pondered the possibility of a one-state solution. The concept has never figured in official Arab discourse or diplomacy, including the Arab Peace Initiative that was formally proposed nearly two decades ago. Arab leaders, foreign ministers and summit communique have always repeated the mantra of commitment to a two-state solution and the establishment of an independent Palestinian state on the pre- June 1967 borders with Jerusalem as its capital.

Perhaps that is why Razzaz went on to challenge “anybody from Israel”, especially Prime Minister Benjamin Netanyahu, to agree to such a solution based on equality of citizenship and political rights. Advocates of a one-state solution on the terms indicated by Razzaz turn a willfully blind eye to the racist nature of the Israeli state and the majority of Israeli society. They also disregard the ‘Jewish nation-state’ law passed by the Knesset last year, which decrees that all occupied Palestinian territory belongs uniquely to the Jewish people – implying that citizenship of Israel is a right exclusive to Jews and there is no place there for Muslim or Christian Arabs. This dispels any delusions about ‘demographic resistance’ and the numerical superiority of Palestinians in the territories under Israeli rule.

Talk of pursuing a one-state solution is no longer a way of scaring or threatening Israeli politicians with the prospect of Jews becoming a minority. It presupposes that Israel is a democratic state in which all citizens have equal rights and duties, rather than a state that systematically applies one of the worst racist regimes on the planet.

In fact, Israel does support a one-state solution for two peoples — once it has implemented the ‘Deal of the Century’ and the annexed most of the West Bank and Jordan Valley. But it wants this ‘one-state’ to be in Jordan and rather than occupied Palestine. The main mechanism to be used for achieving this is termed ‘transfer’, meaning the expulsion of as many Palestinians as possible to the East Bank where their ‘alternative homeland’ is located. There can be no doubt that Razzaz and other Jordanian officials are well aware of this reality.

Occupation is the root cause of the problems and tragedies that have been inflicted on the Arab nation of which the Palestinian people are apart. Raising the prospect of ‘annexation’ is a way of making Arabs and Palestinians forget about that root cause – occupation – as they focus on the new threat. In much the same way as the prospect of Palestinian ‘statehood’ was raised to make them forget about legitimate Palestinian rights in the territories occupied in 1948 including the right to return.

The Israelis coin the terms and we Arabs pick them up and parrot them. That is one of our many major maladies.

0 thoughts on “Whose One-State Solution?”