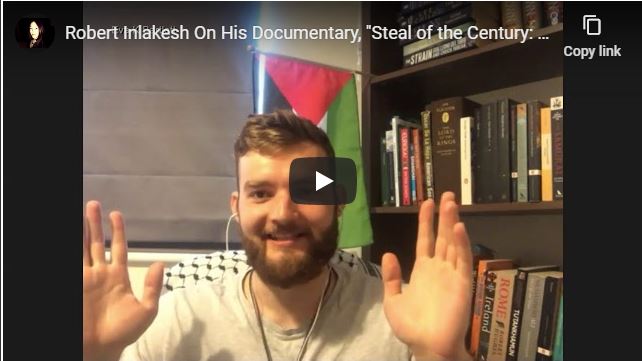 I recently spoke with him on his visits to Occupied Palestine and in particular his two-part documentary, “Steal Of The Century’: Trump’s Palestine-Israel Catastrophe” , the first part of which he released on June 5.

0 thoughts on “Robert Inlakesh On His Documentary, “Steal of the Century: Trump’s Palestine-Israel Catastrophe””