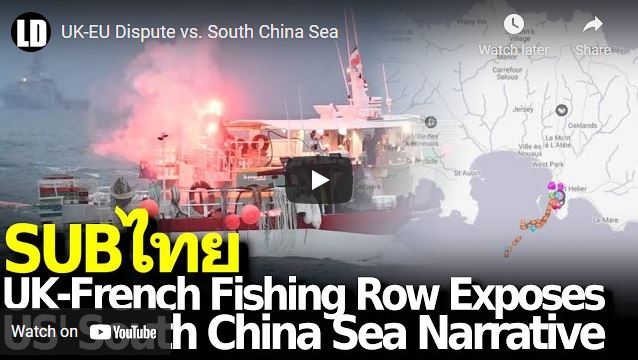 While the Western media tries to convince the world that China is a threat to peace and stability – citing various disputes in the South China Sea – such disputes are commonplace. For example, the recent row between the UK, France (and the EU) illustrates just how heated these disputes can get – but how unlikely they are to actually transform into conflicts.

At the same time the UK fights over waters around Jersey, the UK is deploying warships to join the US in provoking China in the South China Sea – thousands of miles away. In reality, it is the US and its allies driving tensions there – attempting to take commonplace disputes not only between China and other nations in the region – but between these various nations as well – and transform it into a regional, even global conflict.

US Encircling of China Explained