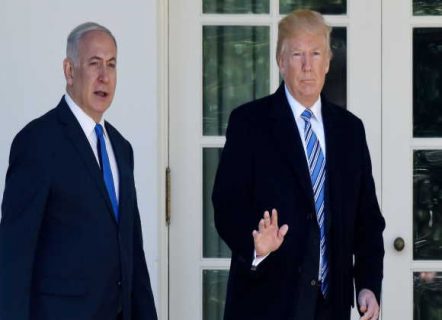 The Palestinians are being treated like ‘Red Indians’. Their only option is resistance.

Even more shocking than the US’ decision to recognise Israeli settlements in the West Bank as legal was the response of the Palestinian Authority (PA) to the move. It sufficed with announcing, via its chief ‘negotiator’ Saeb Ereikat, that it would complain to the UN Security Council and International Court of Justice. The PA organised mass rallies to hail its president Mahmoud Abbas when he secured an inconsequential vote from the UN General Assembly recognising Palestine as a state. But it failed to organise a single demonstration to protest this latest move, let alone act on the decisions taken long ago by the Palestine National Council and Central Council to withdraw recognition of the State of Israel and halt ‘security cooperation’ with it – which protects the settlers and persecutes decent people in the Occupied Territories.

The US’ latest decision, instigated by the White House’s ambassador to Israel David Friedman, is the latest in a series. It follows its recognition of occupied Jerusalem as Israel’s capital, its endorsement of the takeover of Syria’s Golan Heights, and it’s green-lighting of Israel annexing the West Bank and accelerating the pace of settlement there. These are all part of it’s Deal of the Century’, in which some Arab regimes are complicit.

Trump and his administration have, unsurprisingly, chosen to align themselves totally with the extreme right led by Benjamin Netanyahu in the current political crisis in Israel, following the failure of either of the two big political blocs, Likud and Blue & White, to form a government. US endorsement of the illegal settlements is aimed at giving Netanyahu a boost if, as looks increasingly likely, another general election is called, as well as bolstering Trump’s own re-election prospects.

In the process, it destroys any prospect of a two-state solution, and leaves the Palestinians with only one option: to live under the tutelage of a racist state resembling the former apartheid regime in South Africa – until such time as that regime collapses, as history teaches us it must, sooner or later.

The current US Administration is treating the Palestinians in the same way America’s White colonisers treated the so-called ‘Red Indians’: denying them any rights as a prelude to denying their very existence and exterminating or exiling them – on the grounds that they have no legal title to the land of their forebears – for the benefit of the colonisers.

In Trump’s eyes, Israel is above the law and the Palestinians do not exist. If they do exist physically, they have no legal or legitimate rights, including the right to live in dignity, and should be grateful if they are allowed to work as toilet-cleaners for the occupiers.

The Palestinians have been left with no alternative to resistance, in all its forms. They must resist this outrageous injustice and those who stand behind it. And they must reconsider all their doctrines about coexistence with a racist regime that refuses to coexist with them and does everything it can to subjugate them and deny them any modicum of their rights.

Trump Goes to Israel: Another Settler from the United States?

Are There Israelis in the U.S. Government?