Israel’s war on the Palestinian narrative 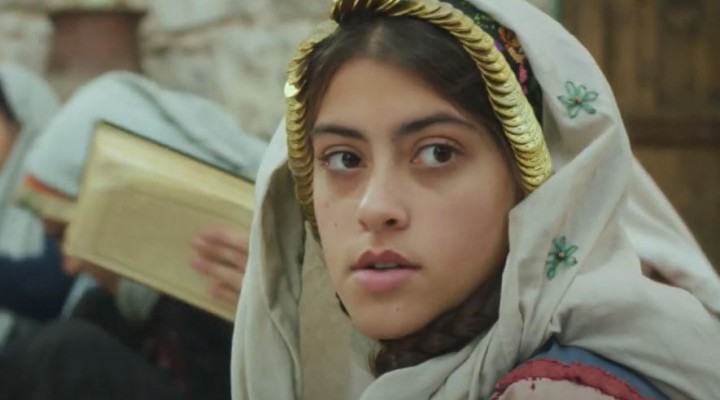 Israel’s lobbyists in the West are in a frenzy these days. They are desperate to discredit and denounce any political act or artistic work that exposes the ugly criminal face of Israeli occupation, especially in the Western world and its festivals, forums, universities, and media. This is an assault on freedom of expression which used to be a mainstay of Western democracy but is regrettably no longer the case.

A ferocious campaign is currently being waged against the film Farha by Jordanian director Darin Sallam, which tells the story of a 14-year-old girl whose village was brutally attacked by Israeli soldiers during the 1948 Nakba. From her hiding place, she sees them killing an entire family in cold blood, an experience that changes her life and outlook and the future she dreamed of.

Israeli finance minister Avigdor Lieberman launched a tirade of invective against the movie and the Netflix network for planning to stream it. Along with a posse of Zionist organisations, he demanded it is banned from the Cannes film festival on the grounds that it and its makers are anti-Semitic, and prevented from being nominated for an Oscar as requested by the Jordanian ministry of culture.

A similar hate campaign was faced by Israeli director Alon Schwartz in his documentary about the Latroun massacre in which more than 80 Egyptian PoWs were executed by being burned alive. Their bodies were dumped in a mass grave which was then paved over to create a car park to cover any trace of the crime.

Israel’s lobbies seek to depict it as an oasis of democracy, coexistence, human rights, and freedom of expression by denying and deleting the Palestinian narrative and portraying it as anti-Semitic. Unfortunately, this obscene falsification of history is colluded in by some European governments — notably in London, Berlin, Paris, and Brussels — in addition to Washington.

Zionist gangs forcibly expelled more than 760,000 Palestinians from their homes on pain of death before the 1948 Nakba, and wiped over 450 of their villages off the map, as part of a systematic plan of ethnic cleansing. This has been extensively written about and documented by Israeli historians such as Ilan Pappé, citing personal testimonies and international archives. The film does nothing different.

What the Israelis don’t realise is that their efforts to conceal their bloody history and the massacres they committed and continue to commit against innocent people in occupied Palestine, and to prevent the truthful Palestinian narrative from reaching different parts of the world, are failing. Europe is not the world, and Europe’s governments are not its people. There are alternative social and other media that can be used. More importantly, the new generation of young Arabs and Muslims — Palestinians included — is highly aware and creative, including in the arts, communication skills, and media of all types. It is this accelerating change that so worries and panics Israel.

The failure of its disinformation campaigns, muzzling of freedom of expression, and brandishing of the toxic sword of anti-Semitism, was evident at the World Cup in Qatar. Israeli TV crews there were shocked at the hatred shown them by Arab and other fans, including from ‘normalising’ countries. The coming to power of an overtly racist and fascist government under Benjamin Netanyahu — the product of decades of criminality and supremacism — may help finally lift the duplicitous veil off Israel’s ugly face.

Farha will reach every principled viewer on earth and the anti-Semitism slur will not prevent that. Even if it doesn’t win any prizes, it will win hearts all over the world. And if Netflix submits to Zionist pressure and pulls it — as Facebook, Instagram, and Twitter did by banning and excluding Palestinian content — there are many other outlets that can be used. The film’s director and production team deserve all support and solidarity in facing these nefarious campaigns.

This solidarity, and the enormous support for the Palestinian cause shown by Arab and other fans at the World Cup in Doha – waving Palestinian flags at their matches and refusing to even speak to Israeli TV crews — makes me confident it is making a comeback, bolstered by a resurgence of creative resistance in the occupied Palestinian territories, and that the demise of the occupation is only a matter of time.

Israel’s war on the Palestinian narrative

0 thoughts on “Israel’s war on the Palestinian narrative”