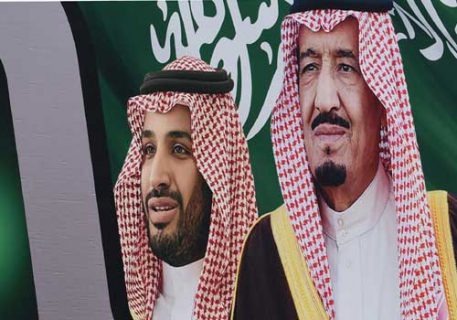 The attack on the oil production centres was merely a rehearsal

The despatch of hundreds of American troops to Saudi Arabia following the drone and missile strikes on its Abqaiq and Khreis oil production centres means it is less likely that the US will take military action in response to the attacks.

US Defence Secretary Mark Esper said the soldiers were being sent at the request of Saudi Arabia and the UAE to bolster their air and missile defence capabilities. This reinforced the message conveyed by President Donald Trump to Saudi leaders immediately after the attacks that shocked world energy markets: if you want to fight, we’ll back you; but we won’t guarantee your protection; and you must pay up-front for any support we provide.

This is not what Saudi Arabia and the UAE wanted to hear. They were not expecting their American allies to send them a few hundred more troops. They were expecting hundreds of missiles to hit Iran’s oil and/or nuclear facilities in a devastating show of retribution for its supposed aggression. But what the Saudi leadership wants and what Trump wants are two entirely different things.

When Trump tells the Saudis he will back them if they fight, that means the onus is on them to respond — using their sophisticated US-supplied military hardware – and also that they will be responsible for starting any war with Iran and for the anticipated consequences.

Ever since the 14 September strikes on Abqaiq and Khreis, Saudi officials have been trying to ‘internationalise’ the crisis by insisting this was not just an attack on Saudi Arabia and its hydrocarbons industry but on the whole world’s oil supplies. In other words, the whole world – specifically the US and its Western allies – must respond and not just Saudi Arabia.

The problem here is that the attacks exposed the weakness and vulnerability of Saudi Arabia’s military infrastructure, despite the massive amounts of money spent on it over the course of many decades. They showed up two principal failures: of the Kingdom’s US-supplied Patriot and other air and missile defence systems (as Vladimir Putin was quick to point out when he suggested Riyadh buy Russian S-400s instead); and of the extensive US training programmes for Saudi personnel and commanders — including several princes from the ruling family — aimed at teaching them to use all those weapons effectively.

By sending its specialists to operate Saudi Arabia’s air defence systems, the US is trying to make up for these two failures and partially assuage Saudi anger about them. But in the process, it also conveys the message that Saudi Arabia’s own forces are incompetent and incapable of defending their country.

It cannot be ruled out that the Americans want to embroil Saudi Arabia and the UAE in a war with Iran – as they did with Saddam Hussein’s Iraq in the 1980s — in order to weaken all sides and acquire control of their massive financial and oil resources for decades to come.

But the US strategy of bringing Iran to its knees via crippling economic sanctions will not work. It will only provoke more attacks by Iran or its regional allies aimed at breaking those sanctions and forcing the US to abandon them. This is a matter of life or death for Iran. It cannot allow the sanctions to go unanswered and its people to be starved into submission. It will retaliate and has developed a massive arsenal of low-cost drones and missiles for the purpose that has proven to be more than a match for the US’ expensive technology.

The Iranians have made clear that any American attack will trigger all-out war, and that their response will target both the US’ bases and assets in the region and the infrastructure of its allies, including the Gulf states and possibly Israel too. The attack on Abqaiq and Khreis was merely a rehearsal.