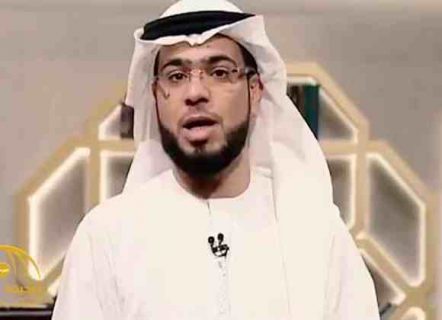 GCC states are beginning to admit they got it wrong in Syria. But they continue committing the same ‘mistakes’ elsewhere.

Once upon a time, according to an old Arab fable, a powerful prince, while dining with his court, mentioned that he did not like aubergines. His chief minister, seated beside him, wholeheartedly agreed with his opinion: “You are right, your highness! Aubergine is disgusting. It looks revolting, tastes bitter and is bad for the health.” In due course, the prince employed a new cook, who made tasty aubergine dishes that were much to his master’s liking. Hearing of this at lunch one day, the minister exclaimed: “You are right, your highness! Aubergine is the most delicious of foods, whether roasted, fried or mashed. It improves the eyesight and strengthens the bones.” A fellow diner later remonstrated with the minister: “You hypocrite! How can you say one thing one day and then the opposite?” The minister replied: “Of course I can. I work for the prince, not the aubergine.”

This story was brought to mind by the stir caused on Arab social media by high-profile Emirati preacher Waseem Yousef’s recent remarks about Syria. Speaking on his regular Abu Dhabi TV programme, he declared: “We used to support the Free Syrian Army and the Nusra Front because of Al Jazeera and the Qatari media. We used to curse President Bashar al-Asad and the Syrian Arab Army. But if I were in Syria now, I would take up arms and fight with them against the terrorist groups that have destroyed the country in the name of religion. What happened was sedition, but we called it jihad.”

I have seen some of Yousef’s old videos from the start of the Syrian crisis. His discourse did not differ much from the other Gulf-based clerics who issued fatwas proclaiming ‘jihad’ in Syria and calling for war and the overthrow of the regime, often using language that is too crude to repeat. So was this particular preacher’s U-turn the result of a personal awakening or inspired by higher authority? Given the way other UAE officials have begun referring respectfully to the Syrian regime, we can be sure it was a product of state guidance, not an act of contrition by an independent imam.

It is true that Al Jazeera led the campaign of incitement to destroy Syria and support the extremist groups there, especially the Nusra Front. That is documented fact. But the TV channels controlled by Saudi Arabia, the UAE and most of the other Gulf states took the same line. So might this preacher’s change of heart, which some have described as courageous, be emulated by others – such as the 500 top Sunni clerics, led by Qatar-based Sheikh Yousef al-Qaradhawi, who famously called for jihad in Syria and sanctioned the killing of its president, and previously did the same with regard to Libya?

This implicit apology by the UAE does not suffice. Nor would any similar move made by other Gulf states, especially Saudi Arabia and Qatar, which poured tens of billions of dollars into fuelling the war that wreaked death and destruction on Syria. It cannot atone for the killing of half a million of the country’s inhabitants, on both sides of the divide, over the past eight years.

The Gulf states’ litany of costly ‘mistakes’ began when they and other Arab countries (Hosni Mubarak’s Egypt) colluded in the US bid to destroy Iraq, and then in the NATO assault that destroyed Libya, enlisting the Arab League to legitimise both of these wars. These were not mere slip-ups or blunders that can be shrugged off with an apology. They caused the devastation of entire countries and the killing and uprooting of millions and people, and squandered the wealth of a nation.

They are currently committing another ‘mistake’ in Yemen. Will they turn round in a few years time and say it was a mere error and we should turn a new leaf and let bygones be bygones? What about the thousands of people killed, the hundreds of thousands injured, and the millions reduced to penury, disease and starvation?

What, too, about their shameless courtship of the occupier-state of Israel? The Israeli press these days overflows with accounts of the accelerating pace of normalisation with Gulf states, and reports that Israeli embassies will soon open in their capitals, perhaps in the new year.

Admitting past mistakes is all very well. Offering apologies, making amends and compensating for the material damage inflicted is the least that can be expected. But for contrition to be meaningful, you need to stop repeating the same mistakes, and refrain from making even worse ones.

These same countries are now poised to wage a vicious proxy war in Libya, whose victims will be the long-suffering Libyan people. Can the court clerics who proclaimed jihad in Libya in 2011 and sanctioned the slaying of its dictator explain what this war is for, and why thousands of young Muslim volunteers are being recruited to fight for the rival camps? The dictator is gone, killed in a manner that repulsed everyone other than these clerics and their supporters. The rival camps, lest we forget, were fighting on the same side at the time. With NATO air cover, they turned the country into a bankrupt, militia-controlled failed state. So please enlighten us about what happened and what is happening? Don’t the Libyan people deserve an apology too?

Waseem Yousef is no different to all the other court clerics who have served as cheerleaders for American schemes to destroy the Arab world. They were not misled by TV channels like Al Jazeera. They chose to be lackeys, taking their orders from rulers who in turn take their orders from others, citing false slogans about democracy and human rights which they neither believe in nor apply. It is high time for them to be called out.

0 thoughts on “Aubergines and Court Clerics”