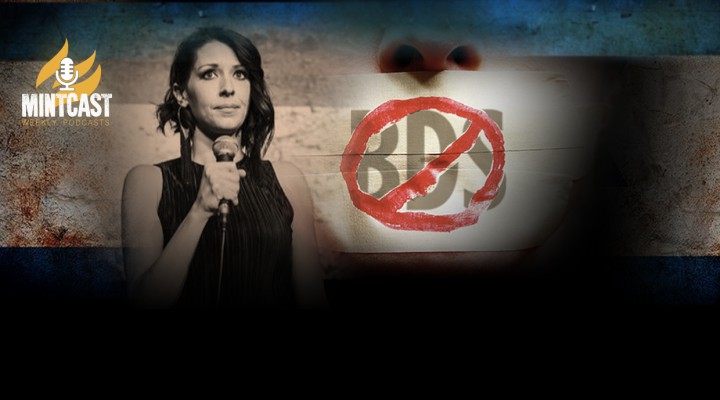 Abby Martin discusses her lawsuit against the state of Georgia over it’s anti-BDS law, the Israeli government’s heavy hand in pushing anti-free speech laws, the pro-Israel Democratic candidates and more.

One such voice is journalist and filmmaker Abby Martin. She joins MintCast to discuss her free speech lawsuit against the state of Georgia after she was banned from giving a keynote address at Georgia Southern University last month for refusing to sign a loyalty oath to the apartheid state of Israel as part of Georgia’s newly passed anti-BDS law. Ironically, she was scheduled to give a presentation about critical media literacy and free speech.

Over the past six years, 28 states including Georgia, have adopted anti-boycott laws. The majority of states have already mandated loyalty pledges to Israel as a means of outlawing dissent.

The non-violent Boycott, Divestment and Sanctions (BDS) movement is the latest target of the pro-Israeli lobby, which is now trying to make support for the movement illegal. It’s no wonder since BDS is possibly the most powerful non-violent tool that places economic pressure on Israel to follow international law and end its apartheid system and military occupation of Palestine.

In their joint lawsuit, CAIR Legal Defense Fund Senior Litigation Attorney Gadeir Abbas said: “There is no place where free speech is more important than on campus. And this attempt to suppress Abby’s views–denying students, academics, and others from hearing her lecture–is as brazen as it is illegal.”

Mara Verheyden-Hilliard, Executive Director of the Partnership for Civil Justice Fund, added: “In 1956, Martin Luther King, Jr. was criminalized for leading a boycott against Jim Crow apartheid in Alabama. Southern states enforced anti-boycott laws to punish and derail civil rights organizing. The Supreme Court eventually made clear that peaceful boycotts are a protected form of political speech and expression.

Abby Martin is an outspoken critic of Israeli apartheid and it’s colonialism and occupation of Palestine. She recently highlighted Israel’s ongoing aggression and human rights abuses against Palestinians in Gaza in her documentary “Gaza Fights For Freedom”.