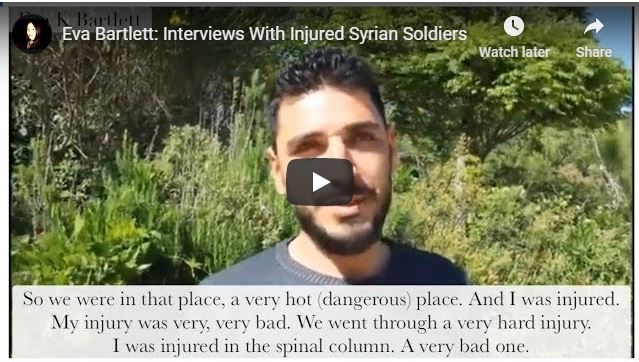 I was recently in the Qaradaha region of Syria (NW), where wounded Syrian soldiers were receiving training in the skills of cheese and yogurt making, staples of the Syrian diet, vocational training offered by the Jerih al-Watan (The Wounded of the Homeland ) veteran support program founded in 2014 by the Syrian Presidency with the support of the Syrian Trust For Development and medical experts.

In between training, wounded soldiers sat chatting in the shade. With their permission, I spoke with some of them about their injuries and feelings about having served in the army. With injuries ranging from vision and speech impairments to difficulties walking or loss of hands, I was struck by the graceful confidence of the injured soldiers.

Instead of wallowing in their injuries, they looked to future prospects, improving their knowledge to improve their lives.