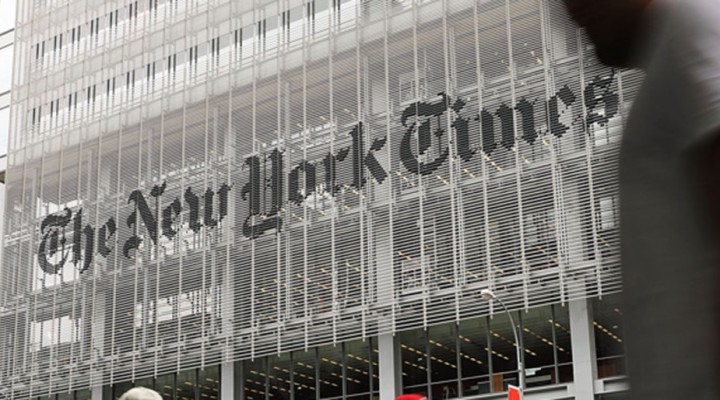 I really hope I’m never raped by a future US presidential candidate, because apparently if you’ve made blog posts which can be taken as favorable to the Russian government you’re not entitled to seek justice against your rapist.

The New York Times has published a jarringly sociopathic hit piece on Joe Biden’s sexual assault accuser titled “What to Do With Tara Reade’s Allegation Against Joe Biden?” The column serves no purpose other than to help liberal feminists feel good about themselves when dismissing the increasingly credible rape allegations against Biden in cool defiance of the “believe women” narrative they were all promulgating with #MeToo hashtags online during the Supreme Court confirmation process of Brett Kavanaugh.

“Reade seems almost engineered in a lab to inspire skepticism in mainstream Democrats, both because her story keeps changing and because of her bizarre public worship of President Vladimir Putin of Russia,” argues the column’s author Michelle Goldberg. “‘President Putin has an alluring combination of strength with gentleness,’ she wrote in a since-deleted 2018 Medium post.”

Goldberg’s claim that Reade’s story “keeps changing” is false. Nathan J Robinson of Current Affairs reports that Reade’s story has been consistent since she first started telling it in 1993, which Goldberg could have learned and addressed with even a scintilla of research.

In fact she says “Reade’s story keeps changing.” This is just a lie. It shouldn’t be in a newspaper. It treats every survivor who opens up about something they have previously told people in private as “changing” their story.

More importantly, the way liberal narrative managers keep insinuating that sexual assault allegations are somehow invalidated if the accuser has foreign policy views which disagree with the US State Department is jaw-droppingly depraved. So what if Reade thinks Putin is a good leader? That has literally nothing to do with whether or not she was sexually assaulted, yet spinmeisters like Goldberg and the odious Krassenstein brothers keep framing it as though it does.

There are only two possible claims that these propagandists can be making when they frame this story in this way:

As both a rape survivor and someone whose Medium posts frequently get me accused of supporting Vladimir Putin, I find it deeply disturbing that a leading US publication believes that either of these things are an acceptable claim to make. But such is the world we are now living in.

Does anyone have an argument for a world where this should happen and it’s ok https://t.co/QEqgrEgONS

The Times’ executive editor Dean Baquet was asked about this change in a New York Times interview titled “The Times Took 19 Days to Report an Accusation Against Biden. Here’s Why.”

“Even though a lot of us, including me, had looked at it before the story went into the paper, I think that the campaign thought that the phrasing was awkward and made it look like there were other instances in which he had been accused of sexual misconduct,” Baquet answered. “And that’s not what the sentence was intended to say.”

Sorry, who thought the phrasing was awkward??

This admission from the executive editor of one of the most influential news publications on the planet that they made a stealth edit to their report because a presidential campaign voiced a problem with its “phrasing” is as close to an admission as you’ll ever get that the mainstream media is propaganda, not news. Journalists are supposed to make powerful politicians squirm under the bright light of truth and accountability, not take editorial instructions from them.

The coronavirus disinformation spread by Russia is only the latest effort by Vladimir Putin to undermine the American medical system https://t.co/Yx3EVC3d0h

Continuing on the theme of The New York Times and Russia hysteria, another “Here’s a bunch of cherry-picked Russian media stories which make it sound like Moscow is orchestrating a grand malevolent plot to destroy us when we frame it in an ominous tone” piece has been published by the Times, this one titled “Putin’s Long War Against American Science”.

“On Feb. 3, soon after the World Health Organization declared the coronavirus to be a global health emergency, an obscure Twitter account in Moscow began retweeting an American blog,” the article begins. “It said the pathogen was a germ weapon designed to incapacitate and kill. The headline called the evidence ‘irrefutable’ even though top scientists had already debunked that claim and declared the novel virus to be natural.”

“The coronavirus disinformation spread by Russia is only the latest effort by Vladimir Putin to undermine the American medical system,” The New York Times tweeted in its share of the article.

Ah yes, yes that’s who undermined the American healthcare system. Not the health insurance and big pharma lobby, not corrupt US politicians, not the powerful American leaders who’ve created a system that costs twice as much as the universal healthcare systems in other countries while shortening life expectancy, a system that freakishly premises healthcare on employer-provided benefits which just saw millions of Americans thrown off their insurance in an unprecedented unemployment spike.

Nope. No it couldn’t have been them. Definitely Putin.

We all have found our ways to keep our spirits up during these trying times. Mine just happens to fill up my freezer. #LateLateShow pic.twitter.com/dqA32d5lU1

Other recent MSM faceplants include House Speaker Nancy Pelosi yukking it up with CBS’s James Corden and showing the poors how to cope in the new depression. It’s easy! You just get your massive commercial-grade freezers “re-stocked” with luxury ice cream in every flavor.

The tone-deafness and lack of self-awareness as people grow more and more furious with rich celebrities and their “Look at me I’m one of the commoners!” Princess Jasmine schtick has to be seen to be believed.

With failures this epic it’s easy to understand how even scumbag propagandists like Chris Cuomo are getting fed up with what they do.

“I don’t like what I do professionally,” the Democratic Party royal dynasty princeling recently told an interviewer on SiriusXM after what I can only assume was an existentially confrontational bout with Covid-19.

“I’m basically being perceived as successful in a system that I don’t value,” Cuomo added. “I’m seen as being good at being on TV and advocating for different positions … but I don’t know if I value those things, certainly not as much as I value being able to live my life on my own terms.”

“I don’t want to spend my time doing things that I don’t think are valuable enough to me personally,” Cuomo said. “I don’t value indulging irrationality, hyperpartisanship.”

When even Chris Cuomo has gotten sick of Chris Cuomo, you know you’re living in interesting times. If more of these establishment manipulators contract this unfortunate virus, let’s hope that it at least forces them to sit still, do some deep self-reflection, and sincerely consider if this is what they really want to be doing with their lives.

Intelligence Sources: All Candidates Are Russian Agents But Pete Buttigieg

0 thoughts on “Today In MSM Faceplants”