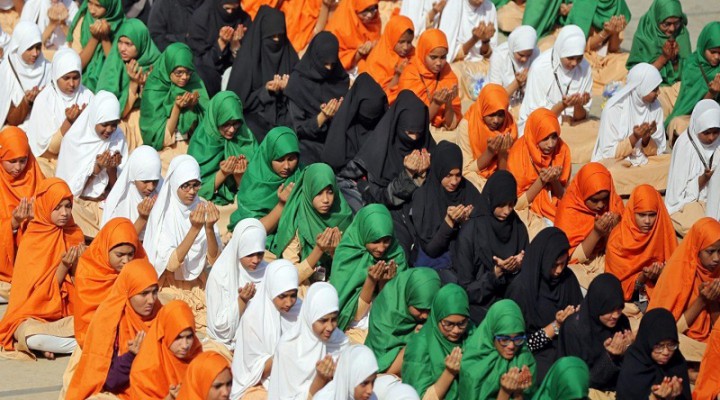 Hindu extremists are scapegoating Indian Muslims for World War C after a cluster of the country’s COVID-19 cases was traced to a massive religious gathering at the beginning of March, with this ridiculous narrative building upon society’s preexisting hated of minorities and being fanned by an influential ideologue from the ruling BJP.

Buzzfeed News of all places surprisingly performed an act of journalistic service by exposing the hateful conspiracy theory being spread by Hindu extremists blaming Muslims for World War C. In their report about how “A Cluster Of Coronavirus Cases Can Be Traced Back To A Single Mosque And Now 200 Million Muslims Are Being Vilified“, the outlet explained that a cluster of the country’s COVID-19 cases were traced to the Islamic missionary group Tablighi Jamaat’s massive gathering at the beginning of March, which has in turn led to an explosion of fake news across social media platforms like Twitter and WhatsApp claiming that Muslims are deliberately spreading this deadly virus to Hindus as part of a so-called “corona-jihad”. This ridiculous narrative has literally gone viral despite Buzzfeed proving that Hindus also participated in large public events prior to the country’s sudden three-week lockdown on 24 March and could therefore have been equally responsible for spreading this disease to others if they were infected at the time.

Regrettably, the reason why so many people have fallen for these discriminatory hate-mongering claims is because they build upon society’s preexisting hatred of religious minorities, which has been on full display for the past couple of months since the onset of nationwide protests against the government’s controversial move to prioritize the granting of citizenship to non-Muslim migrants from nearby countries. This real uprising recently culminated in large-scale unrest in the Indian capital in late February, which the author analyzed in his article about how “India’s Waging A State-On-Citizen Hybrid War To Build Modi’s Hindu Rashtra“. The gist of that piece is that state-supported Hindu extremist death squads were hunting down Muslims in the streets in support of their long-sought goal of creating a Hindu fundamentalist state (“Hindu Rashtra”). The violence eventually abated but the social scars remained, resulting in a situation where totally unsubstantiated accusations about a secret Muslim-driven biological warfare conspiracy about Hindus are apparently believable.

The rampant Islamophobia that’s responsible for preconditioning many Hindus into falling for this conspiracy is being spread by the ruling BJP. Influential Hindu extremist ideologue and sitting member of parliament Subramanian Swamy recently told Vice News that “We know where the Muslim population is large there is always trouble — because the Islamic ideology says so…If Muslim [population] becomes more than 30 per cent [in any country], that country is in danger…It is easy to call this hatred, I am being kind to them by not letting them enter India…not all people are equal, Muslims do not fall into the equal category.” This elicited a very sharp response from Pakistani Prime Minister Imran Khan (PMIK), who retweeted the video snippet of Vice News’ interview with Swamy, writing that “The RSS inspired BJP leadership in the 21st century openly speaking about the 200 million Muslims just as the Nazis spoke about the Jews.” Given all that’s transpired in India since PMIK’s September 2019 speech to the UNGA, the Pakistani leader is vindicated for comparing the BJP to Nazis.

As it stands, constitutionally secular India is once again on the verge of religiously driven violence led by the Hindu extremists that have “democratically” seized control over the government and are in the process of completing their seizure of society. The spreading of fake news conspiracy theories blaming Muslims for World War C is extremely dangerous since it vilifies this victimized minority group even more than they already are and could be exploited as a pretext for “justifying” further “Modi Mob” violence against them by the same thugs that were responsible for February’s failed “minority cleansing” attempt in the capital. The oft-repeated saying to “never let a good crisis go to waste” is arguably being applied by India’s Hindu extremists to advance their vision of building a “Hindu Rashtra”. The purpose of pinning the blame for this global pandemic’s spread throughout their country exclusively on members of the Muslim minority is to intensify society’s Islamophobic sentiments ahead of what might soon be a second round of deadly riots in New Delhi.