HOME / SOCIAL/CULTURAL / Indian Minister: We Made a Mistake Not Committing Genocide Against Muslims 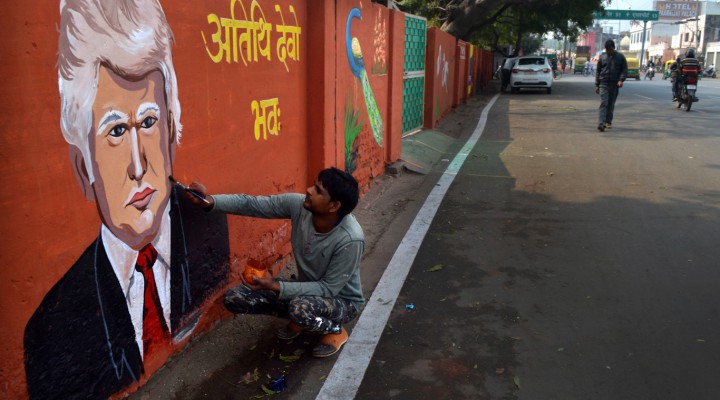 The comments came in response to nationwide resistance against the BJP government’s attempts to marginalize and criminalize the country’s largest religious minority.

MPN– A government minister has sparked controversy after expressing his regret that India did not sufficiently ethnically cleanse itself of Muslims during the countries’ creation in 1947. At a public event in his native Bihar state, Giriraj Singh, Minister of Animal Husbandry, Dairying and Fisheries under Prime Minister Narendra Modi, rallied his supporters, claiming, “It is time to commit ourselves” to building the Indian nation properly.

“It was a big lapse by our ancestors that we’re paying the price for now. If at that time Muslim brothers had been sent there and Hindus brought here, we wouldn’t be in this situation,” he said.

Muslims should have been sent to Pakistan in 1947, says Union Minister Giriraj Singh. https://t.co/V2H6MVliYC pic.twitter.com/JchBgfHL8r

This is not the first time Singh has called for retribution against the country’s 138 million Muslims. In 2016 he called for controls on Muslim procreation to limit their numbers relative to Hindus. Article Two of the United Nations Convention on Genocide (which India has signed and ratified) explicitly prohibits “imposing measures intended to prevent births within a group” as genocidal behavior, while its definition of the synonymous crime of ethnic cleansing includes “rendering an area ethnically homogeneous by using force or intimidation to remove from a given area persons of another ethnic or religious group.”

Just four days ago Singh was reprimanded by his own Hindu nationalist Bharatiya Janata Party (BJP) for comments he made describing Muslims as a terrorist scourge and a famous Islamic seminary as the “fountainhead of terrorism” in India.

The “situation” that the minister references India currently finding itself in is the nationwide resistance against the BJP government’s attempts to marginalize and criminalize the country’s largest religious minority. The most controversial steps towards this end have been the Citizenship Amendment Act (CAA) and the National Registration Council (NRC). The CAA makes it easier for people from neighboring Muslim-majority countries to apply for Indian citizenship– if they are Hindu, Christian, Buddhist, Sikh or Jain. But it explicitly rejects certain classes of people it deems as undesirable, especially Muslims.

Since December, major cities across the country have seen large and ongoing protests aimed at opposing the direction the BJP is taking the country. In Delhi, people of all backgrounds have set up an occupy-style encampment in the Muslim majority Shaheen Bagh neighborhood. In response, Modi effectively placed the city under martial law in January.

The Shaheen Bagh has become a metaphor for the resistance against Modi’s attempts to move India away from its secular tradition towards a Hindu nationalist state. As one writer put it, “It’s not just about saving Indian Muslims. It’s about saving India.”

Earlier this month Delhi conducted elections, with the BJP telling voters to “press the button [of the electronic voting machine] …with such anger that the current reaches Shaheen Bagh.” However, they managed to win only eight of 70 seats, with the Aam Aadmi Party led by popular figure Arvind Kejriwal sweeping the vote. However, this should not be mistaken for a repudiation of the BJP. Indeed, Kejriwal made pains to present himself as Hindu and disassociate from being perceived as a pro-Muslim candidate.

The BJP also scored an overwhelming victory in the April/May elections last year, winning 303 of the 545 seats in the lower house of parliament, a remarkable achievement in a federated, multi-party subcontinent where nearly forty parties won seats. Meanwhile, Prime Minister Modi continues to retain high approval rates. Thus, Kejriwal’s reluctance to be seen as pro-Muslim and Singh’s comments serve as examples of how far the spectrum of acceptable public discourse has moved.

The growing resentment towards the Muslim population comes in the context of three decades of neoliberal economics, which has transformed society. While generating substantial economic growth, it has also brought greatly increased inequality and limited benefits for the country’s poor. Despite changing the definition of poverty to exclude people making just 26 rupees (36 U.S. cents) or more per day, over 400 million Indians remain below the poverty line. In January an estimated quarter-billion people conducted the largest strike in world history, demanding comprehensive new legislation to improve worker rights across the country.

While Modi’s government has given little to the country’s working-class economically, it has been able to provide the large Hindu majority with a Muslim enemy and an outlet to express their frustration. Singh’s latest comments serve as an example of this – and as a worrying harbinger for what could be to come.

0 thoughts on “Indian Minister: We Made a Mistake Not Committing Genocide Against Muslims”