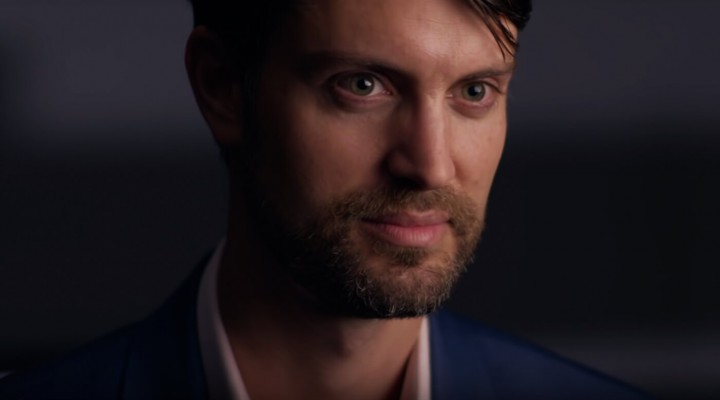 MPN- While Facebook claims impartiality in its crackdown on “coordinated inauthentic behavior,” the loyalties of the man charged with carrying out that mission. if his resume is any indication, are not with the users.

After Facebook purged thousands of independent media pages from its platform in October, one may be forgiven for thinking that Facebook couldn’t go any lower. But in the company’s second purge of 2019, the social media giant may have done just that.

The round of bans — doled out on Thursday to more than a thousand pages — was revealed in two blog posts: one focusing on pages that allegedly originated in Iran and another that took aim at activity in Indonesia. Not to be outdone, on Thursday Twitter also banned more than 2,500 accounts that it “believes may have origins in Iran.”

Additionally, 418 accounts that Facebook says “it cannot render definitive attribution to the [Internet Research Agency] for … although most appear to originate in Russia,” were also banned. Then 764 accounts “located in Venezuela,” a country in which the United States has been backing a coup attempt in since last week, were banned; and another 1,196 accounts “which appear to be engaged in a state-backed influence campaign” in Venezuela were also shuttered.

The Facebook bans are much like the other rounds issued by the company since it came under scrutiny on Capitol Hill following the 2016 elections for supposedly allowing a private Russian company, the Internet Research Agency, to run a campaign of desultory disinformation on its platform.

In the past — specifically, in the first round of bans on the platform that targeted Iran — Facebook relied on a cybersecurity firm called FireEye, which tipped them off to the accounts. FireEye has been funded by the CIA’s strategic investment arm In-Q-Tel, which describes FireEye as a “critical addition to our strategic investment portfolio for security technologies.”

Facebook has also partnered with the Digital Forensics Research Laboratory (DFLR) — the cyber arm of the neoconservative Atlantic Council, a D.C.-based think tank funded by defense giants, Gulf monarchies like Saudi Arabia, and NATO — in order to weed out “misinformation” from its platforms, including Facebook subsidiary Instagram.

But with the Thursday bans, Facebook’s troll hunter in chief, Nathaniel Gleicher, who commands a 30,000-strong cyber warrior unit, cited no supposed authorities such as FireEye or the Atlantic Council’s DFRL.

While reporting on the bans in the mainstream media has been loaded with innuendo, Gleicher himself admitted in a conference call with reporters that he wasn’t able to determine whether the Iranian government was behind the “coordinated inauthentic behavior tied to Iran,” as he called it in Facebook’s blog post. The post also called Facebook’s “collaboration” with “law enforcement, security experts and other technology companies … critical to this investigation.”

A sampling, hand-picked by Facebook, of posts made by the pages Facebook “tied” to an entire country, promote women’s rights in Saudi Arabia; Palestinian’s yearning for the return of their former capital, Jerusalem (al-Quds); information pertaining to a UN session on the situation in Idlib (formerly a “rebel” enclave in Syria recently taken over in its entirety by al-Qaeda); and a report on human-rights violations and ill-treatment of black Africans in Libya in the seven years since NATO-backed ruffians sodomized Libyan leader Muammar Gaddafi to death.

According to Facebook, the posts “included commentary that repurposed Iranian state media’s reporting on topics like Israel-Palestine relations and the conflicts in Syria and Yemen, including the role of the U.S., Saudi Arabia, and Russia.”

But before you jump to any conclusions about geopolitical partisanship at the Silicon Valley behemoth, Gleicher assures us that the purge was “not [in response to] the content they post.”

He sure doesn’t look impartial

A cursory look at Gleicher’s resume reveals a massive conflict of interest, as he is also a senior associate at the hawkish foreign policy think tank Center for Strategic and International Studies (CSIS). The think tank is funded by oil and gas companies and leading firms in the military industrial complex. It is also funded by the governments of Japan, United Arab Emirates, the U.S., and Taiwan.

Earlier this week, CSIS hosted a pro-regime-change conference on Venezuela that was disrupted by anti-war protesters. Codepink national co-director Ariel Gold was manhandled by CSIS-contracted security guards on video, and later said that the guard choked her and tried to throw her down a set of stairs.

I'm still trying to get accountability from @CSIS their security guard who seen here – Sergeant Dixon – choked me up against the wall, tried to throw me down set of concrete stairs

In meantime tell Dems in congress speak out No coup in Venezuela https://t.co/ufQpf9TX6K https://t.co/rUpVa8OBjF

I’ve closely observed its [CSIS’] enormous influence on U.S. policy on Asia and in particular Japan and Korea, and it’s abundantly clear that everything it does reflects the interests of its government and corporate donors, which include every major U.S. defense contractor.”

On the technology and cybersecurity side, where Gleicher is involved, those interests would be some of the largest U.S. intelligence contractors who donate to CSIS. They include Lockheed Martin, Raytheon, General Dynamics, L-3 and Booz Allen Hamilton.”

For those wondering this was in reference to @CSIS which is little more than a weapons industry lobbying organization that makes war zone maps for the NYTimes https://twitter.com/adamjohnsonNYC/status/1090262899036024835 …

“Sir how dare you besmirch the good name of the Raytheon Institute for Oriental Meddling, sir”

“Inevitably, CSIS is their voice — hidden behind a pretense of objectivity,” Shorrock added.

While Facebook has gone to great lengths to characterize as impartial its censoring of thousands and thousands of pages, the governments that have been implicated or referenced in the purges have included the State Department’s usual suspects: Russia, Iran and now, Venezuela.

Prior to becoming Facebook’s minister of anti-disinformation in 2018 and a senior associate at CSIS in 2016, Gleicher was the Director for Cybersecurity Policy for the Obama administration’s National Security Council. There, he “developed and coordinated [Obama] Administration policy on cybersecurity technology; cybersecurity legislation; international cyber deterrence; internet governance;” and, most applicable to his current line of work, “public-private cybersecurity cooperation.”

Gleicher also “investigated and prosecuted computer crimes” as a Senior Counsel at the Department of Justice’s Criminal Division, according to his LinkedIn page.

While Facebook claims impartiality in its crackdown on “coordinated inauthentic behavior,” the loyalties of the man charged with carrying out that mission, if Gleicher’s resume is any indication, are not with the users of the platform worldwide, but with empire. As of yet, we have not witnessed Gleicher crack down on “bad actors” (as the company sometimes refers to the targets of its bans) like the “sock puppet” accounts created by the U.S. military with the purpose of manipulating online discourse. That disinformation campaign was uncovered by The Guardian in 2011, while Gleicher was working at the Obama administration. Presumably, Facebook considers the U.S. military to be a “good actor.”