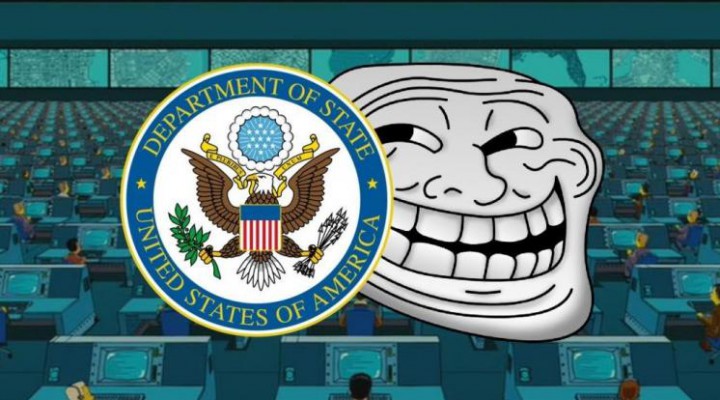 In Part I, we looked at a few manipulation techniques using artificial intelligence. However, it should be noted that the most effective influence is only possible with human involvement. In fact, cybernetics is essentially a human-machine interface, with people usually defining the objectives and carrying out the strategic analysis.

With this human-machine interface, trolling can be used as an element of political influence. But while the term “troll” has been around in hacker slang since the 1980s, the phrase “troll factory” only appeared during the re-election of Barack Obama.

The first troll factories were the US super PACs. These are a relatively new phenomenon in the political life of America, and PAC is an abbreviation for political action committee. Conventional committees existed before, but super PACs began to emerge in 2010, when the US Supreme Court lifted restrictions on spending for political purposes.

Unlike conventional political action committees, which cannot accept contributions of more than $5,000 from a single individual and contributions from corporations or unions are illegal, super PACs can accept unlimited contributions from anyone. On the other hand, conventional committees can spend money directly on a political party and its candidate, while super PACs deal with so-called “independent expenditures”. In the majority of cases, they indirectly support the desired candidate and engage in counterpropaganda against his (or her) opponent. In other words, they carry out black propaganda.

There were just 83 super PACs registered in the US in 2010, but by 2016 this number had increased to 2,395! This clearly shows how much of an interest US businesses and lobby groups have in “indirectly” influencing and manipulating public perception.

And it is these super PACs that the world has to thank for the coining of the phrase “troll factory”.

Previous research on troll factories linked to the US include a presentation in 2012 on the organisation of effective online propaganda related to social issues by a consultant from the California Dental Association, and a book by journalist Sharyl Attkisson published in 2014 on the numerous wrongdoings and scandals within the White House administration. It describes the aggressive PR tactics and online threats used against Attkisson as she tried to carry out independent investigations. The coordinated stream of insults and accusations against the journalist made her carry out an additional investigation, which led to the conclusion that they were not the emotional opinions of individual citizens, but part of a pre-planned campaign.

It is also known that another super PAC – American Bridge 21st Century, which is owned by David Brock and has supported the Clinton family for many years – spent a million dollars on correcting user comments on social media.

The US media referred to this initiative as a troll operation by Correct the Record, which is a hybrid of a super PAC and a conventional committee.

It is also known who financed Brock’s troll factory.

In 2016, the super PAC Great America PAC was established to support Donald Trump’s campaign It was set up by Republican Eric Beach, a political marketing expert, and its largest donor was American-Israeli businessman and former CEO of Marvel Entertainment Isaac Perlmutter. The super PAC’s first offering was an advertisement entitled “The Enemy” featuring former Navy SEAL Carl Higbie, who exploits the tragedy in Orlando by claiming that, in order to protect American interests and fight terrorism, you need to vote for Trump.

Trump’s opponent, Hillary Clinton, also had her own super PAC called Priorities USA Action, although it was established back in 2011 by two of Barack Obama’s former White House assistants, Bill Burton and Sean Sweeney, to support his re-election. They managed to raise $60 million and nearly all of this was spent on internal costs, according to the committee’s report of receipts and disbursements.

The Democrats were helped in their fight against Trump by another super PAC, Women Vote!, which didn’t just attack Trump, but also conservative groups opposed to abortion and illegal immigration.

Super PACs use all kinds of schemes both for raising funds and for spending them. Take the activities of US Representative Seth Moulton, for example, who calls himself a “New Democrat”. Moulton raised money for his campaign with the help of Bain Capital, a private investment company based in Boston. He also has his own committee – Serve America PAC – which, according to official data, helps veterans get elected into government. Last year the criteria were changed, and now the lists can also include people who occupied other public service posts.

But while super PACs mostly concentrate on wiping out the competition, i.e. they’re mostly to do with America’s domestic policy, hundreds of entities have been established for external broadcasting that throw mud at other countries and their leaders if they are not towing Washington’s political line.

The charade of fighting fake news and exposing manifestations of authoritarianism have become the new pretext for umbrella organisations associated with the US government and security forces and their European partners to launch relevant projects.

One such project was launched by a subdivision of the Atlantic Council – NATO’s think tank – called the Eurasia Center. It is clear as soon as the website loads that facts are being manipulated.

The video on the site’s home page states: “In 2014, Putin invaded Ukraine. The first annexation of territory in Europe since World War II.” But everyone knows that the first annexation after 1945 took place in 1989, when the Federal Republic of Germany absorbed the German Democratic Republic. There was no referendum on the issue. The second annexation relates to the occupation of the Serbian province of Kosovo and Metohija. This operation was carried out by Albanian terrorist groups with the support of NATO, the US, and Western Europe.

The website is dedicated to the falsification of facts in order to accuse Russia of conducting a hybrid war against Europe.

Another resource called Polygraph is represented by a website produced by Voice of America and Radio Free Europe.

These misinformers don’t shy away from printing blatant lies, either. Calling the private news agency RIA FAN a branch of the state news agency Russia Today, for example, and affiliating it with the Internet Research Agency, which they refer to as a “troll factory”.

Polygraph has a separate site in Russian that provides alternative interpretations and refutations by Russian government officials, bureaucrats, and official bodies.

Since 2012, the well-known NGO Freedom House has been publishing reports on internet freedom (the project’s list of sponsors includes the US State Department, Google, Yahoo, Facebook, and Twitter). The US Department of State needs such reports for its regular allegations of freedom of speech and human rights violations.

A similar project has even been launched under the auspices of the EU that is overseen by the European External Action Service East Stratcom Task Force.

The US State Department has established a Global Engagement Center, which received $40 million in 2018 to work with various groups and NGOs to create the right content. As it says on the US State Department’s website, the work will include “the use of innovative messaging and data science techniques”.

Hardly any of the numerous analytical centres have seriously been dealing with the issue of “Russian meddling”, however. This continues to be the lot of individual academics and researchers whose opinions tend to be hushed up.

On this score, Professor Gerald Sussman from Portland State University noted in one of his online articles that New York Times correspondent Scott Shane was one of the few journalists from the main media outlets who clearly stated that the US intelligence agency report of 6 January 2017 on Russian meddling in the US elections offered no evidence. In the same article, Sussman quotes Facebook’s vice president for advertising, Rob Goldman, who states that Russians didn’t buy pro-Trump advertising as alleged by America’s main media outlets.

So what’s the problem?

According to Whitney Phillips, it’s probably that “within the postmillennial digital media landscape of the United States, trolls reveal the thin and at times nonexistent line between trolling and sensationalist corporate media. The primary difference is that, for trolls, exploitation is a leisure activity. For corporate media, it’s a business strategy.”

When profit, unfair competition, and the pursuit of short-term fads are the ideals, trolling and manipulation of any kind will only continue to evolve. There have been instances where small groups of activists with perfectly reasonable objectives have copied the tactics of large corporations by using the astroturfing technique, i.e. the artificial creation of public opinion.

On the eve of the next US presidential election in 2020, therefore, it is logical to assume that the country’s political leaders will have the same enemies as before.

0 thoughts on “US Trolll farms, AI and Cyberwar- 2”