HOME / WORLD / ‘Wagging the Dog’ While Lying About It 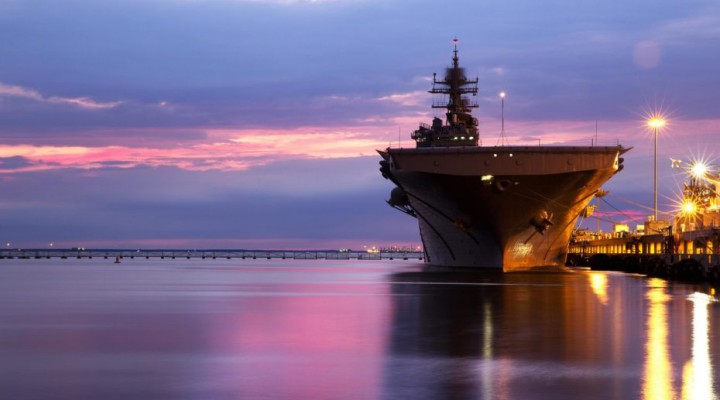 The Donald Trump administration, aided and abetted by the Republican congressional conference, will go down in history as a regime of liars, grifters, dime store propagandists, common criminals, and schoolyard bullies.

The Donald Trump administration, aided and abetted by the Republican congressional conference, will go down in history as a regime of liars, grifters, dime store propagandists, common criminals, and schoolyard bullies. The evidence that “Team Trump” can and probably will lie the United States into a war with Iran, just as George W. Bush and Dick Cheney lied America into a war with Iraq, is seen in the latest tomfoolery regarding recent attacks on two tankers in the Gulf of Oman. The attacks follow by almost a month similar suspicious attacks on four ships at anchor in the Gulf of Oman, off the coast of the United Arab Emirates sheikhdom of Fujairah. Although Iran was blamed by members of the Trump administration for the May 12 attacks, no evidence was provided to bolster such claims.

Trump’s National Security Adviser John Bolton, a cartoon character-type war monger who could have served as a role model for the fictional film “Wag the Dog” about a US war against Albania based on concocted falsehoods and a steady stream of televised propaganda, strongly appears to have had his fingerprints all over the June 13 attack on two ships transiting outbound from the Strait of Hormuz into the Gulf of Oman.

No sooner than had the story broken worldwide about the attack did Bolton’s partner-in-crime Secretary of State Mike Pompeo go before cameras a cast blame on Iran for attacking the ships with mines. Pompeo declared that “intelligence” determined that Iran carried out mine attacks on the Japanese-owned and Panamanian-flagged M/V Kokuka Courageous and the Norwegian-owned and Marshall Islands-flagged M/V Front Altair. But whose intelligence? Pompeo did not claim that US intelligence concluded that Iran was responsible. Given Pompeo’s and Bolton’s close ties with the far right and uber-nationalist regime of Israeli Prime Minister Binyamin Netanyahu, the “intelligence” being relied on by Pompeo strongly appears to have been from Mossad and its team of video propagandists in Herzliya; Washington, DC; and Los Angeles.

Provoking a US military attack against Iran in a Gulf of Tonkin-style false flag operation is certainly a key part of the playbook of Bolton, Pompeo, and the team of neo-conservatives and pro-Israeli shills they have hired at the National Security Council and State Department. In addition, waging war through deception is an integral part of the strategy of the Israeli Mossad. Operation Susannah in 1954 was one such deceptive tactic used by the Mossad. American, British, and Egyptian targets in Egypt were bombed by Mossad agents with blame being cast on Egyptian Communists and members of the Muslim Brotherhood. The 1967 Israeli attack on the USS Liberty, an intelligence-gathering ship on patrol in the eastern Mediterranean was originally intended to be blamed on Egypt. The 1976 hijacking of an Air France plane and its diversion to Entebbe, Uganda was, according to British intelligence, a false flag attack planned by Israeli intelligence using Popular Front for the Liberation of Palestine (PFLP) cut-outs to damage the Palestine Liberation Organization (PLO) in the eyes of the French and Americans. And serious questions remain about Mossad’s role in the 9/11 attack on the World Trade Center in New York.

Provoking a US military attack against Iran in a Gulf of Tonkin-style false flag operation is also not beyond the Bolton, Pompeo, and other top neo-cons like Special Representative for Iran Brian Hook and State Department Counter-terrorism Coordinator Nathan Sales.

Several facts point away from Iran being responsible for the attacks. Iranian President Hassan Rouhani was preparing to depart for the Shanghai Cooperation Organization (SCO) summit in Bishkek, Kyrgyzstan, when the attack on the ships occurred. There is zero chance that Iran would have engaged in such action while the president was traveling abroad. Although the Iranian Revolutionary Guards Corps (IRGC) was blamed by neo-con circles for the attack, it is IRGC policy not to interfere with commerce in the waterways of the region. That is because the IRGC, recently designated a “foreign terrorist organization” by the Trump administration, is invested in various commercial enterprises, including transportation, in Iran and Iraq. The IRGC also regularly deals with mitigating actual threats in the area, such as those coming from the Islamic State and Al Qaeda in the Arabian Peninsula (AQAP), both groups being financed by Saudi Arabia. Launching unprovoked attacks on shipping would also affect the IRGC’s bottom line, hence the policy.

In addition, Japanese Prime Minister Shinzo Abe was in Tehran when the ships were attacked. Abe was on a peace dialogue mission and was carrying a letter from Donald Trump to the Iranian Supreme Leader, Ayatollah Ali Khamenei. It is noteworthy that the Kokuka Courageous is Japanese-owned and the Front Altair was transporting its cargo of highly-flammable naptha from Abu Dhabi to Japan at the time it was attacked. The Kokuka Courageous was transporting flammable methanol from Saudi Arabia to Singapore. A spokesman for the Japanese Trade Ministry in Tokyo stated the two ships were carrying “Japan-related cargo.” From Tehran, Iranian Foreign Minister Javad Zarif said “suspicious doesn’t begin to describe” the attack on a Japanese-owned vessel during the visit of Abe to Iran.

Iranian television airborne television news cameras were able to capture video of the two ships burning from their flammable cargos. These videos, taken against a cloudless sky, were highlighted by the war-promoting Western news networks, including Fox News, CNN, MS-NBC, the BBC, and others to promote the meme that Iran carried out the attacks. But why would Iranian TV purposely provide the Western corporate media with such footage if they had clandestinely carried out the attacks? In addition, the crew of the Front Altair, consisting of 11 Russians, 11 Filipinos, and a Georgian, were rescued by the Iranian Coast Guard, treated for injuries, and transported to Bandar Abbas for flights home.

There are other more likely sources for the attacks on the vessels during the first visit to Iran in some 40 years for a Japanese prime minister. For example, the Saudis, Emiratis, and Israelis are all opposed to any talks between Washington and Tehran, whether they are mediated by Japan or another country. For example, the Saudis have previously pressed hard against Oman for entertaining a role as a mediator between the Trump administration and Iran.

Ironically, on the very same day the House Intelligence Committee was hearing evidence about the threat of “deep fake videos” during the upcoming presidential election campaign, the US Central Command (CENTCOM) released a grainy forward-looking infrared (FLIR) video, along with photographs, purporting to show a boat belonging to the IRGC removing an unexploded limpet mine from the side of the Kokuka Courageous. The Pentagon provided the video as “proof” of Iran’s culpability. However, the Pentagon was caught in a major Trump-grade lie when Yutaka Katada, the president of Kokuka Sangyo Marine, the company that owns the Kokuka Courageous, said the attack on his firm’s vessel did not come from a mine, but from a “flying shell.” The explosion was too far above the water line to have been from a mine, Katada told the press in Tokyo.

Pompeo told the press that “no proxy group operating in the area has the resources and proficiency to act with such a high degree of sophistication.” That was another falsehood. Israel maintains at least one Dolphin-class diesel electric submarine on patrol in Persian Gulf waters at all times. These submarines are not only equipped with nuclear-armed missiles but conventional missiles, including the Popeye Turbo cruise missile, capable of causing the damage to the Kokuka Courageous and Front Altair. The Saudi naval fleet in the Persian Gulf consists of Al-Badr-class corvettes and Al Sadiq-class patrol boats armed with Harpoon surface-to-surface missiles capable of damaging the two merchant tankers. The UAE Navy’s corvettes are armed with Exocet anti-ship missiles capable of damaging the tankers.

In addition, the terrorist cult group, Mojahedin-e-Khalq (MEK), whose interests in Washington are represented by Bolton and Trump’s personal attorney, Rudolph Giuliani, has shown itself more than capable of carrying out terrorist attacks on Iranian targets along the Persian Gulf coast, with the support from Saudi Arabia and Bahrain. Bahrain is also home to a US and British naval bases. The MEK is opposed to any country maintaining relations or dialogue with the Iranian government and, like Bolton and Giuliani, seeks “regime change” in Tehran. While the Trump administration has labeled the IRGC a terrorist organization, it has dropped the terrorist brand for the MEK and allows it to operate freely in Washington, New York, and Los Angeles.

0 thoughts on “‘Wagging the Dog’ While Lying About It”