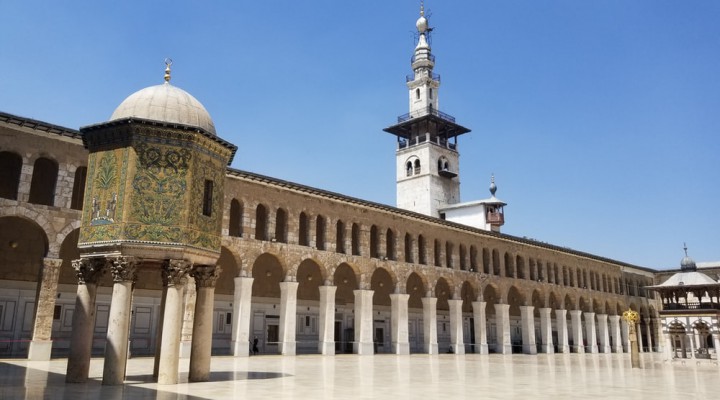 After dealing with the equality of men and the difference of cultures, and then reminding us that we distrust people we do not know, the author discusses four aspects of the Middle East: the colonial creation of states; the need for people to hide their leaders; the sense of time; and the political use of religion.

This article is a follow-up to :
“Understanding International Relations (1/2)“, by Thierry Meyssan, Voltaire Network, August 18, 2020.

Contrary to popular belief, no one really knows what the Levant, the Near East or the Middle East is. These terms have different meanings depending on the times and political situations.

However, today’s Egypt, Israel, the State of Palestine, Jordan, Lebanon, Syria, Iraq, Turkey, Iran, Saudi Arabia, Yemen and the Gulf principalities have several millennia of common history. Yet their political division dates back to the First World War. It is due to the secret agreements negotiated in 1916 between Sir Mark Sykes (British Empire), François Georges-Picot (French Empire) and Sergei Sazonov (Russian Empire). This draft treaty had fixed the division of the world between the three great powers of the time for the post-war period. However, as the Tsar had been overthrown and the war did not go as hoped, the draft treaty was only applied in the Middle East by the British and French alone under the name of the “Sykes-Picot agreements”. They were revealed by the Bolsheviks, who opposed the Tsarists, notably by challenging the Treaty of Sèvres (1920) and helping their Turkish ally (Mustafa Kemal Atatürk).

From all this, it emerges that the inhabitants of this region form a single population, composed of a multitude of different peoples, present everywhere and closely intermingled. Each current conflict is a continuation of past battles. It is impossible to understand current events without knowing the previous episodes.

For example, the Lebanese and the Syrians of the coast are Phoenicians. They commercially dominated the ancient Mediterranean and were overtaken by the people of Tyre (Lebanon) who created the greatest power of the time, Carthage (Tunisia). This was completely razed to the ground by Rome (Italy), then General Hannibal Barca took refuge in Tyre (Lebanon), and in Bithynia (Turkey). Even if one is not aware of it, the conflict between the gigantic self-proclaimed coalition of the “Friends of Syria” and Syria continues the destruction of Carthage by Rome and the conflict of the same so-called “Friends of Syria” against Sayyed Hassan Nasrallah, the leader of the Lebanese Resistance, continues the hunt for Hannibal during the fall of Carthage. In fact, it is absurd to limit oneself to a state reading of the events and to ignore the trans-state cleavages of the past.

Or again, by creating the Daesh jihadist army, the United States magnified the revolt against the Franco-British colonial order (The Sykes-Picot agreements). The “Islamic State in Iraq and the Levant” claims no more and no less than to decolonize the region. Before trying to disentangle the truth from the propaganda, one must accept to understand how the events are felt emotionally by those who live them.

Since the beginning of history, this region has been the scene of wars and invasions, sublime civilizations, massacres and more massacres of which almost all the peoples of the region have been victims each in turn. In this context, the first concern of each human group is to survive. That is why the only peace agreements that can last must take into account their consequences for other human groups.

For example, for seventy-two years it has been impossible to reach an agreement between the European settlers in Israel and the Palestinians because the price that other actors in the region would have to pay has been neglected. The only peace attempt that brought all the protagonists together was the Madrid conference convened by the USA (Bush senior) and the USSR (Gorbachev) in 1991. It could have been successful, but the Israeli delegation was still clinging to the British colonial project.

The peoples of the region have learned to protect themselves from this conflicting history by hiding their true leaders.

For example, when the French exfiltrated the Syrian “Prime Minister”, Riad Hijab, in 2012, they thought they could rely on a big fish to overthrow the Republic. However, he was not constitutionally the “Prime Minister”, but only the Syrian “President of the Council of Ministers”. Like the White House chief of staff in the United States, he was just a senior government secretary, not a politician. His defection was of no consequence. Even today, Westerners still wonder who the men around President Bashar al-Assad are.

This system, indispensable for the country’s survival, is incompatible with a democratic regime. Major political options should not be discussed in public. The states of the region are therefore asserting themselves either as republics or as absolute monarchies. The President or Emir embodies the Nation. In the Republic, he is personally accountable to universal suffrage. The large posters of President Assad have nothing to do with the cult of personality that is observed in some authoritarian regimes, they illustrate his office.

All that lasts is slow

Westerners are used to announcing what they’re going to do. Orientals, on the contrary, declare their goals, but hide how they think they will achieve them.

Shaped by the streaming television news channels, Westerners imagine that every action has an immediate effect. They believe that wars can be declared overnight and situations resolved. On the contrary, Orientals know that wars are planned at least a decade in advance and that the only lasting changes are changes in mentality that take one or more generations.

Thus, the “Arab Springs” of 2011 are not spontaneous eruptions of anger to overthrow dictatorships. They are the implementation of a carefully crafted plan by the British Foreign Office in 2004, revealed at the time by a whistleblower, but went unnoticed. This plan was modelled on the “Great Arab Revolt” of 1916-18. The Arabs were convinced that it was an initiative of the Sheriff of Mecca, Hussein ben Ali, against the Ottoman occupation. It was actually a British plot, implemented by Lawrence of Arabia, to seize the oil wells on the Arabian Peninsula and put the Wahhabi sect in power. The Arabs never found freedom there, but the British yoke after the Ottomans. Identically, the “Arab Springs” did not aim to liberate anyone, but to overthrow governments to put the Muslim Brotherhood (secret political brotherhood organized on the model of the United Grand Lodge of England) in power throughout the region.

Religion is both the worst and the best

Religion is not only an attempt to link man to the transcendent, it is also a marker of identity. Religions therefore both produce exemplary men and structure societies.

In the Middle East, every human group identifies with a religion. There are an incredible number of sects in this region and creating a religion is often a political decision.

For example, the first followers of Christ were Jews in Jerusalem, but the first Christians – that is, the first disciples of Christ who did not consider themselves Jews – were in Damascus around St. Paul of Tarsus. Identically, the first disciples of Muhammad were in the Arabian Peninsula, they were considered Christians who had adopted a particular Bedouin rite. But the first disciples of Mohammed to differentiate themselves from Christians and to call themselves Muslims were in Damascus around the Umayyads. Alternatively, Muslims divided into Shiites and Sunnis depending on whether they followed the example of Muhammad or his teachings. But Iran did not become Shia until a Safavid emperor chose to distinguish Persians from Turks by converting them to this sect. Of course, today every religion ignores this aspect of its history.

Some states today, such as Lebanon and Iraq, are based on a distribution of posts according to quotas allocated to each religion. In the worst system, Lebanon, these quotas apply not only to the main functions of the State, but to all levels of the civil service down to the lowest civil servant. Religious leaders are more important than political leaders. As a result, each community places itself under the protection of a foreign power, the Shiites with Iran, the Sunnis with Saudi Arabia (and perhaps soon with Turkey), the Christians with Western powers. In fact, each one tries to protect itself from the others as it can.

“Other states like Syria are based on the idea that only the union of all communities can defend the Nation regardless of the aggressor and their links with any of the communities. Religion is a private matter. Everyone is responsible for the security of all”.

The population of the Middle East is divided between secular and religious. But words have a special meaning here. It is not a question of believing or not believing in God, but of placing the religious domain in public or private life. Generally speaking, it is easier for Christians than for Jews and Muslims to see religion as a private matter, because Jesus was not a political leader while Moses and Mohammed were.

The “Islamic State” (Daesh) is not a crazy fantasy, but is part of a political conception of religion. Its members are mostly normal people with the will to do good. It is a mistake to demonize them or to consider them as part of a sect. Rather, we should ask ourselves what blinds them to reality and makes them insensitive to their crimes.

Before making a judgement about a particular regional actor, it is necessary to know his or her history and trauma in order to understand his or her reactions to an event. Before judging the quality of a peace plan, one should ask not whether it benefits all those who signed it, but whether it will not harm other regional actors.