HOME / WORLD / The Decline of the American Empire 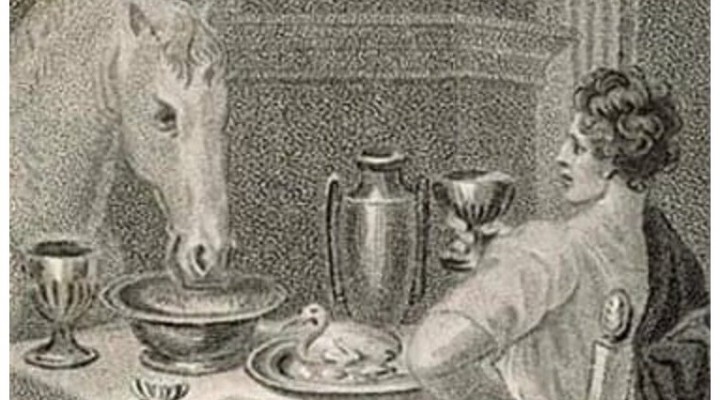 As the United States clashes with Russia and China to prevent a multipolar organization of the world and preserve its hegemony, it is weakening from within. A son of President Biden has assumed more power than a senator. He travels on official planes, as if mandated by his father, to sign personal contracts without anyone knowing what the president thinks. But this individual has no special skills, he’s just a junkie leading a patachon life. No one knows who negotiates the contracts he signs and from which he benefits. The greatness of American democracy has disappeared in favor of people who are neither elected nor even appointed.

Over the past six years, I have published various articles, far ahead of the mainstream media, warning of the division of American citizens and the rise of intolerance in their country. I predicted the inevitability of a civil war and the dissolution of the federal state.

In fact, we are witnessing the rise of new forms of segregation, we have already witnessed an opaque presidential election, the capture of the Capitol and a search of the former president of the country. Is US democracy dead? How will this basic phenomenon continue?

First of all, we must observe the demographic and sociological change of the country.

The number of people living in the USA has risen from 252 million when the Soviet Union dissolved in 1991 to 331 today, almost a third more; 79 million to be exact. At the same time, the US middle class has continued to shrink. It represented 70% of Americans at the end of World War II. Although the statistical criteria are no longer consensus, it seems that today it represents less than 45%. The number of billionaires has increased sixfold since 1991, while average wealth has grown very little in constant dollars.

US institutions are based on the principle of separation of powers stated by Montesquieu. It is a question of balancing the decisions by distinguishing between the Executive, the Legislative and the Judiciary. The system only works if all decision-makers share the same interests. This can no longer be the case since globalization, that is to say since industrial relocation to Asia and the disappearance of the middle classes that it has caused.

Americans are aware of these upheavals since, since the Occupy Wall Street movement in 2011, many political discourses have questioned the power of the richest 1% of society. That is to say of the population whose annual income is five times higher than that of the average.

A fundamental problem arose during the 2020 presidential election. Today, at least a third of voters believe that the announced results do not reflect the popular will. The two camps keep insulting each other, backed by figures, but the problem is not the count, it’s the opacity of the count. One of the fundamental principles of democracies is the transparency of elections. However, these are not stripped for a long time by citizens in public, but by civil servants, even by subcontracting companies. This time they were by machines and, often, by officials behind closed doors.

Regarding the end of the separation of powers, the most surprising was the procedures for dismissal of the Chief Executive by the Legislature on the basis of accusations of treason, all of which have now been invalidated. But as the failure of these impeachments does not solve the sociological problem, we are now witnessing a search of the same former president and his next indictment for treason. This time, the Judiciary hides behind an aberrant interpretation of the Law which makes him prosecute the person having the power to declassify what he wanted, for having forgotten to declassify certain personal papers. The crazy nature of these cases does not escape ordinary citizens who are turning away from once democratic institutions.

The collapse of US democracy manifested itself with the capture of the Capitol by an angry mob on January 6, 2021. We now know that it had no intention of overthrowing Congress, but that the police, behaving as the repressive instrument of a dictatorship, had not sought to maintain order, but to punish citizens who protested. It was only after the police had thrown a demonstrator who was climbing the facade from several floors, causing his death, that the exasperated crowd launched an assault on the Parliamentary Assemblies.

WILL THIS PHENOMENON CONTINUE?

There is no reason for this phenomenon to stop as long as the current sociological composition of the United States persists. Corruption cases show that, on the contrary, it will grow. Indeed, it is no longer a question of senior civil servants abusing their power, but of individuals neither elected nor even appointed, who monopolize a power greater than that of a senator.

Recall the Biden affair: during the 2020 presidential campaign, the New York Post revealed that a computer belonging to one of the Democratic candidate’s children had been seized by the FBI. The tabloid claimed that the files seized proved both the dissolute life of the young man (which was no mystery), as well as his corruption and that of his father.

Immediately, a vast operation was carried out to save the honor of candidate Joe Biden. On the one hand the FBI refused to further assess the computer, on the other hand personalities from the US Intelligence Community spread the rumor that it was Russian disinformation profitable to the candidate Trump  [ 1 ] . Ultimately, the Post ‘s accusations were ignored by the media and candidate Biden was declared the winner.

Two years later, the Post ‘s claims have proven true, new documents have come to light, and the Russian Defense Ministry has seized more during its operation in Ukraine. It now appears that:

Hunter Biden, who himself recounted his junkie period, is actually still addicted to drugs. He is surrounded by a camarilla of young men who share his addiction to cocaine and with whom he organizes fine parties. Without passing moral judgment on these activities, everyone can see that Hunter Biden is in no condition to run companies.
Hunter Biden has, however, founded or taken control of various major companies (Eudora Global; Owasco; Oldaker, Biden and Belair LLP; Paradigm Global Advisors; Rosemont Seneca Advisors; Seneca Global Advisors).
While his father was vice president and John Kerry was secretary of state, Hunter Biden founded a company with Kerry’s stepson, Christopher Heinz. The latter began to do business in Ukraine, on behalf of the Department of Defense, whose secretary was then Ashton Carter. It was officially a question of evaluating the remains of the Soviet military biological programs, unless it was a question of pursuing illegal research in Ukraine in the USA, as the Russians maintain.
Hunter Biden and his uncle, James Biden, worked with a Chinese state-owned oil company, CEFC. Hunter thus received 3.8 million dollars even though he has no expertise in oil matters.
Hunter Biden has become a director of Ukraine’s second oil company, Burisma, although he has no qualifications for it. He was paid $50,000 a month.
For years, Hunter Biden has been traveling permanently on official planes, unrelated to his status as the president’s son, which only allows him to accompany his father on his plane.
Ultimately, Hunter Biden leads or sits in many corporations. He officially represents the Department of Defense and unofficially at least his father. He receives large sums for work he is unable to do.

Even assuming that President Biden is not involved in his son’s affairs, he covers up the confusion he has between his personal affairs and his father’s political career. It allows him to enjoy the official means for his scams.

Under the Roman Empire, Caligula had appointed his horse consul. In the United States, Vice President Biden had covered up his son’s scams. Today, having become president, he no longer has all his head and his son takes the opportunity to continue to do business by claiming his support.

These imputations are no longer rumors. These are facts established by Senate reports.

THE WEAKENING OF THE FEDERAL STATE

Other regions of the world view the weakening of the federal state differently. For the Russians, who have experienced several revolutions and the dissolution of the USSR, misunderstandings between US citizens will lead to a civil war at home in the medium term. This will lead to a partition of the United States into independent countries, more or less ethnically homogeneous.

On the contrary, for the Chinese, who have several times experienced the weakening of their monarchy, the United States will endure, but they will plunge into a form of anarchy. The federated states will take their autonomy and will no longer really obey the federal state.

In any case, only Westerners imagine that the United States is still a democracy and that it will remain so.

The American Century Is Over, w/ Daniel Bessner

The conflict in Ukraine is precipitating the end of Western domination

0 thoughts on “The Decline of the American Empire”