HOME / Politics / After the USSR, the USA collapses

After the USSR, the USA collapses 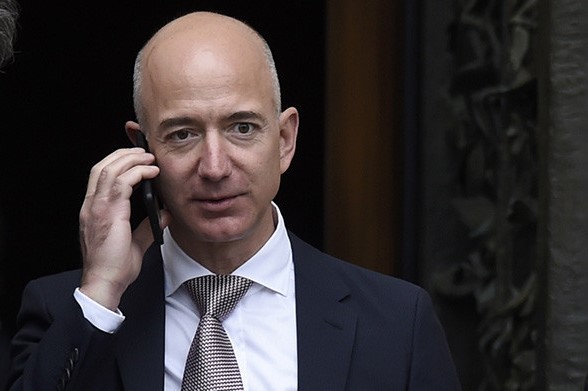 Everything has an end, so do empires, both the United States and the Soviet Union. Washington has outrageously favoured a small camarilla of ultra-billionaires. Now it has to face its old demons, prepare for secession and civil war.

Each of the two camps that are fighting in the United States, the Jacksonians and the Neopuritans, wants to end the other. The former speak of insurrection, while the latter want repression, but all are preparing for confrontation. So much so that two thirds of the citizens are preparing for Civil War.

The Jacksonian point of view

The Jacksonians take their name from President Andrew Jackson who, before the Civil War, opposed the creation of the Federal Reserve (an independent central bank). They disappeared from political life for a century until one of them, Donald Trump, was elected to the White House. Above all, they oppose the incestuous links between private banks and the US central bank, the publisher of the dollar.

In many states, officials counting the November 3, 2020, presidential election votes have been instructed to expel observers and block windows from their offices. In doing so, they deprived the result – whatever it was – of any democratic legitimacy.

The problem is not who was elected, but what to do when the national pact has been broken.

According to the Second Amendment to the US Constitution, citizens have a duty to arm themselves and organise themselves into militias to defend the freedom of their state when it is threatened.

This amendment is part of the “Bill of Rights,” the adoption of which was the non-negotiable condition for citizens who had fought for independence to accept the Constitution drafted by the Philadelphia Convention. It implied that any citizen could possess weapons of war, whatever they might be, and made possible the repeated massacres that plunged American society into mourning. However, despite the human cost of these crimes, it has always been maintained as essential to the balance of the US political system.

Precisely, according to 39% of US citizens, resorting to arms against corrupt authorities is not an option, it is a duty. According to 17% of citizens, the time to act is now [1].

Armed groups are preparing to demonstrate in every state on the occasion of Joe Biden’s induction in Washington on 20 January 2021. The FBI fears serious riots in 17 of them.

These facts can be interpreted in many ways and the insurgents can be accused of being either “conspirators” or “neo-Nazis” or both. The fact remains that their revolt is the only legitimate attitude with regard to American history and law.

This revolt can be linked to the bizarre and ephemeral capture of the Capitol on January 6th. Nevertheless, the two events are not linked. It is not a question of overthrowing the legislative power, but of neutralising the whole political class and proceeding with new elections, transparent this time.

The citizens protesting against the “theft of the electoral system” are mainly, but not only, Donald Trump’s voters. These are not recriminations by Donald Trump’s supporters because he was declared defeated, but a fundamental problem about the necessary transparency in a democracy.

The opacity of the presidential vote count has unleashed passions, already tormented since the 2007-10 financial crisis. The majority of the population did not accept President Barack Obama’s proposed $787 billion bank bailout plan (in addition to the $422 billion in toxic loan repurchases predicted by George W. Bush). At the time, millions of citizens claiming to be “already taxed enough” (Taxed Enough Enough Already) had founded the TEA Party, in reference to the Boston Tea Party that opened the War of Independence. This movement against heavy taxes aimed exclusively at rescuing ultra-billionaires grew both on the right and on the left, as evidenced by the campaigns of Governor Sarah Palin (Republican) and Senator Bernie Sanders (Democrat).

The massive downgrading of the petty bourgeois due to the consequences of relocation now leads 79% of US citizens to claim that “America is collapsing”; a proportion of disillusioned people without equivalent in Europe, except among the French “yellow jackets”.

It is obviously highly unlikely that if riots broke out on January 20, they would turn into a revolution. But this movement has been carving out a place for itself among the population for about ten years now. It has enough supporters, across the political spectrum, to start the battle and to last.

The neopuritan point of view

In contrast to the Jacksonians, the groups raging against the still-in-office president Donald Trump are just as sure of their rightful place. Like Lord Protector Oliver Cromwell, they claim a higher moral standard than the law; but unlike the English Republican, they do not use religious references. They are Calvinists without God.

They intend to create a Nation for all, not with their opponents, but by excluding all those who do not think like them. That is why they welcome the decisions of Twitter, Facebook, Instagram, Snapchat and Twitch to censor those who challenge the regularity of the election. They do not care if these multinationals arrogate to themselves a political power that contravenes the spirit of the First Amendment of the Constitution, since they share the same conception of Purity as they do: freedom of expression does not apply to heretics or “trumpists”.

Carried away by their zeal, they rewrite the history of this Nation, “light on the hill”, which came to enlighten the world. They do away with all class consciousness and magnify all minorities, not because of what they do, but because they are a minority. They purify the universities, practice inclusive writing, sacralise the wilderness, distinguish information from fakenews, overthrow statues of great men. Today, they are trying to remove President Trump from office, not because he organized the capture of the Capitol, but because he is the champion of those who took it. None of these heretics can have a place in the sun.

In the seventeenth century, the Puritans practiced public confessions in order to gain access to eternal life. In the 21st century, their successors, the Neo-Puritans, are still beating their chests for the “white privilege” they believe they enjoyed in order to attain immortality. Ultra-billionaires such as Jeff Bezos, Bill Gates, Arthur Levinson, Sundar Pichai, Sheryl Sandberg, Eric Schmidt, John W. Thompson and Mark Zuckerberg are promoting a new ideology that claims the superiority of the digital man over the rest of humanity. They hope to defeat disease and death.

These very rational people have long ago abandoned reason to the extent that it is now impossible, according to two-thirds of Americans, to agree with them on basic facts. I am writing here about neopuritans, not trumpists.

Their fanaticism had already provoked the English Civil War, then the American War of Independence and the American Civil War. President Richard Nixon’s first fear was that it would open a fourth war that would tear the USA apart. That is where we are now.

Part of the power has already tipped democratic institutions into the hands of a few ultra-billionaires. The United States that we knew no longer exists. Their agony has begun.

The fall of the Western Model

Biden and power by force

0 thoughts on “After the USSR, the USA collapses”