HOME / Politics / The fall of the Western Model

The fall of the Western Model 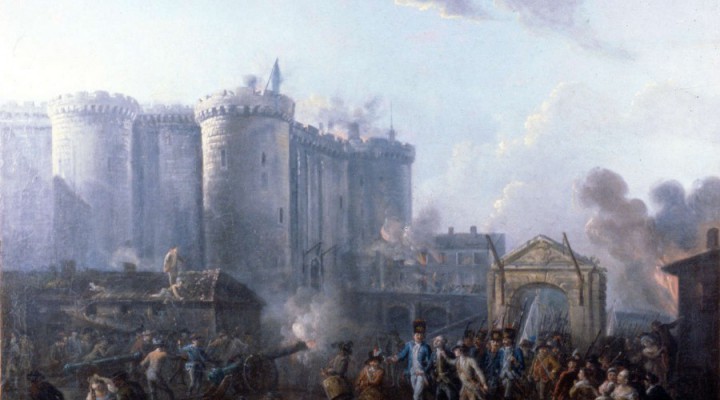 The Western model, based on capitalism and democracy, no longer manages to defend the general interest or guarantee popular sovereignty. By accumulating these two failures, it brings together the two ingredients of a generalized revolution.

The crisis of capitalism

Historically, the crisis of the West began with the crisis of American capitalism in 1929. At that time, the majority of books and newspapers claimed that the concentration of capital sterilized the economy by preventing competition in many areas. While famine was raging in the US, three political models were proposed by the press at the time to break the economic deadlock:

– Leninism with the nationalization of all productive goods at the risk of destroying all individual initiative;

– the fascism of Lenin’s former representative in Italy, Benito Mussolini, who planned not to fight against the concentration of capital, but to organize it within corporations, at the risk of making employees lose all possibility of resisting abusive employers;

– Franklin Roosevelt’s progressivism, for whom technology was supposed to revive the economy and provide the solution as long as competition was restored by dismantling large corporations (according to Simon Patten’s doctrine).

It was Lenin himself who noted the failure of his economic theory during the Civil War. He then liberalized foreign trade and even allowed some private enterprises in the Soviet Union (the New Economic Policy – NEP). Fascism could only develop at the price of terrible repression. It was swept away by the Second World War. Progressiveism remained the rule until the 1980s when it was challenged by the deregulation of Ronald Reagan and Margaret Thatcher.

This fourth model is now also challenged by the destruction of the middle classes caused by globalization. President Bush Sr. thought that with the disappearance of the USSR, the search for prosperity should replace the military rivalry between Washington and Moscow. He allowed some US companies to form an alliance with the Chinese Communist Party and to relocate factories to the Chinese coast. Even though Chinese workers were not trained at all, the cost of their labor being twenty times lower in China than in the U.S., these companies accumulated colossal profits that allowed them to impose a much greater concentration in certain sectors than in 1929. Moreover, they made most of their profits not from the production of goods and services, but from the income from their liquid assets. Capitalism changed its nature once again. It was no longer productive, but had become financial.

Chinese workers, having gradually trained themselves, have now become as costly as US workers, so that relocation now affects their own country to the benefit of Vietnam and India this time. We’re back to where we started.

The US companies that have undertaken to relocate their jobs to China and to financialize their activities have managed to amalgamate their ideology of “economic globalization” with the globalization of the use of new techniques; two unrelated things. Indeed, while new techniques can be used everywhere in the world, they cannot be used at the same time, as they require energy and raw materials.

They have therefore convinced Secretary of Defense Donald Rumsfeld to divide the world in two: on the one hand a zone of global consumption, around the USA, Russia and China, and on the other a zone of resources to feed the former. The Pentagon then decided to destroy the state structures of the Broader Middle East so that the people of the region would not be able to resist this project; what George W. Bush called the “war without end”. Indeed, eternal wars began in Afghanistan, Iraq, Libya, Syria, Yemen, each time allegedly for different reasons, but always with the same aggressors, the jihadists.

In 2017, Donald Trump and Xi Jinping decided at the same time to fight against this phenomenon, the former through protectionist nationalism and the latter through economic nationalism. However, Trump’s proposed tax reform was rejected by Congress: the Border Adjustment Act would have liberalized exports and taxed all imports at 20 per cent. For his part, Xi Jinping created a body to monitor the conformity of corporate objectives with those of the nation, the United Front, at the 19th Congress of the CCP. A state representative was introduced into the board of directors of each major company.

Trump’s failure to get his tax plan through led him to try to obtain the same benefits by declaring a customs war against China alone. The CCP responded by trying to both develop its domestic market and direct its overproduction towards Europe. The latter immediately paid the price. As always when governments are not attentive to the plight of their people, the economic problem causes a political crisis.

The crisis of democracy

Contrary to popular belief based on the appearance of things, it is not the choice of a new political regime, but the defense of collective interests that provokes revolutions. In the modern world, it is always about patriotism. In any case, those who revolt think, rightly or wrongly, that their rulers are at the service of foreign interests, that they are no longer allies but enemies.

The international order that was imposed after the Second World War was supposed to serve the general interest, whether through some form of democracy or through some form of dictatorship of the proletariat. However, this system could not function over time in non-sovereign states such as those of NATO or the Warsaw Pact. At one time or another, the rulers of these states were led to betray their people and serve their suzerain, the US or the USSR. This system has been accepted all the time during which, rightly or wrongly, everyone thought it indispensable for living in peace. This reason no longer exists today, but NATO is still there, now without legitimacy.

NATO, a kind of Foreign Legion of the United States and the United Kingdom, thought up and created what has become the European Union. Initially, it was a question of anchoring Western Europe in the Western camp. Today, through treaties, the European Union subordinates its defense to NATO. In practice, for the peoples of the EU, the North Atlantic Alliance is the military component of a whole of which the EU is the civilian component. NATO imposes its standards, builds the infrastructure it needs, and is financed through opaque institutions. All this is hidden from the eyes of its inhabitants, who are explained, for example, that the European Parliament votes on the norms, while it merely ratifies the NATO texts presented by the Commission.

There is no doubt that, although they suffer it without flinching, the citizens do not accept this organization: they have not stopped opposing the idea of a European Constitution.

At the same time, the concept of democracy has been profoundly transformed. It is no longer a question of guaranteeing the “power of the people”, but of submitting to the “rule of law”; two irreconcilable concepts. From now on, magistrates will decide for the people who will have the right to represent them and who will be deprived of this right. This transfer of sovereignty from the peoples to the judicial systems is indispensable to maintain the effective domination of the Anglo-Saxons over the members of the EU. Hence the relentlessness of Brussels to impose the “rule of law” on Poland and Hungary.

The collapse of the standard of living of the little people in the USA under Barack Obama led to the election of Donald Trump. The acceleration of relocations from Europe as a result of the customs war between the USA and China provoked the movement of Yellow Vests in France.

This popular revolt materialized in the first weeks of this movement (with the demand for the Citizens’ Initiative Referendum -RIC- by Étienne Chouard). It was in line with the candidacy of the humorist Coluche for the French presidency in 1981 (“All together for their ass”) and the demonstrations of the Italian humorist Beppe Grillo in 2007 (“Vaffanculo”, meaning “Fuck them”). Gradually, the derision is accompanied by ever stronger and more obscene anger.

It must be understood that the question of the rejection of US military domination preceded that of economic globalization, but it was the latter that opened the revolt. In the same way, it is necessary to distinguish the patriotic demands of the Yellow Vests, with the national flag at the head, from those of the Trotskyists who quickly took control of their movement and hijacked it by attacking symbols of the Nation, vandalizing the Arc de Triomphe and the statue of the Marseillaise.

In short, the current revolt is the fruit of both three-quarters of a century of Anglo-Saxon domination over the members of the European Union and the hyper-concentration of globalized capital. Taken together, these two crises form a time bomb that, if not defused, will explode to the detriment of all. This revolt has now reached a real awareness of the problem, but is not yet mature enough not to be subverted by European rulers.

By not even trying to solve the problems posed, they hope to enjoy their privileges for as long as possible, without having to assume their responsibilities. In doing so, they have no choice but to push for war or risk being overthrown with great violence.

0 thoughts on “The fall of the Western Model”