HOME / SOCIAL/CULTURAL / US Publisher: What if COVID Outbreak is Part of the Pentagon’s Biowarfare Plan?

US Publisher: What if COVID Outbreak is Part of the Pentagon’s Biowarfare Plan? 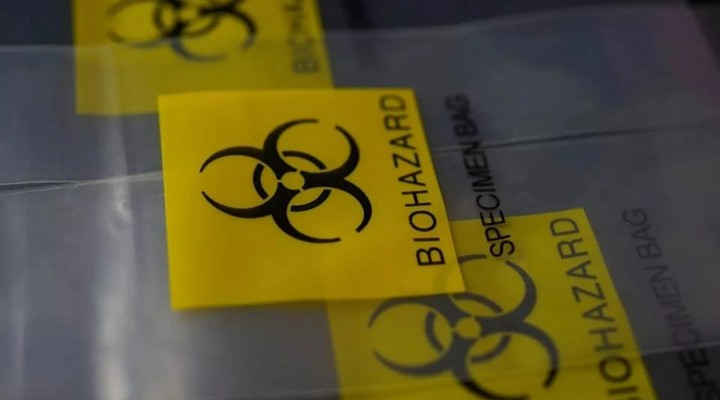 The Korean Central News Agency (KCNA), the state news agency of the Democratic People’s Republic of Korea (DPRK), has recently accused the US of being a “sponsor of biological terrorism”, adding that allegations that Washington is behind the COVID-19 pandemic are “by no means fortuitous”.

Pyongyang’s assumptions with regard to Washington’s potential role in the COVID-19 pandemic apparently stem from a bombshell report by professors Jeffrey D Sachs and Neil L Harrison, published in May 2022 by peer-reviewed multidisciplinary scientific journal, The Proceedings of the National Academy of Sciences of the United States of America (PNAS).

“Prof Jeffrey Sachs of Columbia University had spent two years as chairman of the Lancet Commission on COVID and recently published a major paper in the prestigious PNAS journal arguing that the virus was very likely artificial, also calling for an independent inquiry into its possible American origins, but virtually all western media outlets ignored his dramatic reversal,” says Ron Unz, an American technology entrepreneur, political activist, writer and the publisher of the Unz Review.

On 27 May, Sachs and Harrison released an op-ed for Project Syndicate, arguing that US authorities suppressed inquiries into the role US scientific research institutions may have played in creating the conditions of the COVID pandemic. “Yet if the coronavirus did indeed come from a lab, US culpability is almost certain,” the professors insisted, calling for independent probes “not only into the outbreak in Wuhan, China, but also into the relevant US scientific research, international outreach, and technology licensing in the lead-up to the pandemic.”

According to Sachs and Harrison, “the full story of the outbreak could involve America’s role in researching coronaviruses and in sharing its biotechnology with others around the world.” The professors pointed out that “US scientists who work with SARS-like coronaviruses regularly create and test dangerous novel variants” to develop drugs and vaccines against them. These experiments, also known as “gain-of-function” research, have been conducted for decades prompting concerns that one day they could lead to an accidental outbreak or end up in the wrong hands, the scholars highlighted.

“In June, [Sachs] went even further in his public statements at a Spanish think-tank, describing the COVID virus as probably having an American origin,” notes Unz. “In my opinion, Prof Sachs is merely stating what many senior figures in the West quietly believe or suspect but have been unwilling to mention publicly.”

An Accidental Leak or a Warfare Tool?

America’s experiments with viruses and dangerous pathogens have triggered concerns in Russia and China over the past few years. On 13 May 2020, Russia’s Minister of Foreign Affairs Sergei Lavrov drew attention to a “dense network” of US biolabs located “along the perimeter of the Russian Federation and near Chinese borders”.
Earlier this year, Beijing urged Washington to disclose the information about the activities of at least 360 biolabs in the world, presumably run by the US.

Since 2001, Russia, China, and many other countries have advocated the creation of a verification mechanism within the framework of the Convention on the Prohibition of the Development, Production and Stockpiling of Bacteriological (Biological) and Toxin Weapons and on their Destruction to ensure biosafety across the world. Nonetheless, the US was “about the only country” which has categorically opposed this proposal for roughly 20 years, Lavrov revealed in 2020.

“Over the past 70 years, America has invested an estimated $100Bln in developing the world’s largest and longest-standing biowarfare program,” says Unz.

The American publisher suggested that the US could be responsible for the COVID outbreak long before Sachs and Harrison did. Furthermore, Unz does not rule out that the pathogen was used as a deliberate biowarfare tool against China and, possibly, Iran by “elements of [the US] national security establishment, though without the direct knowledge or authorization of President Donald Trump.”

There are a lot of unknowns about the mysterious pandemic which is believed to have come from the Huanan Seafood Market in Wuhan, China. For instance, neither a COVID-19 “patient zero” nor a “guilty bat” have been found, which means that SARS-CoV-2 may actually have been circulating among humans some time before the late 2019 Wuhan outbreak, according to CBS News.

In April 2020, ABC News broke the story that a special medical intelligence unit within the US Defense Intelligence Agency (DIA) in the second week of November 2019 produced a classified report warning about an “out-of-control disease epidemic” in the Wuhan area of China. It urged the US to protect its forces in Asia. Although a Pentagon spokesman officially denied the existence of that November report, Israel’s broadcaster Channel 12 said the US had also shared the document in question with NATO and Israeli Defense Force (IDF).

It appears suspicious, according to Unz, that the DIA rushed to dub the mysterious disease an “epidemic” at a time when just a couple of dozen individuals were infected in Wuhan.

“It therefore appears that elements of the Defense Intelligence Agency were aware of the deadly viral outbreak in Wuhan more than a month before any officials in the Chinese government itself,” Unz points out. “Furthermore, the New York Times and CNN have also promoted a major new research study just published in Science that found the first Wuhan infection probably occurred on 18 November 2019. This was after the secret DIA report had already been produced, but the American media has completely ignored the implications of this striking discrepancy.”

Yet another strange coincidence was Donald Trump’s appointment of Robert Kadlec as the top official for dealing with biological threats in 2017, the American writer says. Since the Nineties, Kadlec had been one of America’s leading biowarfare advocates.

“From January to August 2019, Kadlec’s department ran the ‘Crimson Contagion’ simulation exercise, involving the hypothetical outbreak of a dangerous respiratory viral disease in China, which eventually spreads to the United States, with the participants focusing on the necessary measures to control it in this country,” Unz says, adding that before that China had suffered two inexplicable viral epidemics which hit its poultry and pork industry in 2018 and 2019, respectively.

Although the Pentagon’s alleged responsibility for the COVID outbreak has yet to be examined and backed by solid evidence, one must admit that Washington is no novice where biological warfare is concerened.

The US was accused of using germ weapons against Korea during the Korean War (1950-1953) and China based on the testimony of at least 38 US military pilots.

In August 2021, Xinhua quoted witnesses and historians describing how the Pentagon used germ bombs in civilian areas in China and Korea to spread dozens of species of poisonous insects and germs.

And Havana leveled accusations against the Pentagon over the dengue epidemic in Cuba that contaminated 345,000 people in 1981 and an artificial outbreak of African swine fever (ASF) that led to the slaughter of 500,000 animals and inflicted considerable economic damage on the island nation in 1971. The US Department of Defense denied the allegations.

“Over the years highly regarded and fully mainstream American journalists and academics have published books and articles documenting America’s extensive use of biowarfare during the Korean War and later as anti-food supply attacks against Cuba, East Germany, and other countries,” notes Unz.

Recently, Russia’s Ministry of Defense has revisited cases pertaining to the US history of biological warfare, while examining a trove of highly sensitive documents shedding light on the Pentagon’s experiments with highly contagious pathogens in Ukraine. According to the MoD, the Pentagon’s Defense Threat Reduction Agency (DTRA) division ran a network of biological labs in Ukraine with the aim of inflicting damage on Russia’s people and economy.

“I’m certainly aware of the Russian Ministry of Defense public claims regarding the Pentagon’s involvement in Ukrainian biolabs, and the preparation of possible biowarfare attacks against Russia,” says Unz. “I don’t have any special knowledge of this issue, but the apparent public admission by [Undersecretary of State] Victoria Nuland at a US Senate hearing convinced me that there was a high likelihood that these Russian accusations were correct.”

Unz argues that “American military plans for biowarfare attacks against Russia dramatically increase the likelihood that similar measures had been prepared against China and Iran, and perhaps actually carried out by rogue elements of the Trump Administration.” Although US secretive biological programs and the Pentagon’s overseas biowarfare labs have been triggering further suspicions, the topic still remains largely neglected and suppressed by western mainstream media.

Scott Ritter talks about the Biolabs

Despite U.S. Bluff and Bluster, Pentagon’s Bioweapon Threat to Russia and China Is Serious

And What About Those Biolabs?

Analyst: US supports military use of biological weapons

One thought on “US Publisher: What if COVID Outbreak is Part of the Pentagon’s Biowarfare Plan?”