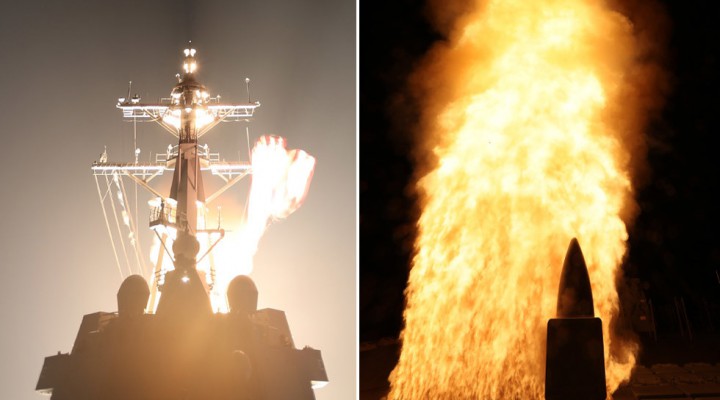 The US has long dismissed Russian concerns over the deployment of the Aegis Ashore missile defense system on European soil. This week’s test of the SM-3 Block IIA interceptor against an ICBM has proven Russian concerns correct..

On Tuesday, the US Missile Defense Agency (MDA) announced it conducted a test of an Aegis Ballistic Missile Defense (BMD) System-equipped Arleigh Burke-class destroyer, the USS John Finn, against what was termed a “threat-representative Intercontinental Ballistic Missile (ICBM) target” using a Standard Missile-3 (SM-3) Block IIA interceptor. The test object was launched from Kwajalein Atoll, in the Republic of the Marshall Islands, toward an area of the Pacific Ocean northeast of Hawaii. According to the MDA, the SM-3 Block IIA missile successfully intercepted its target.

The successful test is but the latest in a series intended to prepare the SM-3 Block IIA missile and its associated systems–the Aegis Baseline-9 Weapons System and Command and Control Battle Management Communications (C2BMC) network–for operational duty as America’s frontline missile defense capability.

Previously, the Aegis weapons system had been advertised by the US as being limited against short- and intermediate-range missile threats. This reasoning was cited by both US and NATO officials as a counter to long-standing Russian concerns that the Aegis Ashore missile defense systems installed in Romania and Poland represented a threat to Russian strategic missile capabilities. The shooting down of an ICBM-like target by the Aegis BMD System has shown that Russia’s concerns were, in fact, well grounded.

The Aegis system tested off the coast of Hawaii is identical to those recently made operational in Romania and under construction in Poland, having been specifically designed to use the Aegis Baseline 9 Weapons System, and are interoperable with the US C2BMC European network. As such, there is no reason the European Aegis Ashore sites cannot be used to intercept ICBMs. Indeed, while the Romanian Aegis Ashore is currently equipped with the less-capable SM-3 Block IB interceptor, the Polish Aegis Ashore site will use the SM-3 Block IIA interceptor, providing an ICBM-killing capability for the European continent.

Russia has long held that the deployment of anti-ballistic missile systems in Europe represented a major alteration of the strategic balance of power, insofar as it empowered a potential US/NATO nuclear first strike scenario, in which US nuclear-armed missiles would be launched against Russian strategic nuclear forces in an effort to preemptively destroy them. Europe would then avoid the certainty of mutually assured destruction by hiding behind the US missile defense shield, which in theory would be capable of shooting down the handful of Russian missiles that might survive such an attack.

In response to the initial deployment of Aegis Ashore in Europe, Russia forward-deployed short-range nuclear missiles into Kaliningrad as a deterrent.

The SM-3 Block IIA interceptor represents a great threat to Russia. When deployed from aboard Baseline-9 equipped Arleigh Burke-class destroyers integrated into the C2BMC network, the SM-3 Block IIA interceptor becomes the anchor of a potentially global missile defense shield capable of nullifying the ICBM strike potential of all would-be adversaries–including Russia.

The US Navy currently bases four Arleigh Burke-class destroyers at its Naval Base in Rota, Spain, and has plans to increase this number to six in the near future. These destroyers have begun patrolling the Barents Sea, above the Arctic Circle, putting them in a position to shoot down Russian ICBMs trying to reach the US by overflying the Arctic.

The threat posed to Russia by the SM-3 Block IIA is real. Russia has long linked further progress in arms control to the need for the US to agree to limitations on its ballistic missile defense capabilities to prevent the very situation that is unfolding today.

By putting the SM-3 Black IIA interceptor to the test as an anti-ICBM weapon, the US has made the New START treaty irrelevant overnight, testing the willingness of Russia to agree to an extension. Even if Russia does allow the New START treaty to be extended, there is little doubt that it will insist on meaningful and verifiable limits to US ballistic missile defense capabilities, including the SM-3 Block IIA interceptor, before Russia could sign on to a new follow-on strategic arms reduction treaty.

More critically is what the new SM-3 Block IIA does to the current Russian nuclear posture, which is already being re-evaluated in light of the decision by the US to deploy low-yield nuclear warheads onboard US missile-carrying submarines.

The combination of low-yield nuclear weapons on board US submarines lurking off Russia’s coast with US destroyers equipped to shoot down Russian ICBMs is the stuff of any Russian nuclear planner’s worst nightmare. Russia will most likely be compelled to reexamine its alert posture to account for the increased possibility that the US may seek to launch a preemptive decapitation attack using low-yield nuclear weapons.

This means that Russia will be compelled to react quickly to any detection event suggestive of such a strike, reducing the time for leaders to consider the possibility of error before giving the order to launch. In short, while the US may claim that the SM-3 Block IIA is a defensive weapon that creates stability in regional and global security, the exact opposite is the case–the SM-3 Block IIA increases the chance for inadvertent nuclear war between the US and Russia. This is never a good outcome.