HOME / Economy / The Geopolitics of Famine

The Geopolitics of Famine 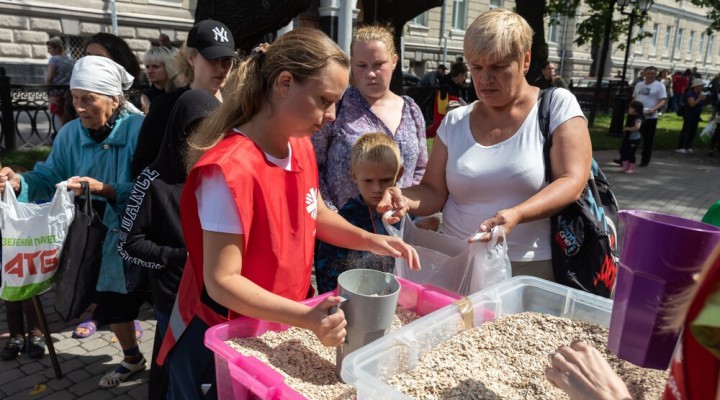 Most geopolitical analysts can agree that the Russian invasion of Ukraine has detrimentally impacted the global economy. This is especially true when it comes to food security, with supplies disrupted, prices skyrocketing, and shortages created that run the risk of causing famine. The US and European Union have accused Russia of “weaponizing food” by cutting off Ukrainian grain and Russian fertilizer from global markets. Russia, in turn, blames the food supply crisis totally on Western sanctions. The truth may lie somewhere in the middle. The ongoing crisis has disrupted the economies of both Ukraine and Russia, denying them access to income-generating global markets. It has also contributed to the high level of inflation in both the US and EU. But one thing is certain: The populations of the countries that need Ukrainian wheat and Russian potash the most are paying the highest price, with millions facing the prospect of hunger and starvation.

A report prepared by the Global Network Against Food Crises, an international alliance working to address the root causes of extreme hunger, which acts under the auspices of the World Food Program, shows that in 2021 global levels of hunger surpassed all previous records — with close to 193 million people acutely food insecure and in need of urgent assistance across 53 countries and territories. This represents an increase of nearly 40 million people compared with 2020. According to the report, the outlook for 2022 is for further deterioration of global hunger levels, exacerbated by the ongoing conflict in Ukraine, which is having severe repercussions on global food, energy and fertilizer prices.

The Russian invasion of Ukraine on Feb. 24 severely disrupted the global agricultural supply chain by compromising deliveries of food and pushing up food prices around the world. While prices for every category of foodstuff had already been on the rise since late 2020, the Russian invasion of Ukraine caused global cereal and vegetable oil markets, in which both Ukraine and Russia play significant roles, to jump. They increased by 12.6% from February to March, reaching an all-time high of 159.3 points on the United Nations Food and Agricultural Organization’s Food Price Index.

Russia’s blockade of Ukrainian ports that serve as a vital gateway for food exports prompted Ukrainian President Volodymyr Zelenskiy in May to plead with international leaders over the imminent food crisis and the need for immediate action to facilitate the delivery of Ukrainian grain to foreign markets.

In July, an agreement with Russia and Ukraine was brokered by Turkey and the UN, which designated three ports for Ukraine to ship grain supplies through the Russian blockade. A similar agreement signed at the same time gave Russia a waiver to sanctions imposed by the US and its European allies so that it could export its agricultural products and fertilizer.

Within weeks, Russia issued threats to exit the deal, declaring that while the agreement had opened the way for Ukrainian grain shipments, it had failed to follow through regarding the export of Russian fertilizer and food products. By way of illustration, Russian President Vladimir Putin highlighted that Russian ships carrying an estimated 300,000 tons of fertilizer were being held up in European ports because of sanctions.

Putin also was critical of the distribution of the food, noting that of 87 ships loaded with grain from Ukraine, just two carried grain for the UN’s World Food Program (WFP), accounting for just 60,000 tons of the estimated 2 million tons shipped. Only two nations listed by the WFP as experiencing a food supply emergency (Yemen and Lebanon) received food; 36% of the grain shipped was delivered to EU countries; and the rest went to Asian nations that were not suffering food shortages.

While this may seem antithetical to the concept of fending off a global food emergency, it is in keeping with one of the fundamentals of global food supply — to keep the price of food down. Most of the ships released under the UN deal had been previously contracted in normal commercial transactions and were delivered in fulfilment of contractual obligations. By allowing these contracts to be fully implemented, the UN eased global food supply pressures, allowing the price of food to fall. Low food costs are critical when it comes to the provision of emergency food aid, since most aid is provided in the form of cash credits used to buy food on the open market — thus, the higher the cost of food, the less purchasing power in the credits allocated.

This relationship between cost stability (and lower costs) and food aid, however, creates problems for a supplier like Ukraine, for which grain sales represent a major source of income. Recently, Russia, sensing hesitation on the part of Ukraine to release food supplies without being adequately compensated, has offered to provide 500,000 tons of free grain to countries most in need.

Whether free of charge, or at full cost, the future of the food supplies covered by the UN-brokered grain deal is an open question. In the aftermath of a Ukrainian drone attack on the Russian Black Sea fleet, Russia suspended its participation in the deal, accusing Ukraine of using the shipping lanes used to transport the grain as cover for the attack. Ukraine denies this.

While Ukraine has provided written assurances that it will not use the shipping lanes for military purposes, prompting Russia to rejoin the agreement, the agreement itself is set to expire on Nov. 19. Russia remains unhappy with the deal, given the uneven approach toward its implementation, which largely facilitates Ukrainian participation while restricting Russia. Renewal of the deal is expected to be high on the agenda at the G20 summit in Indonesia later this month.

The geopolitics of famine is such that millions of lives are held hostage to conflicts far from the nations most in need. Hopefully, the US, Russia and the UN will be able to reach an equitable balance before it is too late.

How The Left Should Respond To Inflation (with Hadas Thier)

0 thoughts on “The Geopolitics of Famine”