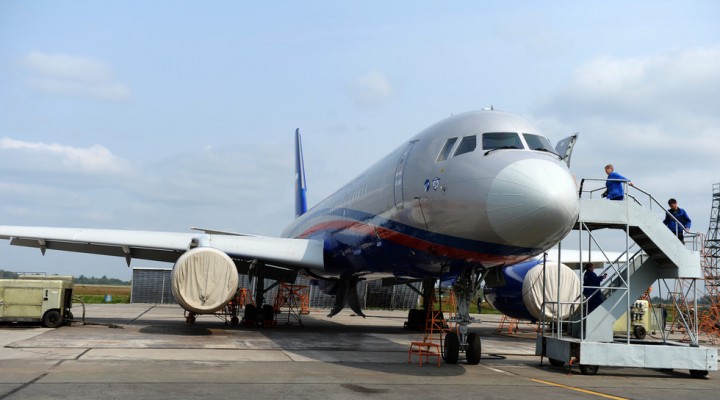 Moscow’s decision to withdraw from the Open Skies Treaty should be seen by the Biden administration as a chance to rebuild and reinvigorate the institutions associated with European security, rather than a failure of diplomacy.

According to a statement released by the Russian Ministry of Foreign Affairs, “due to the lack of progress in eliminating the hindrances for further functioning of the Treaty under the new circumstances,” the Russian government was declaring that it had begun “domestic procedures for the withdrawal of the Russian Federation from the Treaty on Open Skies.” The Russian statement declared that the responsibility for this action rested solely with the United States, which precipitated the current crisis by withdrawing from the same treaty in November 2020, inflicting “severe damage to its functioning and undermined the role of the Open Skies Treaty as a confidence and security building measure.”

‘Open Skies’, a concept ahead of time

The inception of the Open Skies Treaty dates back to the time of the administration of President Eisenhower, who in 1955 proposed his ‘Open Skies’ plan at a summit meeting in Geneva with representatives of France, Great Britain and the Soviet Union. According to Eisenhower’s plan, the parties to the agreement would be allowed to conduct aerial surveillance of the military installations on the territories of the other parties to help with verification of compliance with any arms control agreements that might be reached between the parties.

The Soviet Union rejected Eisenhower’s initiative, likening it to “an espionage plot.” As time progressed, the intelligence value of an ‘open skies’ arrangement diminished with the advent of satellite imagery capable of meeting or exceeding the quality of any imagery that might be obtained using aircraft. However, the process of exploiting satellite imagery is very much a one-way street, allowing both the collection and analysis of imagery to be done without the knowledge of another party. While such an approach promotes the kind of secrecy intelligence services thrive in, it is susceptible to inaccurate and/or misleading interpretations derived from attempting to read too much into a single image.

The ‘open skies’ concept, with its collective and open approach to data collection, was attractive as a confidence-building mechanism. When President George H. W. Bush revived Eisenhower’s proposal, in May 1989, it was viewed as being a part of an interlocking web of mutually enforcing agreements, including the Treaties on Conventional Arms Control in Europe (CFE) and the Vienna Document, which together would form a European conventional arms control framework that could serve, as then-Secretary of State Baker noted, as “the most direct path to greater predictability and reduced risk of inadvertent war.”

The Open Skies Treaty was signed on March 24, 1992, but did not enter into force until January 2, 2002, once Russia and Belarus completed ratification procedures. The first treaty-mandated overflight took place in August 2002. By this time, one of the troika of arms control agreements which the Open Skies Treaty was supposed to support, the CFE treaty, was in danger of collapsing. Signed in 1990, the CFE treaty was intended to reduce the threat of war by reducing the overwhelming conventional power of the Soviet Union and Warsaw Pact in Europe.

It all falls apart

The dissolution of the Warsaw Pact in July 1991, when combined with the collapse of the Soviet Union in December of the same year, created an imbalance of forces favoring NATO. Efforts were made to rectify this with an “adapted” treaty text which considered the post-Cold War reality of military power in Europe. While Russia declared its compliance with the provisions of the adapted CFE treaty in 2002, NATO demands regarding Russian forces deployed in Moldova and Georgia, when combined with the fact that the three Baltic Republics (Latvia, Estonia, and Lithuania) who joined NATO in 2004, and whose respective militaries were not counted under the terms of the CFE treaty, prompted Russia to suspend its participation in the CFE treaty in 2007.

While some observers viewed the Open Skies Treaty as a relic of the Cold War, its utility was underscored in the aftermath of the 2014 crisis in Ukraine. Open Skies overflights, when combined with ground inspections carried out by inspectors from the Organization for Security in Central Europe (OSCE), were able to dispel rumors about a covert Russian military buildup along its border with Ukraine.

The Open Skies-Vienna Document arrangements provided the very confidence building mechanism James Baker had articulated when he spoke of preventing “inadvertent war.” Given ongoing NATO buildup of military forces in the Baltics, this pairing of confidence building measures could be reinvigorated as a robust European conventional arms control verification mechanism if the adapted CFE treaty could be brought into force. Russia’s withdrawal from the Open Skies agreement, following as it does on the heels of the US’ withdrawal last year, would not only kill that agreement, but severely undermine European peace and security by increasing uncertainty at a time when transparency is at a premium.

US cheats its way around the treaty

According to the Russian Ministry of Foreign Affairs, “US participation in the [Open Skies] Treaty and the possibility of observing American territory was one of the most important conditions for its entry into force. It is with this factor that our parliament in 2002 ratified the [treaty], thus agreeing to observation flights over the whole territory of Russia.”

The US withdrawal from the Open Skies Treaty undermined the very case the Russian government had made to its parliament when seeking ratification, by denying Russia access to US military installations located on US territory. While Russia believed staying in the treaty was still in its best interest, it was concerned about reports that the US was pressuring its NATO allies to provide it with copies of all images taken of Russian military facilities obtained while flying Open Skies missions.

Such a demand represented a violation of the treaty, whose text clearly states that “data collected by sensors during observation flights shall be made available to States Parties in accordance with the provisions of this Article and shall be used exclusively for the attainment of the purposes of this Treaty.” Given that the United States is no longer a party to the treaty, its receipt of data obtained by observation flights conducted within the purview of the treaty could not be construed as serving a purpose related to the treaty.

After lengthy discussions with their Open Skies Treaty partners, Russia concluded that, when it came to the European parties to the agreement, “the political orientation towards the United States proved to be more meaningful than the preservation of an important pan-European security instrument.” The Ministry spokesperson concluded that “the situation is completely unacceptable for us, as in fact all NATO members would remain able to observe the entire territory of Russia, and the territory of the leader of the alliance – USA – [blocked] from Russian observation.”

According to the treaty, Russia will officially withdraw from the treaty six months after it provides official notice of its decision to withdraw. A conference of the States Parties will be convened “no less than 30 days and no more than 60 days after they have received such notice, in order to consider the effect of the withdrawal on this Treaty.”

While there is no doubt that Russia is serious about its intent to withdraw from the Open Skies Treaty, it is also clear that Russia views it as a valuable component of a broader European security framework inclusive of an adapted CFE treaty. The timing of the Russian decision appears designed to present the incoming administration of Joe Biden with a fait accompli, the only resolution to which would be for the United States to either back down on its insistence that its European allies share data in violation of the treaty or else rejoin Open Skies, making the question of data sharing moot. Russia may also use the issue of the resuscitation of Open Skies to broach the idea of moving forward on bringing an adapted CFE treaty into fruition.

The withdrawal of Russia from the Open Skies Treaty places Europe at increased risk of the kind of inadvertent war it was created to prevent. Its present worth was proven during the Ukraine crisis, and its potential underscored by the tensions that exist in the Baltic region today between NATO and Russia. Hopefully, a Biden administration will view the Russian action as a wake-up call for meaningful engagement on the larger issue of European security, and the positive role the Open Skies Treaty plays in that regard.