HOME / WORLD / On this day, 25 years ago, Osama Bin Laden and Al Qaeda declared war on America – but nobody listened

On this day, 25 years ago, Osama Bin Laden and Al Qaeda declared war on America – but nobody listened 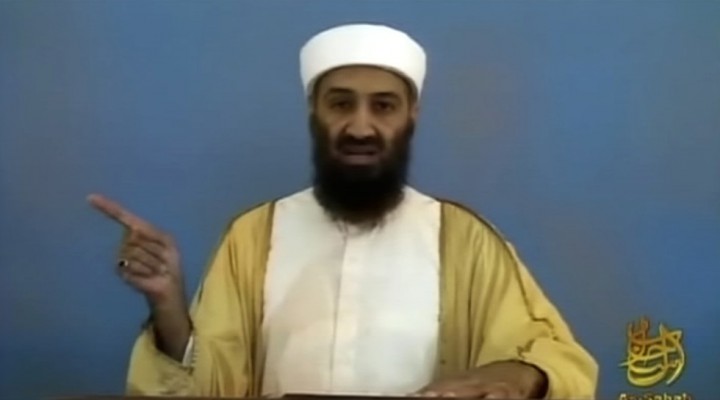 From the hills of the Hindu Kush on August 23, 1996, Osama Bin Laden told the United States he was coming for them. One can only wonder what the world would be like today if we had taken him seriously.

As the world watches the humanitarian crisis unfolding in and around Kabul International Airport, where thousands of American soldiers, airmen, sailors, and Marines struggle to facilitate the evacuation of tens of thousands of US citizens and designated Afghan citizens out of Afghanistan, the question that comes to mind first and foremost is “how did this come to be?”

Already, there is fallout on both sides of the aisle in Congress as fingers are pointed and accusations hurled by a political elite more accustomed to assigning blame than taking responsibility. Regardless of how the evacuation of Kabul ends, there will be a settling of scores, with civilian leadership seeking to cast blame on the military, which in turn will be blaming the politicians, all the while everyone casting aspersions of the intelligence community and the inevitable accusations of an “intelligence failure.” If Americans thought the Benghazi investigation was a brutal partisan witch hunt, they ain’t seen nothing yet.

While there is a plethora of operational and tactical errors that the political headhunting class will be sifting through to deliver up for public sacrifice in order to preserve their own political hides, those conducting the investigation will probably ignore the foundational event that defined the strategic framework of America’s two-plus decade experience in Afghanistan. Every journey has to begin somewhere, and when it comes to the long and winding road that terminates at Kabul International Airport, the first steps were taken well before the Twin Towers fell on 9/11. The first steps on what would become a pathway to defeat for the United States in Afghanistan were taken on August 23, 1996, when an obscure Saudi businessman-turned-jihadist named Osama Bin Laden declared war on the United States.

At a time when most Americans would have been hard pressed to locate Afghanistan on a map, Osama Bin Laden, operating from what he called “a safe base in Khurastan, high in the peaks of the Hindu Kush,” issued a religious edict, or fatwa, which served as a de facto declaration of war against Israel, the United States, and Saudi Arabia. The location from which Bin Laden dictated his fatwa, resonated with anyone possessing an understanding of the region’s history. Bin Laden was nestled among “the very same peaks upon which were smashed, by the grace of God, the largest infidel military force in the world,” adding that, on these same peaks, “the myth of the great powers perished before the cries of the holy warriors: God is greatest!”

Secure in his base of operations, Bin Laden declared that he and his organization, known as Al Qaeda, or ‘The Base,’ were working “to do away with the injustice that has befallen our umma (i.e., the worldwide community of Muslims) at the hands of the Judeo-Crusader alliance, especially after its occupation of Jerusalem and its appropriation of Saudi Arabia.” Less than a decade prior, Bin Laden, the youngest son of a well-connected Saudi construction magnate, was operating on the border of Pakistan and Afghanistan, assisting Arab mujahideen, or holy warriors, in an earlier jihad against the Soviet occupiers of Afghanistan.

In the years that passed following the Soviet withdrawal from Afghanistan in 1989, Bin Laden used his money to leverage himself into a position of authority among the more radicalized members of the Arab mujahideen who had fought in Afghanistan. In search of enemies for his new cause, Bin Laden capitalized on the presence of US forces on the soil of Saudi Arabia as a result of the Gulf War of 1990-91, when the US deployed hundreds of thousands of troops to the Persian Gulf region in response to the Iraq invasion and occupation of Kuwait. Tens of thousands of these troops remained after the conclusion of the war, something Bin Laden viewed as an affront to all Muslims, given that Saudi Arabia was the ostensible protector of Islam’s holy cities, Mecca and Medinah. “We pray to God,” Bin Laden declared, “that He might bless us with victory–He is our protector and is well capable of doing so.”

Bin Laden’s declaration of war went unnoticed by all but a handful of US intelligence analysts, whose warning about the threat posed by Bin Laden and Al Qaeda fell on deaf ears. Even after terrorists from his organization blew up a pair of US embassies in Kenya and Tanzania, on August 7, 1998, and nearly sank the USS Cole during a port stop in Yemen on October 12, 2000, efforts to bring Bin Laden to justice were lackluster at best–a cruise missile attack targeting Al Qaeda training facilities, and an abortive assassination effort organized by the CIA.

The ineffective targeting of Bin Laden by the US following the attacks on the US embassies in Africa proved to be a turning point in Al Qaeda’s relationship with the Taliban, with Mullah Omar, the head of the Taliban, publicly declaring that the Taliban “will never hand over Bin Laden to anyone and (will) protect him with our blood at all costs.”

Mullah Omar’s statement is important when viewed in light of the offer made by the Taliban in the aftermath of 9/11 to turn Bin Laden over to a third party and expel Al Qaeda from Afghanistan should the US be able and willing to share intelligence that conclusively linked Al Qaeda to the 9/11 attacks. The failure to detain Bin Laden through diplomacy, and the subsequent difficulty in ultimately bringing him and the organization he led to justice, was directly linked to many of the foreign policy disasters that have befallen the US over the last two decades. While Bin Laden was ultimately tracked down and killed in May 2011 by US forces, Al Qaeda elements remained operational in Pakistan and Afghanistan, joining forces with the Taliban, whom the United States effectively declared war on in October 2001.

Many observers speak of the collapse of the Afghan government in August 2021 as a clear-cut Taliban victory. But the truth of the matter is that what is happening in Afghanistan today is a victory of Al Qaeda. Thanks to the ineffective policies of the United States following Bin Laden’s August 23, 1996, declaration of war not only led to actions that gave Al Qaeda more prominence, but also ended up creating an alliance with the Taliban that continues to this day.

Bin Laden’s call to “Muslim brothers across the world” to join him “in the jihad against the enemies of God” for the purpose of expelling “them in defeat and humiliation” resonated among elements of Islam around the world, helping bring them together as part of an overall effort leading to the “unification of the word of our umma under the banner of God’s unity.”

One only need listen carefully to the words being spoken by the victorious Taliban in Afghanistan today to hear the echoes of Bin Laden’s call to jihad. The victory he prophesied has come true–in the mountains and valleys of Afghanistan, the myth of American invincibility did, in fact, come crashing down. One can only wonder what the world would be like today had the United States taken Bin Laden’s declaration of war at face value and use its considerable power to hunt him and his organization down, terminating them with extreme prejudice, and thereby preventing 9/11 and all that followed from happening.

A History of the 21st Century

Camera Two, Where Have you Been?

0 thoughts on “On this day, 25 years ago, Osama Bin Laden and Al Qaeda declared war on America – but nobody listened”