HOME / WORLD / John Bolton’s new book slating President Trump may have delighted the MSM, but seems to be driven by venom, not facts 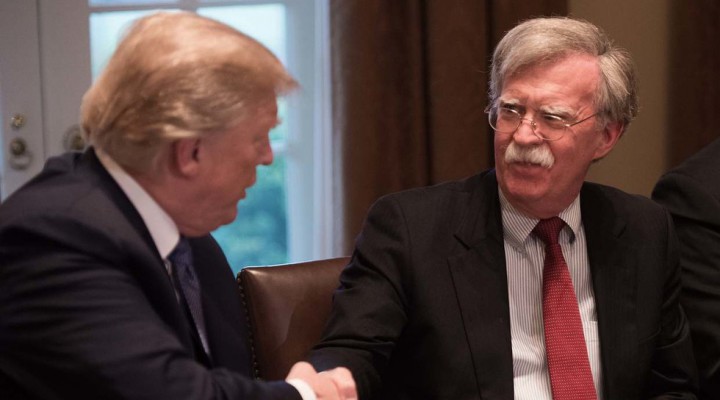 Former National Security Advisor John Bolton’s book “The Room Where It Happened” accuses Trump of incompetence and potential criminality. But it contains nothing that should disqualify him from the presidency.

Filled with pointed criticisms of President Donald J Trump, Bolton’s book, which details allegations of incompetence and potentially criminal conduct, is an elixir of hope for those whose mission is to undermine the current occupant of 1600 Pennsylvania Avenue, where the Oval Office (the “room” alluded to in the title of Bolton’s book) is located. Whether or not this elixir can deliver on its promise remains to be seen.

In 2016, the United States elected a man wholly unqualified to be President of the United States. Those who supported the candidacy of Donald Trump knew this when they cast their votes. Indeed, the lack of Washington “taint” was one of his major alluring qualities. Trump won not because he was deemed to be more experienced than his competition, but rather because the kind of experience that had traditionally been qualifying was deemed by the electorate as distinctly unqualifying.

Trump ran on a simple platform that rejected established practice and the establishment that sustained it, promising instead to “drain the swamp.” On November 8, 2016, 62,984,828 Americans voted for Trump, helping him secure an impressive 308 votes in the electoral college and the presidency.
Trump refused to hand over his tax information, made a half-hearted effort at deconfliction with his business empire, and engaged in blatant nepotism. None of this mattered to those who voted for him. In 2016, enough Americans wanted a non-traditional president to elevate the most non-traditional of presidential candidates to the Office of the President. Three-and-a-half years into his term, Trump has not disappointed in this regard.

Bolton following his own agenda
If America was seeking the ideal “swamp monster” to populate the proverbial establishment “swamp” Trump claimed to want to drain, it could look no further than John Bolton. A prototypical neoconservative hawk, Bolton has served in the administrations of every Republican president since Ronald Reagan, and in doing so, established a reputation as a no-holds-barred advocate for aggressive policies that eschew the norms of diplomacy and have exposed him as a vindictive man with a penchant for bending the truth in pursuit of his own agenda.

Bolton is also a creature of habit, his go-to move being to deride and criticize those with whom he has differences of opinion. “The Room Where It Happened” isn’t Bolton’s first brush with presidential criticism – his 2007 book, “Surrender is Not an Option”, offers a scathing critique of the administration of President George W Bush. In short, Bolton has a history of attacking the presidents he served when they deigned to support policies Bolton did not agree with.

Bolton’s criticism of George W. Bush, however, was political. His attack on Trump is deeply personal. To dignify Bolton’s narrative of his time in the White House as objective would strain credulity. “The Room Where It Happened” is little more than a screed, a collection of backroom gossip that, while appearing inflammatory and alarming, is peppered with carefully couched qualifiers and has not been corroborated by any of people who were in the same room as Bolton when all of what he claims happened actually happened.

Indeed, regarding some of Bolton’s most explosive allegations about interactions between Trump and China’s President Xi, the US Trade Representative, Robert Lighthizer, who was present for those meetings, told a Senate hearing that no such conversation took place.

Neither Bolton nor Trump has acquitted themself with dignity or honor during this sordid affair. Bolton was a known quantity when Trump brought him in as National Security Advisor – a proponent of policy options Trump himself had criticized. When Trump fired Bolton after little more than a year on the job, it should have come as a surprise to no one.

Senior advisers dismissed
Bolton wasn’t the first senior Trump administration official to be unceremoniously removed from his position, nor will he be the last. But for the Washington establishment, the inability of President Trump to retain senior advisers is seen as anathema – a mortal sin reflective of his singular lack of qualifications for the position he holds. This point of view is echoed by a media establishment that has built a business model on the kind of hand-in-glove relationship with administration insiders that Trump abhors.

Trump has been in the crosshairs of this “establishment” since before he took the oath of office and continues to be to this day. That Bolton’s tell-all book has been received by the media as the second coming is not a surprise to anyone familiar with the incestuous relationship between jilted officials with a penchant for leaking and those whose profession it is to publish those leaks.
Let there be no doubt – Bolton’s book is little more than a carefully scripted leak. Like any leak involving sensitive, most likely classified information, its publication is being challenged by the administration from which the leaks originated. Trump’s detractors have made a point of noting that the legal challenges put forward re the publication of Bolton’s book only add credence to the legitimacy of his claims.

This is patently absurd. Bolton, the consummate insider, has played the pre-publication review game like a master, hyping his book, and creating a feeding frenzy among an unquestioning media that has consumed his message like sharks to blood.

This doesn’t add credence to his words, however. Time will tell whether the allegations of presidential misconduct and incompetence put forward by Bolton in his book are sustained by fact rather than venom. The chattering classes will have an extended field day parsing and parroting Bolton’s words to undermine a president they collectively despise, and whose re-election they desperately seek to prevent. But one must never lose sight of the fact that Donald Trump is an unconventional leader whose political attraction is premised on the fact that he is the exact opposite of what the establishment supports.

By embracing John Bolton, Trump’s detractors have journeyed into dangerous territory. With less than five months to go until the 2020 election, the establishment is betting that Bolton’s book will help tip the balance in favor of Joe Biden. But Bolton is a double-edged sword, cutting all who seek to embrace him and his poisonous ideology.

If Bolton’s allegations are exposed as all flash and no substance, the establishment’s embrace of his book may very well come back to haunt them when Trump’s political base rallies behind a man whose worst crime, it seems, was to behave exactly as they’d hoped for when voting for him in 2016.

0 thoughts on “John Bolton’s new book slating President Trump may have delighted the MSM, but seems to be driven by venom, not facts”