HOME / WORLD / If Biden seeks to put a shorter leash on Russia, he may find Putin’s bite is far worse than his bark 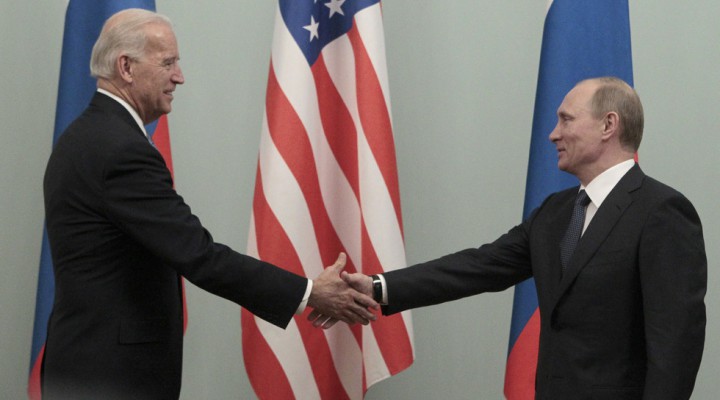 The SolarWinds hack, attributed to Russia, has led to declarations about the need for President-elect Biden to respond to what has been likened to “an act of war.” He needs to proceed with caution, lest rhetoric becomes reality.

In the aftermath of the revelations regarding the stunning SolarWinds cyber attack which has exposed the computer networks of multiple US government departments and agencies, along with those belonging to more than 17,000 civilian corporate clients, the anti-Russian rhetoric has reached new heights in Washington, DC. While formal attribution to the hack has not yet been made, the National Security Agency has pinned the blame on “Russian state-sponsored malicious cyber actors,” and Senator Richard Blumenthal, following a classified briefing on the matter, tweeted that the briefing dealt with “Russia’s cyberattack.”

Other senators have taken the rhetoric to another level altogether. “This [SolarWinds hack] is virtually a declaration of war by Russia on the United States,” Dick Durbin said, “and we should take that seriously.” Another senator, Chris Coons, noted that “It’s pretty hard to distinguish this from an act of aggression that rises to the level of an attack that qualifies as war.” Marco Rubio declared that “America must retaliate, and not just with sanctions.”

The emotions exhibited by these senators, who come from both sides of the aisle, help feed a narrative of looming confrontation between President-elect Joe Biden, who is scheduled to be inaugurated on January 20, and Russian President Vladimir Putin.

“I’ve gone head-to-head with Putin,” Biden declared during the first debate between himself and President Donald Trump, in September 2020, “and made it clear to him – we’re not going to take any of this stuff.” Biden then called Trump “Putin’s puppy,” implying that the incumbent was soft on Russia. An article published by NBC News went so far as to declare that Biden would put Moscow “on a tighter leash.”

In his initial comments following the revelations of the SolarWinds hack, Biden noted that there was “no evidence that it is under control,” adding that “the question of the damage done remains to be determined.” Biden stated that addressing the issue of cyber security would be an “overwhelming focus for my administration,” declaring that the hackers “can be assured that we will respond and probably respond in kind.”

While reticent about revealing any details regarding his plans for retaliation, sources close to Biden say that the president-elect is considering new financial sanctions as well as covert cyber-attacks targeting Russian infrastructure. This is in keeping with the Biden retaliation tool-box when it comes to Russia, first detailed in July 2020, when Biden put Putin “on notice” about any election interference, noting that imposing sanctions, freezing assets, and deploying cyberweapons were the options available to him as president should such activity be detected.

Economic sanctions, imposed by both the European Union and the United States, have failed to alter Russian policy toward Ukraine and Crimea.

Moreover, sanctions in general have reached their limit of effectiveness short of targeting Russia’s critical energy sector. Given the important role played by Russia in terms of global energy security, any sanctions that targeted Russian oil and gas production and exports would have a detrimental impact on the global economy and could prompt a Russian pushback that could make a military confrontation more likely than not.

Biden would also do well to keep in mind that nothing occurs in a vacuum. In June 2019, the New York Times reported that the US had launched an unprecedented cyber-attack targeting Russia’s electric power grid, in which malware was covertly inserted which would enable the US to switch off power at will in times of crisis. The announcement of the attack was meant to be a warning to President Putin. Seen in this light, one can allege that the SolarWinds attack that was blamed on Russia is Putin’s response, a clear signal that Russia can penetrate US cyber defenses at will. Russia could have put the Biden administration on notice that any continuation of cyber-attacks by the US against Russia will be met in kind. Whether these allegations are true or not, one thing is clear – any effort to put a leash on Moscow may very result in the American hand being badly bitten.

0 thoughts on “If Biden seeks to put a shorter leash on Russia, he may find Putin’s bite is far worse than his bark”