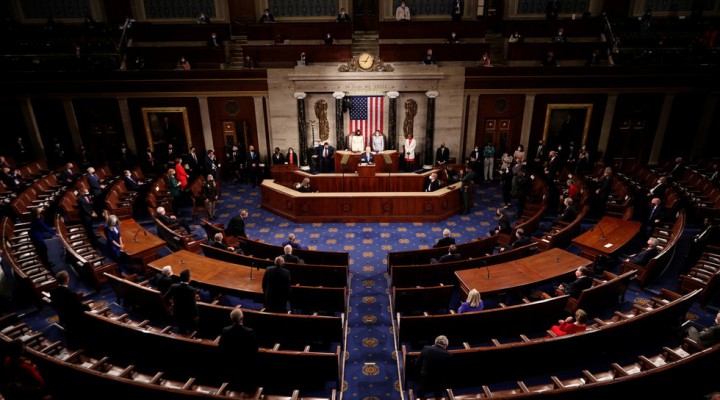 The president set out to unify a deeply divided country by promoting a vision for America’s future aimed at healing the scars of our political dysfunction. But it was very much mission impossible.

Joe Biden’s first address to a joint session of Congress was bound to disappoint. It was far more than a simple report card on the first 100 days of his presidency: It was a crystal ball through which the audience was allowed a glimpse into America’s future as seen through the eyes of its 46th president.

The problem with his speech was not so much the world he sought to portray – who would not want most, if not all, of the societal improvements he was seeking to acquire through his various program proposals? No, the problem was the magic carpet ride that Biden was asking his fellow Americans to join him on, on the journey from the present to the future.

If you were a supporter of Biden, then you might believe that the bit of woven material Biden offered up as the vehicle to a better future might actually fly. If you were not, then all you saw was a journey whose trajectory was straight down, which is where cloth that is not infused with magic takes you when you step onto it, when nothing other than hope is holding it up.

Perhaps if the first 100 days of the Biden presidency were filled with a common purpose among a population united in a shared vision of America’s future, people might be inclined to buy into the rhetoric and embrace a vision of America that had echoes of Franklin Roosevelt’s New Deal infused throughout.

As the 100th day of Biden’s presidency approaches, a poll conducted by NBC news suggests that many in the US believe there’s been no change to the wide divisions in the country. According to the report, over 80% said the country is divided, while only 16% said it was united. pic.twitter.com/8d4iOr1rjV

Roosevelt, however, had the support of Congress firmly under the control of his party, had been elected with overwhelming majorities, and the nation was united in its belief that its president represented their shared values when it came to pulling the country out of the depths of the Great Depression. Biden, on the other hand, is wrestling with a 50-50 Senate and a House where the Democrats have a razor-thin margin that many expect to evaporate come mid-term elections in 2022.

Moreover, Biden helms a nation where nearly 50% of the voting public cast their ballots against him. In short, they view Biden as the problem, not the solution, and are more inclined to oppose the kind of changes Biden is seeking for two years, at which time they believe the Republican Party will be able to regain full control of at least one, and possibly both, houses of Congress.

Given the tight political margins that Biden is dealing with (a quick CNN poll of viewers who watched the speech found that only 51% had a favorable opinion of the speech), it comes as no surprise that at the end of the day, Biden’s presentation was, both literally and figuratively, to an audience of one: Senator Joe Manchin, the conservative Democrat from West Virginia.

Biden needs Manchin’s support if any of his legislative proposals are to have a chance of becoming law. Unfortunately for Biden, Manchin’s vision of where West Virginia needs to go and how it should get there does not mesh well with Biden’s. The American Families Plan, Biden’s ambitious successor to Roosevelt’s New Deal, is, as presented in the speech, dead on arrival when it comes to Manchin.

To get it to pass the Senate, Biden will need to water it down to such an extent that he may lose others in his own party. The kind of political compromise necessary to pass the kind of sweeping legislation Biden has proposed may have been possible at one time in America’s history, but not today. Biden spoke of “We the People” as a unifying mantra that united him with his audience. But many of “the people” do not support him, and indeed never will. America is a fundamentally divided nation, and nothing in Biden’s speech altered that unfortunate reality. Manchin is but the political manifestation of this divide.

In the end, Biden’s address was little more than a reflection of America as it is today, and not the vision of America he sought to project. Biden entered a House chamber which, because of the pandemic, was mostly empty. The applause lines that most such addresses are known for echoed in the same hall where, a little more than 100 days ago, pro-Trump demonstrators roamed, having stormed their way into the Capitol in a futile effort to undo the results of an election they viewed, and continue to see, as fraudulent.

The scars created by the events of January 6, and the underlying political divisions that led to that event, are too raw to be salved by simple words. In all honesty, in another time and place, Biden’s speech would have – indeed should have – been better received. But not in today’s America. The magic is gone, and Biden’s carpet ride will never be given a chance to get off the ground.