Analyst: EU policies regarding Ukraine war have led to disaster in European economy 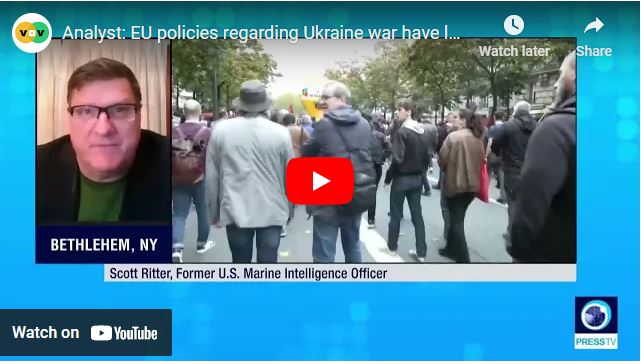 Scott Ritter, former US Marine Intelligence officer, says the policies undertaken by France and the European Union regarding the Ukraine war, especially policies targeting Russian energy, have led to a disaster in the European economy.

Thousands of protesters march in Paris as part of a day of cross-industry “mobilization and strikes” for higher wages, and to denounce the requisitioning of strikers at fuel refineries.

Tearing Down the Pantheon of Western Founders and Heroes

The United States declares war on Russia, Germany, the Netherlands and France

0 thoughts on “Analyst: EU policies regarding Ukraine war have led to disaster in European economy”