HOME / WORLD / Taiwan: A US Foothold Before a Chinese Tidal Wave 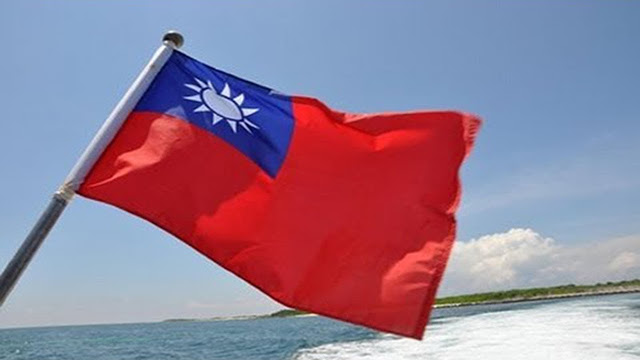 Taiwan has found itself increasingly in the middle of the growing power struggle between a waning US and a rising China.

Taiwan is recognized by both the UN and the vast majority of the world’s nations including (officially) the United States under the One China policy – but Taiwan’s pro-independence circles have nonetheless enjoyed large amounts of financial and political support from Washington and has been a point of contention in the region and between Beijing and Washington for decades.

The most recent example of this – reported by the Taipei Times in their article, “Two Washington-based pro-democracy NGOs to establish offices in Taipei,” – was the increased footprint of Washington’s notorious regime change front – the National Endowment for Democracy.

The article would claim (emphasis added):

Two Washington-based non-governmental organizations (NGOs), the National Democratic Institute for International Affairs (NDI) and the International Republican Institute (IRI), are to establish offices in Taiwan after they were sanctioned by Beijing last year.

The two institutes, along with the US National Endowment for Democracy (NED), Freedom House and Human Rights Watch were sanctioned last year after speaking in support of Hong Kong democracy activists and as well as being part of China’s tit-for-tat reaction against US President Donald Trump signing the US’ Hong Kong Human Rights and Democracy Act.

Making the purpose behind the US NED’s expansion in Taiwan much clearer was IRI president Daniel Twining’s comments claiming (emphasis added):

From our Taipei base, we will work with our partners to highlight Taiwan’s hard-won democratic lessons, strengthen networks of Asia’s democratic actors and build resilience against malign authoritarian influence in the region… As the CCP [Chinese Communist Party] becomes more aggressive in violating the global rules-based order, now is the time for all democracies … to invest in strengthening ties with Taiwan.

In other words, the US NED’s move in Taiwan is meant to contribute to Washington’s wider campaign of encircling and containing not only China but to fuel US-funded unrest targeting China’s closest regional allies.

Independence movements in Taiwan have identified themselves as part of the so-called “Milk Tea Alliance” – a united front of US-funded opposition groups from across the region attempting to coerce their respective governments into a confrontational posture toward Beijing. Most recently this has included the opposition in Hong Kong and anti-government protests in Thailand.

And while the US is clearly banking on its heavy investments in “soft power” – essentially region-wide political interference – China’s strategy focuses instead on economic ties underpinned by principles of non-interference.

It is no surprise that the Asian region has responded positively to the latter instead of the former.

The US and the wider Western media have promoted narratives of an impending Chinese invasion of Taiwan. This narrative has been used to justify the sale of US weapons to Taiwan’s military including a recent arms deal worth several billion US dollars.

The Business Insider in an article titled, “A Chinese invasion of Taiwan would not be easy, and the 400 anti-ship missiles the US plans to sell to Taiwan would make it even harder,” would note:

Less than a week after it authorized a $1.8 billion arms sale to Taiwan, the US Department of State notified Congress on Monday of another possible Foreign Military Sale to Taiwan for $2.4 billion that includes hundreds of Harpoon anti-ship missiles and launchers.

The big sale, if approved by Congress, would give Taiwan 100 Harpoon Coastal Defense Systems (HCDS) and 400 RGM-84L-4 Harpoon Block II Surface-Launched Missiles, very capable all-weather weapons that can search for and take out ships as far as half-way across the Taiwan Strait.

The sale of the additional missiles would later be approved.

The weapons are for a “Chinese invasion” that will likely never come and in addition to the US “soft power” networks Taiwan now serves as a base for – the US still lacks any means to confront or contain China’s influence – both in regards to Taiwan and in regards to the wider region.

The need for a “Chinese invasion” of territory already recognized as part of China by the UN makes so little sense on so many levels. But the clearest level is economically where mainland China now stands as Taiwan’s largest trade partner and investor.

Mainland China has been the key to Taiwan’s economic growth throughout recent years and had helped drive the easing of cross Strait tensions.

Because of Taiwan’s economic ties with the mainland, the most recent drive by the US to re-introduce a wedge between the two has come at high cost to Taiwan’s economy. The government fulfilling Washington’s desire to restrict mainland investment and  oppose Beijing’s decisions regarding Chinese territory has cut Taiwan off from economic inflows the US – and even the wider West – are unable to compensate for.

A look at Taiwan’s foreign investment and trade over the last two decades reveals an obvious and unavoidable trend regarding Taiwan’s near to intermediate future.  It is a trend of a shrinking Western role in Taiwan’s economy replaced by a rising mainland China – and a trend that inevitably impacts Taiwan geopolitically.

US efforts to build up Taiwan’s independence movement is meant to deliberately disrupt this trend – and it is doing so not by providing Taiwan with economic alternatives but instead baiting the island into a growing political and even military standoff with the mainland and its regional allies. This is being done specifically at the expense of Taiwan’s economic ties to both.

Just like Australia and others being drawn into Washington’s anti-Chinese foreign policy – such a stance is not sustainable. As long as China can avoid provocations and conflict and continue offering the benefits of economic prosperity and peace as an alternative to Washington’s strategy of tension – patience and time will run out for Washington’s style of Indo-Pacific hegemony and the interests in the region abetting it will be displaced by those interested in a more constructive regional architecture.

Perhaps on a more global scale a similar process can play out within the United States itself – where current circles of power pursuing this counterproductive foreign policy are displaced by those with a more constructive vision of America’s role not only in Asia but around the globe.

Washington Signals End of One China Policy Towards War Footing

0 thoughts on “Taiwan: A US Foothold Before a Chinese Tidal Wave”