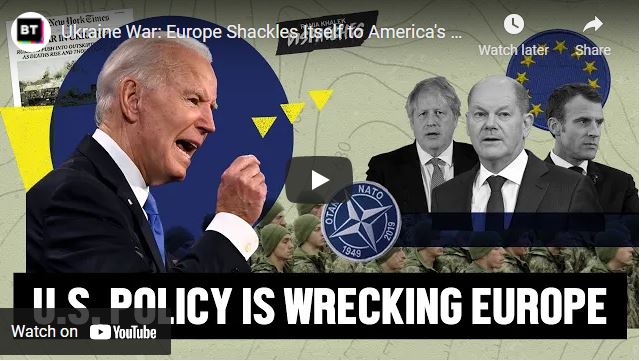 Two months into the war on Ukraine, why have Europeans allowed the US, which is of course not part of Europe, to dictate reckless policies against Russia over what are purely European issues? Is this a desperate last ditch effort to halt American and Western decline?

To discuss the future of Europe and the Western-dominated order, Rania Khalek was joined by Wolfgang Streeck, a sociologist and emeritus director at the Max Planck Institute for the Study of Societies.

Will German Tanks make a Difference? Update on Russian Ops in Ukraine

The Real Threat in the Ukraine Conflict

Russia-Ukraine war: In the West’s response, emotion has overcome reason

War it is – and escalation is coming