HOME / Multimedia / The Canary’s Kerry-Anne Mendoza On Censorship, Smear Campaign Against Left In The UK

The Canary’s Kerry-Anne Mendoza On Censorship, Smear Campaign Against Left In The UK 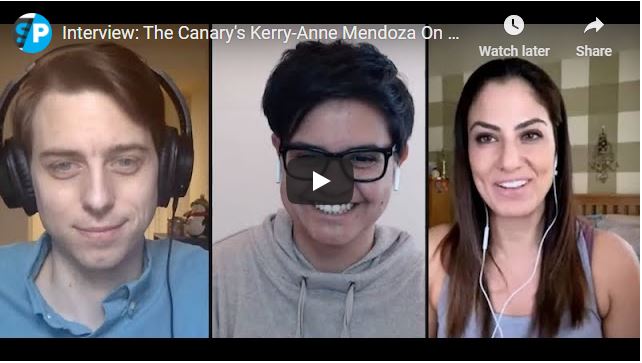 Kerry-Anne Mendoza, the editor-in-chief of The Canary in the United Kingdom, was systematically targeted on Twitter and suspended. Her account has since been restored, but it was part of a larger campaign against left-wing voices in the UK. She joins Rania Khalek and Kevin Gosztola to discuss this censorship.

Throughout the show, Kerry-Anne contextualizes her experiences on Twitter by recapping what happened to Jeremy Corbyn, who came very close to becoming British prime minister. She describes the blacklisting of Jewish voices affiliated with the Labour Party because they support Palestinian rights and breaks down this weaponization of so-called anti-Semitism to contain the left.

The Campaign to Topple Jeremy Corbyn: A webinar hosted by Miko Peled

Zionists Have Feelings Too

0 thoughts on “The Canary’s Kerry-Anne Mendoza On Censorship, Smear Campaign Against Left In The UK”