Lost History: When Europeans Fled to the Middle East. Plus, Myanmar and China, w/ Michael Vatikiotis 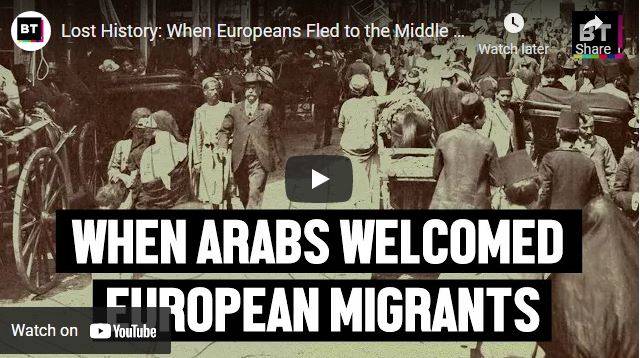 Rania Khalek spoke with writer and conflict mediator Michael Vatikiotis about his latest book exploring the lost history of Europeans fleeing to safety in the Middle East over a century ago.

Vatikiotis discusses recent developments in Myanmar, China and Southeast Asia. He is the Asia director at the Centre for Humanitarian Dialogue, a leading conflict resolution organization.

0:00 Intro
THE LEVANTINES
1:34 Who were the Levantine people?
4:27 Irony of Middle East being a safe haven for Europeans
5:59 European immigrants as appendages of imperialism in the Middle East
8:20 Why did this levantine phenomenon come to an end?
10:09 Controversial role of the Greek Orthodox Church in Jerusalem
14:27 From tolerance and liberalism to Wahhabism
19:08 When Wahhabis attempted to raid Jordan
21:14 Is southeast Asia a safe haven for diversity and multiculturalism today?
MYANMAR
24:06 What’s behind the coup in Myanmar?
27:41 What are the goals of Myanmar’s protest movement
29:47 Is there involvement of outside powers in Myanmar?
33:19 Myanmar and sanctions
35:05 Russia’s relationship with Myanmar after the coup
36:20 Decades of insurgency in Myanmar
40:32 The plight of the Rohingya
44:27 Identity politics as a legacy of British colonialism
44:44 Can the conflict in Myanmar be resolved anytime soon?
CHINA
45:54 Is there really a genocide happening in Xinjiang?
51:02 China’s “war on terror” vs America’s
55:10 Feudalism in Tibet and US-backed separatism
57:56 China’s political economy
1:03:17 The handling of COVID-19 in southeast Asia and economic consequences of the pandemic
1:08:27 Impact of climate change in east Asia
1:11:07 Why does it seem like conflict between the US and China is inevitable?
1:11:48 Do the Chinese view the US in the same cartoonish and menacing way that US media and politicians portray the Chinese?
1:15:58 Closer financial, economic, and political cooperation between the Middle East and China

0 thoughts on “Lost History: When Europeans Fled to the Middle East. Plus, Myanmar and China, w/ Michael Vatikiotis”