Labor Power Stands Up: Strike Action Sweeping the US 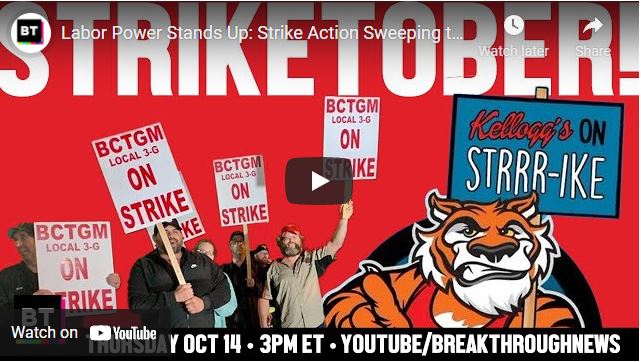 Join The Freedom Side LIVE to hear about what this means and how these movements can stand together, from Yasemin Zahra, chairwoman of Labor Against Racism and War.

To add historical context to this wave of workers exercising their power as the group that keeps things running, The Freedom Side features Dr. Francis Ryan, labor historian & assistant teaching professor in the Rutgers School of Management and Labor Relations.

PLUS: Steven Donziger on Chevron’s pillaging and destroying of Ecuadorian lands, the historic $9.5 billion case his team won against them & the rot within the criminal injustice system that has HIM confined to house arrest rather than Chevron executives

0 thoughts on “Labor Power Stands Up: Strike Action Sweeping the US”