HOME / Economy / The Corporations Are The Government: Notes From The Edge Of The Narrative Matrix 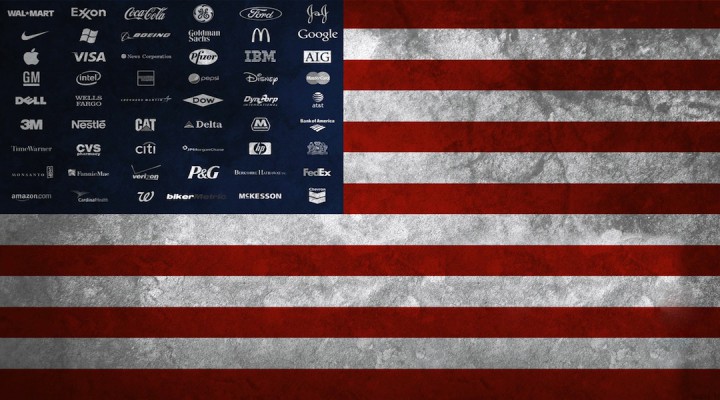 You’d think the revelation that the CIA planned to assassinate an award-winning journalist for journalistic activity would have been a bigger deal.

Capitalism hinders progress because it ensures that all mass-scale human behavior will be driven by the pursuit of profit. For example, a huge global issue we have right now is cleaning up the pollution in our oceans. That is an easily solved issue if you take out the profit motive; you don’t wait for market forces to find some way to make it profitable, you just get in there and clean it up. But with the profit motive it’s almost impossible to conceive of it ever being solved.

How often have you been excited by a great idea only to feel that familiar disappointment wash over you as you realize that it will never happen because it won’t make anyone any money? That’s how the profit motive stunts innovation.

The profit motive will never find a way to leave a forest alone or minerals in the ground. There’s no business plan that makes money out of moms being paid to bring up healthy, happy, secure children. You can’t find a way to make money out of people driving less or buying less. There is no money in curing an illness, only treating it. There is no money in solving poverty, only in setting up a multi-million dollar “charity” that never actually intends to solve poverty because it’s a business and a business requires endless expansion.

People who proffer the market as a solution to our massive problems have either never really thought about the restrictions of the profit motive, or they are heavily invested in pretending those restrictions don’t exist. I don’t respect either of those positions.

The corporations are the government. If you didn’t believe it before, believe it now that human rights lawyer Steven Donziger has effectively been sentenced to six months in prison by Chevron itself.

Human rights lawyer @SDonziger was sentenced to six months in prison today for contempt of court. For the first time in US history in such a case, he was prosecuted not by the US Justice Dept, but by a private attorney who worked for Chevron. #FreeDonziger https://t.co/mm8P3jS8ZJ pic.twitter.com/P5TmiChBRh

Never attribute to an elite cabal of Satanic pedovores what can be adequately explained by capitalism.

Remember when we learned that a very wealthy person can for a relatively small fee hire an army of former Mossad agents to terrorize, intimidate and subvert any private citizen?

It’s pretty fucked up how our criminal justice systems are like a century behind our understanding of developmental psychology, trauma and addiction.

Imagine if young people deployed to remove plastic from the ocean instead of to kill foreigners for Lockheed Martin.

The US and its allies have every obligation to absorb the immigrants fleeing the conditions created by the imperialist warmongering and economic exploitation inflicted upon them by that power alliance. If you want people to stay in their own countries then stop destroying those countries.

Wow Australia’s such a mess, I don’t understand how a continent-sized military base with no bill of rights that was built on prison labor and genocide and apartheid could be experiencing human rights issues.

Picture the most intrusive, Orwellian government you can possibly imagine: watching your every move, controlling everything you do. That’s the kind of power we should have over any system of government. Total transparency and accountability to the people, total control by the people.

I just cannot understand why all these damn anti-vaxxers and conspiracy theorists don’t trust a government that actively works against the public interest 100 percent of the time.

I mean if you can’t trust institutions that are deliberately constructed to subvert the common good for the benefit of the wealthy and powerful at every turn, who can you trust?

Leaving aside the horrifying normalization of worldwide online speech being controlled by Silicon Valley plutocrats, does anyone actually believe that censoring vaccine skepticism will lead to increased trust in the vaccines? Does that really sound like something that would work?

“Obviously the best way to convince conspiracy theorists to trust their institutions is to have an elite cabal of billionaire megacorporations in Silicon Valley coordinate the blanket censorship of their online speech.”

If there are future humans on the other side of the existential hurdles our species is approaching there is a zero percent chance that they still destroy the environment to manufacture useless junk because they all need jobs to keep numbers in their bank accounts so they don’t starve.

When you actually love someone you are intensely curious about them and fascinated by them. You want to know everything about their inner world and what makes them tick, and you delight in what’s revealed to you with profound appreciation. If this isn’t happening, it isn’t love.

A lady in a spirituality group I used to frequent announced she was filtering the fluoride out of her water and made a really big deal about it. Every day she’d gush about her amazing third eye visions and how great she was feeling and how she pities all our poor calcified pineal glands. Then one day someone showed her that the filter she was using doesn’t actually filter out fluoride.

I think about this often.

So much of what we call spirituality is just the mind searching for things that are already the case. Peace. Freedom. Presence. Boundlessness. Unconditional love. These things are already here, are already you. Just obscured by the mind’s flailing around trying to create them.

0 thoughts on “The Corporations Are The Government: Notes From The Edge Of The Narrative Matrix”