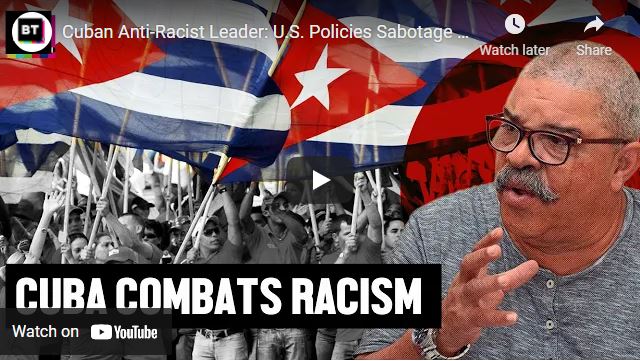 The Cuban revolution ended institutionalized segregation and gave immense new opportunities to the black population. But the fight against racism on the island is far from over, and the U.S. blockade continuously undermines racial equality.

While on the ground in Havana, BT’s Rania Khalek sat down with Pedro de la Hoz, head of the Aponte Commission, a special governmental body launched 12 years ago to address racism in the country. The commission led to the creation of a Cuban national program against racism and discrimination that President Diaz-Canel directs.

Surviving the Siege: Cuba and the U.S. Blockade [Dispatch from Havana]

Cuba’s economic strategy in the fight against sanctions

Top Cuban Vaccine Maker: How We Took on COVID Despite U.S. Siege

Cubans on the Street React to US Healthcare & Education Costs