US concessions to Palestine always work in Israel’s favour 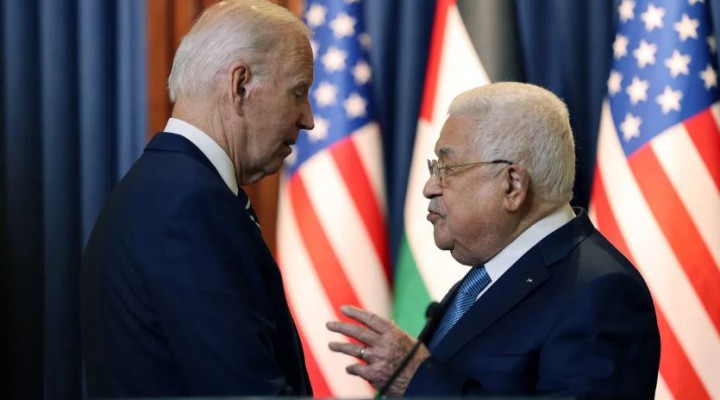 Further proof of US President Joe Biden reneging on his electoral promises with regard to Palestine is the ongoing refusal to reopen the US Consulate in occupied Jerusalem for use by Palestinians, and opting instead for creating a new role of Special Representative for Palestinian Affairs, which has been given to Hady Amr. Amr served as deputy assistant secretary of state for Israeli and Palestinian Affairs, and is known mostly for insisting that Israel devises ways to strengthen the Palestinian Authority; for Israel’s benefit, of course.

Equally clear is that PA Leader Mahmoud Abbas is acquiescing to US demands, despite his lamentations that the Biden administration is also employing the waiting tactic, which has stalled Palestinians’ political trajectory for decades. The PA’s delight at Biden’s election win was just a brief interlude; it soon became clear that his predecessor Donald Trump’s legacy would not be rescinded, apart from the US decision to allocate some financial support for Palestinian humanitarian needs.

According to Axios quoting an unnamed US State Department official, “The Washington-based Special Representative for Palestinian Affairs will engage closely with the Palestinians and their leadership and, together with Ambassador [Thomas] Nides and his team, continue to engage with Israel on Palestinian-related issues.”

While Israeli media is describing the move as an upgrade of US-Palestinian relations, diplomatic engagement between the US and the PA remains one that prioritises colonial collaboration, given that despite promises to bring the US back to the fold of international consensus regarding the two-state compromise, Washington remains tied to Trump’s political legacy. The international community has also aligned itself with the Abraham Accords, since

the plans mirror mainstream engagement with Israel. The PA, on the other hand, simply bleats its opposition and backs down before accepting concessions in return for its subjugation.

Amr will be working under Barbara Leaf, the US Assistant Secretary for Near Eastern Affairs who, last September, stated that improving economic

conditions in the occupied West Bank was crucial to “sustain improvement in security conditions.” Israel’s security, that is. Diplomatic relations with the PA, as far as the US is concerned, are only valid as long as it means that security coordination will remain “sacred”, as Abbas puts it. Outside of the security coordination parameters, the PA is a main player that only exists as an entity that fails to take political steps against Israel’s colonial expansion.

The US has stated repeatedly its purported commitment to reopen its consulate in Jerusalem, yet appointing Amr as special representative is another indication that the Palestinian request will go unheeded for the time being. Hence the creation of a role that purportedly champions Palestinian affairs and diplomatic relations with Washington. Yet another “concession” to Palestine that works in Israel’s favour.

Former US Special Envoy for Israeli-Palestinian Negotiations, and former Ambassador to Israel, Martyn Indyk described the US move as “a signal to the Palestinians of their importance”. Yet, the US does things differently with Israel. It doesn’t offer concessions to Israel; it offers military, financial and economic support, while Palestinians remain tethered to a humanitarian project that only serves Israel’s expansionist plans and interests. Importance does not necessarily have a positive connotation. In this case, the Palestinians’ “importance” is not directed towards their political rights, but the means through which Israel and the US can further their diplomatic engagement behind a facade that generates less criticism and fewer allegations of American bias towards the colonial-occupation state.

US concessions to Palestine always work in Israel's favour

Only Abu Akleh’s US citizenship is of concern to Washington

US complicity with Israel will enhance any future annexation plans