HOME / SOCIAL/CULTURAL / Jeffrey Epstein Again Disappears From View, but What About Mossad? 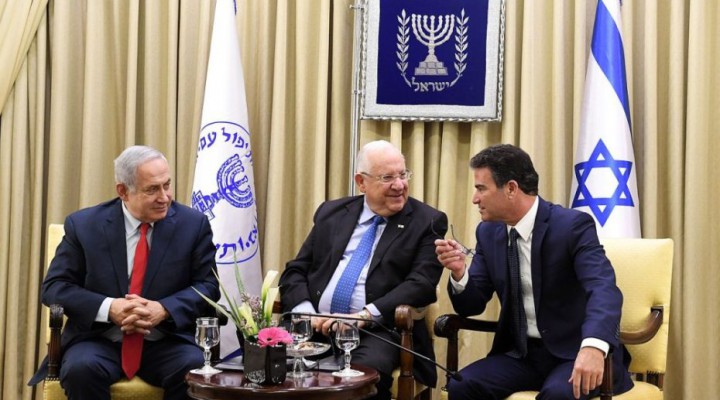 Given the high stakes in the game, quite likely there will be a cover-up both of how Epstein lived and how he died – and whom he worked for.

I have long argued that pedophile Jeffrey Epstein was clearly an intelligence agent and that he was most likely working for the Israeli external service Mossad. My belief was based on the nature of his activity, which suggested that he was able to blackmail important Americans using the sex tapes that he had been able to make at his Manhattan mansion. Put that together with the existence of his fake Austrian passport, as well as former Miami federal attorney Alexander Acosta’s comments  and it would seem that an intelligence connection is a sine qua non.

Acosta was particularly damning. When asked “Is the Epstein case going to cause a problem [for confirmation hearings]?” he replied “…that I had just one meeting on the Epstein case.” He’d cut the non-prosecution deal with one of Epstein’s attorneys because he had “been told to back off,” that Epstein was above his pay grade. “I was told Epstein belonged to intelligence and to leave it alone.”

The answers to those remaining questions about Epstein are still lacking even though he is gone, but one fears that the authorities will be disinclined to further investigate a dead man. It appears that no one in the various investigative agencies or the mainstream media has been interested in what Acosta meant, even though it would be simple enough to ask him. Who told him to back off? And how did they explain it? And then there is Epstein’s Austrian passport. Was the document fake or real, with a real name and photo substitution or alternation of both picture and name? How did he get it? Austrian passports are highly desirable in intelligence circles because the country is neutral and its holders can travel just about everywhere without a visa.

What Epstein did and how he did it was an intelligence operation in support of Mossad. There is no other viable explanation for his filming of prominent politicians and celebrities having sex with young girls. Recruiting and running American movers and shakers like Bill Clinton, with his 26 trips on the Lolita Express, former Governor Bill Richardson, or former Senator George Mitchell are precisely the types of “agents of influence” that the Mossad would seek to coerce or even blackmail into cooperation.

Other compelling evidence for a Mossad connection came from Epstein’s relationship with Ghislaine Maxwell, who reportedly served as his key procurer of young girls. Ghislaine is the daughter of Robert Maxwell, who died or possibly was assassinated in mysterious circumstances in 1991. Maxwell was an Anglo-Jewish businessman, very cosmopolitan in profile, like Epstein, a multi-millionaire who was very controversial with what were regarded as ongoing ties to Mossad. After his death, he was given a state funeral by Israel in which six serving and former heads of Israeli intelligence listened while Prime Minister Yitzhak Shamir eulogized: “He has done more for Israel than can today be said.”

Israel and high-profile Jewish players also have continued to turn up like bad pennies in the Epstein case, but no one seems to be interested in pursuing that angle. Epstein clearly had contact with former Israeli Prime Minister Shimon Peres and Ehud Barak and Epstein patrol Les Wexner also had close ties to the Jewish state and its government.

And now, finally more evidence of the relationship has surfaced even though the mainstream media appears to have lost all interest in the subject. A recent interview given by a former high-ranking official in Israeli military intelligence has inter alia made the claim that Epstein’s sexual blackmail enterprise was from the beginning an Israel intelligence operation involving the entrapment of powerful individuals and politicians in the United States and also abroad.

In an interview with Zev Shalev, former CBS News executive producer, the retired senior executive for Israel’s Directorate of Military Intelligence, Ari Ben-Menashe, claimed not only to have first met Jeffrey Epstein and his alleged procuress, Ghislaine Maxwell, in the 1980s, but that both Epstein and Maxwell were already working with Israeli intelligence prior to that time.

Ben-Menashe, was himself involved in the notorious Iran-Contra arms deals. He claimed that he had been introduced to Jeffrey Epstein by Robert Maxwell in the mid-1980s while Maxwell’s and Ben-Menashe’s were themselves working on Iran-Contra “…he [Maxwell] wanted us to accept him [Epstein] as part of our group …. I’m not denying that we were at the time a group that it was Nick Davies [Foreign Editor of the Maxwell-Owned Daily Mirror], it was Maxwell, it was myself and our team from Israel, we were doing what we were doing.” Ben-Menashe’s account has been corroborated independently by investigative journalist Seymour Hersh, describing how Maxwell, Davies and Ben-Menashe arranged the transfer and sale of military equipment and weapons from Israel to Iran on behalf of Mossad and the CIA during that time period.

Ben-Menashe, who would have absolutely nothing to gain by lying, described how Maxwell stated during the introduction that “your Israeli bosses have already approved” of Epstein. Maxwell was involved in an major intelligence network in Israel “which included the then-Prime Minister Ariel Sharon…” and was well placed to know that of which he spoke.

Will the three simultaneous investigations currently taking place even seek to ask the right questions now that the target of the investigation is gone and the new Ben-Menashe information has surfaced? Given the high stakes in the game, quite likely there will be a cover-up both of how Epstein lived and how he died and, most importantly, whom he worked for. Unfortunately, but predictably, the media and the inside the Beltway chattering class have lost interest in the story and we the public will most likely never learn what Epstein was all about. Just another instance of Israel spying on the United States…ho hum.

0 thoughts on “Jeffrey Epstein Again Disappears From View, but What About Mossad?”