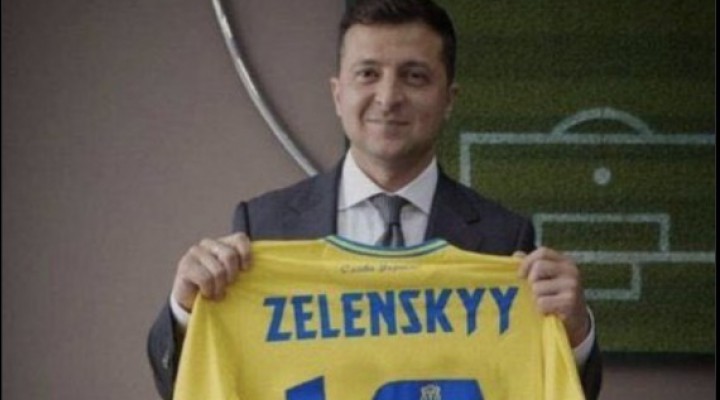 One week ago, the Ukrainian government may have deliberately attacked neighbor Poland in an attempt to draw the NATO alliance into its war with Russia. The incident involved a missile that hit a grain processing site inside Poland and killed two farmers. Ukrainian President Volodymyr Zelensky immediately blamed Russia for the incident even though he surely must have known that the missile had been fired from Ukraine, meaning that he may have been using a so-called “false flag” to create a false narrative of what had occurred. He also immediately called upon NATO to intervene, citing Article 5 of the NATO treaty which requires all members of the alliance to come to the aid of any individual member that is attacked. An attack on one is an attack on all. Poland is a NATO member and it currently hosts a permanent US military base.

The US mainstream media, most particularly the Associated Press and NBC News, immediately repeated the tale being told by Zelensky, but the “blame the Russians” narrative began to unravel. The remains of the missile revealed that it was of a type used for air defense that is in the Ukrainian arsenal, but not currently used by the Russians, and both Moscow and Washington surely had access to satellite imagery that would demonstrate the actual flight path of the missile that struck Poland.

Those in government and the media who wanted to be supportive of Zelensky began to suggest that the Ukrainian missile must have somehow malfunctioned to land in Poland, making it an unfortunate accident. But others more familiar with the performance characteristics of the weapon were skeptical, seeing something possibly more sinister in the tale.

By last Thursday the story had effectively disappeared in much of the mainstream media as it no longer conformed to the acceptable narrative that it was a Russian-launched missile, which Zelensky has since continued to insist to be the case. President Joe Biden, who was at the G-20 Summit conference in Indonesia at the time, to his credit, responded to the news by stating that there was no intelligence to confirm that the missile had come from Russia and that its apparent trajectory did not support that view. Ironically, Biden had authorized an additional $37 billion in aid for Ukraine the day before the incident in Poland took place.

Biden’s message seeking to deescalate the potential crisis was repeated by Pentagon and intelligence personnel during the day, though Secretary of Defense Lloyd Austin emphasized that the US would continue to support Ukraine “for as long as it takes.” He also added that even though the missile was Ukrainian, the incident was Russia’s fault. He did not explain why that was so. NATO’s secretary general Jens Stoltenberg also promoted the same line as Austin, commenting that the incident was “likely caused by a Ukrainian air defense missile fired to defend Ukrainian territory… This is not Ukraine’s fault. Russia bears responsibility for what happened in Poland yesterday because this is a direct result of the ongoing war.”

Given the fact that Zelensky has been saying and doing everything possible to draw the US and NATO into fighting Russia on his behalf, I believe that the missile strike was quite plausibly a deliberate “false flag” attempt to start a much broader war. That such a war could easily turn nuclear reveals just how reckless Zelensky can be. One NATO country foreign diplomat based in Kiev told the Financial Times that “This is getting ridiculous. The Ukrainians are destroying [our] confidence in them. Nobody is blaming Ukraine and they are openly lying. This is more destructive than the missile.”

To be sure, Zelensky is capable of anything and no lie is too mendacious for the former comedy actor who is now basking in the glow of his celebrity. Hollywood personalities like Sean Penn and Ben Stiller are increasingly making the pilgrimage to Kiev to shake hands, embrace and do photo ops. And Zelensky’s calendar is also featuring some trips to the United States. On November 30th, he will reportedly be in New York City at a “live event” hosted by the New York Times with Sam Bankman-Fried, Larry Fink (CEO of Blackrock), and US Treasury Secretary Janet Yellen as the main speakers.

Yes, Zelensky will be side-by-side with THAT Sam Bankman-Fried, if he shows up, who has also been much in the news lately for his having pulled off the largest currency fraud in history, creating losses for investors totaling multi-billions of dollars as a consequence of the collapse of his exchange-trading company FTX! And it just might be that Zelensky and Bankman-Fried already know each other. Bankman-Fried has been a major financial supporter of Democratic Party politicians, having donated $40 million for “get out the vote” projects in the recently completed election cycle. He is second only to George Soros as a Democratic Party funder, and also has separated donated to causes like unconditionally supporting Ukraine that the Democrats overwhelmingly favor. In April he hosted a conference at his $40 million home in the Bahamas which featured appearances by Tony Blair and Bill Clinton and he has also been a generous supporter of the American Israel Public Affairs Committee (AIPAC).

There has been considerable speculation that the unregulated and unmonitored flow of billions of dollars of US taxpayer provided money through Ukraine’s notoriously corrupt government provided a perfect mechanism for large scale money laundering. Former CIA analyst Larry Johnson has been following the FTX-Ukraine story closely and observes that “The financial collapse of FTX… is exposing evidence that the Democrats, some Republicans, the Ukrainians and FTX organized an elaborate financial kickback scheme. The scheme involved promising members of Congress who sent money to Ukraine a hefty contribution from a Democrat benefactor. In this case, the owner of FTX [Sam Bankman-Fried]. Once the US dollars were credited to Ukraine’s account, President Zelensky and his partners diverted some of the proceeds to purchase crypto currency from FTX. FTX, in turn, sent some of those funds back to the cooperating members of Congress and the Democrat National Committee.”

Other reporting reveals that Bankman-Fried had established a crypto donation “partnership” with the Ukrainian government which provided an estimated $60 million in “assistance” to Zelensky. The Ukrainian government website that reported some details of the arrangement mysteriously was “disappeared” two days before the FTX disaster was made public. The FTX tale, if it turns out to be largely verifiable, underlines just how corrupt a “money pit” called Ukraine is. Hunter Biden gets a well-paid sinecure place on a company board to get to his father and now Ukraine may be directly involved in a massive financial fraud. And Joe Biden obligingly is sending billions of dollars more to that crook Zelensky.

But the real issue is the war. Even assuming that the Ukrainian missile strike on Poland was due to some malfunction, Zelensky comes out of the process smelling really bad as he has worked assiduously at blaming Russia, which clearly is not true. He is using his contrived narrative to dramatically expand the war by creating a situation which would bring NATO directly into the conflict and which could easily go nuclear. Indeed, he is attempting to compel NATO participation. But potentially far worse, if it was a deliberate “false flag” provocation to bring about that end, his tactics should be harshly condemned by all the parties that are currently supporting Ukraine. Beyond that, the US and NATO, burdened with such an “ally,” should take immediate steps to disengage from supporting the fighting and call for a negotiated settlement of the conflict. Joe Biden, if he has any integrity left, and whoever is pulling his strings should not hesitate to take that step.

Putting an End to Zelensky’s Follies

Zelensky trapped by Moscow and Washington

0 thoughts on “Putting an End to Volodymyr Zelensky’s Follies”