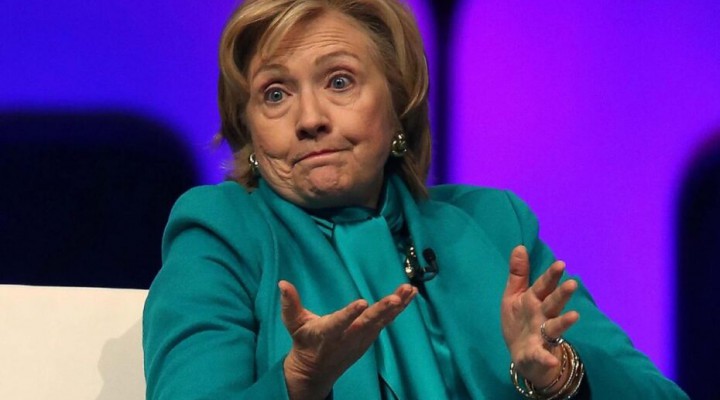 Attempts to delegitimize President Putin by making him an international poisoner is tragedy elevated by its absurdity to the level of farce.

It seems that ever since Hillary Clinton lost to Donald Trump in the U.S. presidential election of 2016 the western media and numerous politicians have been working especially hard to convince the world that the Russian government is little better than a modern version of Josef Stalin’s USSR. Part of the effort can be attributed to the Democratic Party’s desire to blame someone other than the unattractive candidate Hillary for the defeat, but there is also something more primitive operating behind the scenes, something like a desire to return to a bipolar world in which one knew one’s enemies and one’s friends.

The anti-Russian bias has manifested itself in a number of ways, to include the fabricated libel referred to as Russiagate, but it also featured personal denigration of the Russian leadership as a rogue regime inclined to employ assassination by poisoning against its critics and political opponents.

The first widely publicized assassination of a Russian dissident took place in London in 2006. Alexander Litvinenko, a former Federal Security Service (FSB) officer and critic of the government who had sought asylum in England, died after met two Russian acquaintances in a hotel bar and was reportedly poisoned by a dose of radioactive polonium inserted into his cup of tea. The Russians whom he had met with were named by the British police but the Russian government refused extradition requests. Without any evidence, the British media claimed that Litvinenko had been killed under orders from Putin personally.

More recently, the poisoning of former Russian intelligence agent Sergei Skripal and his daughter Yulia on March 4th, 2018 made headlines around the world. Sergei was living near Salisbury England and his daughter was visiting from Moscow when they were found unconscious on a park bench. A policeman later investigating the incident also suffered from the effects of what appeared to be a nerve agent, which investigative sources claimed had been sprayed on to the front door handle of the Skripal residence. Both Sergei and Yulia survived the incident.

There was quite a bit that was odd about the Skripal case, which came at a time when there was considerable tension between Russia and the NATO allies over issues like Syria and Ukraine. Russian President Vladimir Putin was regularly demonized, seen in the western media as a malevolent presence stalking the world stage.

Observers noted that the British investigation of the poisoning relied from the start “…on circumstantial evidence and secret intelligence.” And there was inevitably a rush to judgment. British Foreign Secretary Boris Johnson blamed Russia before any chemical analysis of the alleged poisoning could have taken place. British Prime Minister Theresa May told Parliament shortly thereafter to blame the Kremlin and demand a Russian official response to the event in 36 hours, declaring that the apparent poisoning was “very likely” caused by a made-in-Russia nerve agent referred to by its generic name novichok. The British media was soon on board, spreading the government line that such a highly sensitive operation would require the approval of President Putin himself. Repeated requests by Russia to obtain a sample of the alleged nerve agent for testing were rejected by the British government in spite of the fact that a military grade nerve agent would have surely killed both the Skripals as well as anyone else within 100 yards.

The expulsion of scores of Russian diplomats and imposition of sanctions soon followed with the United States and other countries following suit. The report of the new sanctions was particularly surprising as Yulia Skripal had subsequently announced that she intends to return to her home in Russia, leading to the conclusion that even one of the alleged victims did not believe the narrative being promoted by the British and American governments.

The response within the United States was also immediate and threatening. A New York Times editorial on March 12th entitled Vladimir Putin’s Toxic Reach thundered: “The attack on the former spy, Sergei Skripal, who worked for British intelligence, and his daughter Yulia, in which a police officer who responded was also poisoned, was no simple hit job. Like the 2006 murder of Alexander Litvinenko, another British informant, who was poisoned with radioactive polonium 210, the attack on Mr. Skripal was intended to be as horrific, frightening and public as possible. It clearly had the blessing of President Vladimir Putin, who had faced little pushback from Britain in the Litvinenko case. The blame has been made clearer this time and this attack on a NATO ally needs a powerful response both from that organization and, perhaps more important, by the United States.”

But the story of the poisoning of the Skripals begun to come apart very quickly. Former UK Ambassador Craig Murray detailed how the narrative was cooked by “liars” in the government to make it look as if the poisoning had a uniquely Russian fingerprint. Meanwhile prize winning U.S. investigative reporter Gareth Porter summed up the actual evidence or lack thereof, for Russian involvement, suggesting that the entire affair was “based on politically-motivated speculation rather than actual intelligence.”

The head of Britain’s own top secret chemical weapons facility Porton Down even contradicted claims made by May and Johnson, saying that he did not know if the nerve agent was actually produced in Russia as the chemical formula was revealed to the public in a scientific paper in 1992 and there were an estimated twenty countries capable of producing it. Some speculated that a false flag operation by the British themselves, the CIA or Mossad, was not unthinkable. Development of novichok type poisons is known to have taken place at both Porton Down and at the U.S. chemical weapon facility Fort Dietrich Maryland.

But the most damning evidence opposing a Russian role in the alleged poisonings was that Moscow had no motive to kill a former British double agent who had been released from a Kremlin prison in a spy swap after ten years in prison and who was no longer capable of doing any damage. If Moscow had wanted him dead, they could have killed him while he was still in Russian custody. Putin had an election coming up and Russia was to be the host of the World Cup in the summer, an event that would be an absolute top priority to have go smoothly without any complications from a major spy case.

There is now new evidence that the claims of Russian involvement in the alleged assassination attempt was fraudulent, engineered by the British government, possibly in collusion with American intelligence, to smear Vladimir Putin in particular. Bulgarian investigative journalist Dilyana Gaytandzhieva has written an article entitled “UK Defense Ministry Document Reveals Skripals’ Blood Samples Could have been Manipulated.”

Relying on a series of British-version Freedom of Information Act queries, Gaytandzhieva determined that there was a considerable gap between the time when it was claimed the Skirpals’ blood was drawn and the time when it was actually tested for possible poisons at Porton Down. The gap is inexplicable and means in legal terms that the chain of custody was broken. It further suggests that the samples could have been deliberately diverted and tampered with.

Gaytandzhieva, who provides copies of the relevant government documents in her article, sums up her case as “New evidence has emerged of gross violations during the UK investigation into the alleged poisoning of Sergei and Yulia Skripal in Salisbury on 4th March 2018.” The Ministry of Defense, which is in charge of the British military laboratory DSTL Porton Down which analyzed the Skripals blood samples responded to a request that “Our searches have failed to locate any information that provides the exact time that the samples were collected.” The samples “were collected at some point between 16:15 on 4 March 2018 and 18:45 on 5 March 2018. Even the time of arrival at Porton Down is indicated as “approximate.”

She also cites some expert testimony, “A British toxicologist [commented] that ‘It is inconceivable that with such a visibility case, and the obvious significance of any and all biological samples, normal and expected sample logging and documentation did not take place. The person drawing the sample, in any clinical or forensic setting knows that the date and time must be recorded, and the donor positively identified. In a criminal case, evidence gleaned from these samples would be thrown out as inadmissible… This lack of protocol is either very sloppy or clandestine.”

If the Skripals case sounds very similar to the recent alleged poisoning of Russian dissident Alexei Navalny it should, as the same rush to judgement by many of the same players took place. Navalny became ill while on a flight from Tomsk to Moscow on August 20th, 2020 and was taken to a hospital in Omsk after an emergency landing. The Russian hospital could not find any poison in his blood and attributed his condition to metabolic disorder. Two days later, the Russian government allowed Navalny to be transported to a hospital in Germany which then announced that the Putin government had poisoned Navalny with novichok, which became the story that was read and televised worldwide. Interestingly, there is now evidence that the air medevac team was standing by and ready even before anyone knew Navalny was ill, suggesting that it was planned in advance. Once in Germany, as in the case of the Skripal poisoning, the evidence of the crime mysteriously disappeared for a while. Blood samples and water bottles allegedly containing the novichok were sent to the Organization for the Prohibition of Chemical Weapons offices for verification. They took five days to arrive.

The doubts regarding both the Skripals and Navalny poisonings might suggest that the Cold War never really ended, at least from the Anglo-American perspective. Whatever Vladimir Putin has been doing for the past three years hardly touches on genuine U.S. or British interests, unless one considers the governance of places like Ukraine and Syria to be potentially threatening. That someone, somewhere, somehow seems to be making an effort to isolate and delegitimize President Putin by making him an international poisoner is tragedy elevated by its absurdity to the level of farce. It serves no purpose and, in the end, can only lead to mistrust on all sides that can in turn become very, very ugly.

0 thoughts on “Putin the Poisoner? More Doubts Over Attempts to Delegitimize Russia’s Leader”