HOME / WORLD / More War by Other Means: Sanctioning the Wife of Syria’s President Makes No Sense to Anyone 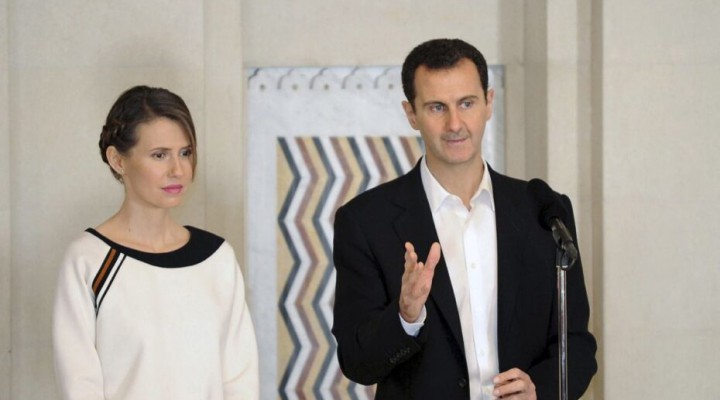 More sanctions, by all means. More grief and suffering and more people around the world wondering what exactly the United States is doing.

I am a recipient of regular, usual weekly, emails from the Department of the Treasury providing an “Update to OFAC’s list of Specially Designated Nationals (SDN) and Blocked Persons.” OFAC is the Office of Foreign Assets Control, which is tasked with both identifying and managing the financial punishments meted out to those individuals and groups that have been sanctioned by the United States government. A recent update, on November 10th, included “Non-Proliferation Designations; Iran-related Designations.” There were ten items on the list, names of Chinese and Iranian individuals and companies. Those who are “Specially Designated” on the list are subject to having their assets blocked if located in the United States and are also not allowed to engage in any financial transactions that go through U.S. banking channels. As many international banks respect U.S. Treasury “designations” lest they themselves be subjected to secondary sanctions that often means in effect that the individual or group cannot move money in a large part of the global financial marketplace.

The complete SDN list is hundreds of pages long. The Treasury Department defines and justifies OFAC’s mission “As part of its enforcement efforts, OFAC publishes a list of individuals and companies owned or controlled by, or acting for or on behalf of, targeted countries. It also lists individuals, groups, and entities, such as terrorists and narcotics traffickers designated under programs that are not country-specific. Collectively, such individuals and companies are called ‘Specially Designated Nationals’ or ‘SDNs.’ Their assets are blocked and U.S. persons are generally prohibited from dealing with them.”

In reality, of course, OFAC’s sanctions are highly political. They are clearly a form of economic warfare, particularly when entire sectors of a nation’s economy are blocked or a part of a government itself is listed as has been the case with the Iranian Revolutionary Guard Force. Wave after wave of “maximum pressure” sanctions on Iran have made it difficult for the country to sell its only major marketable resource, oil, and it has been locked out of most normal financial networks, making it difficult or even impossible to buy food and medicines.

In many cases sanctions have no practical effect but are rather intended to send a message. There have been new sanctions directed against Moscow and Russian government officials have been sanctioned due to their alleged involvement in activities that the United States does not approve of. The sanctions are imposed even though those “specially designated” have no assets in the U.S. and do not engage in any international financial transactions that could be blocked or disrupted. In those cases, the federal government is sending a message to whomever has been sanctioned to warn them that they are being watched and their behavior has become a matter of record. It is basically a form of intimidation.

Whether sanctions actually work is debatable. The example of Cuba, which was sanctioned by the U.S. for nearly sixty years, would suggest not. Some would argue that on the contrary countries with totalitarian regimes would actually improve their behavior if their citizens could travel freely and welcome visitors, providing evidence that foreigners do not pose a threat justifying a police state.

Within the United States government, it is largely accepted that the most powerful advocate of the sanctions regime is Secretary of State Michael Pompeo, who has been the driving force behind recent sanctions directed against both China and Iran. If that is so he might well be challenged on one of the most bizarre and basically pointless applications of sanctions in recent years, targeting Asma the wife of Syrian President Bashar al-Assad as well as her family that lives in London and are British citizens. Per Pompeo’s statement on the new sanctions “The Department of State today is imposing sanctions on Asma al-Assad, the wife of Bashar al-Assad, for impeding efforts to promote a political resolution of the Syrian conflict pursuant to Section 2(a)(i)(D) of Executive Order 13894… Asma al-Assad has spearheaded efforts on behalf of the regime to consolidate economic and political power, including by using her so-called charities and civil society organizations.”

But the real kicker is Pompeo’s condemnation of Asma, of Syrian origin but English born and raised, is how he involves her family. Her father-in-law Fawaz is a renowned cardiologist at Cromwell Hospital in South Kensington who was educated in England and has lived there for decades. “In addition, we are sanctioning several members of Asma al-Assad’s immediate family, including Fawaz Akhras, Sahar Otri Akhras, Firas al Akhras, and Eyad Akhras as per Section 2(a)(ii) of EO 13894. The Assad and Akhras families have accumulated their ill-gotten riches at the expense of the Syrian people through their control over an extensive, illicit network with links in Europe, the Gulf, and elsewhere.”

Inevitably, no evidence is provided to support any of the allegations about Asma al-Assad and her English family. Asma’s charities are for real in her war-torn country and she is highly respected and admired by those who know her and are not influenced by U.S. and Israeli propaganda.

In reality, the United States has been trying hard to overthrow the Syrian government since 2004 when the Syria Accountability Act was passed. Much of the heat in Congress behind the passage of the act was generated by the Israel Lobby, which wanted to weaken the regime and reduce its ability to represent a viable military force possibly capable of regaining the occupied Golan Heights. Be that as it may, the United States has been hostile to the country’s government and has frequently called for regime change. To bring that about, the U.S. supported al-Qaeda linked terrorist groups operating against Damascus and American soldiers continue to occupy Syrian oil fields in the southeast portion of the country. The Syrians have also been subjected to waves of sanctions that have done grave damage to their economy. American and Israeli concerns have sometimes been linked to the presence of Damascus’ allies Hezbollah and Iran, both of whom have military units based inside Syria, but the simple fact is that neither Iranians nor Lebanese in any way threaten the vastly superior American and Israeli forces present in the region.

One has to ask why, given the realpolitik playing out in the Middle East, Washington and Pompeo feel compelled to go after Asma al-Assad and her family, apparently to include absurdly blaming relatives living for many years outside of Syria for fueling the war. More sanctions, by all means. More grief and suffering and more people around the world wondering what exactly the United States is doing.

0 thoughts on “More War by Other Means: Sanctioning the Wife of Syria’s President Makes No Sense to Anyone”